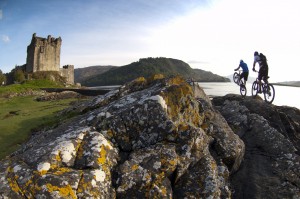 You’ve read the story, you’ve seen the pictures and the preview video…. now watch the full account of our trip through Torridon and Skye with three mountain bike legends; Steve Peat, Danny MacAskill and Hans Rey.

Sky Sports is launching a new series called Cycle Sports World and the Scotland trip is featuring in the first two episodes.

You’ll get to see exclusive interviews with the three legends as they join us on our week-long Torridon and Skye mountain bike holiday to see why everyone’s raving about mountain biking on Scotland’s rugged west coast.  Follow them as they ride the best trails that we could throw at them, drink local whisky and sit around the camp fire sharing stories in this two part mountain biking extravaganza. 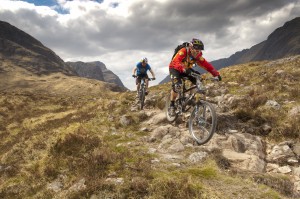 The first instalment will be aired at 17.00hrs on 22nd February on Sky Sports 3

The second instalment will air at 17.00hrs on 1st March on Sky Sports 4.

If you want to follow in their tyre tracks, have a look at our 2011 Torridon and Skye dates and book the best mountain bike holiday of the year!