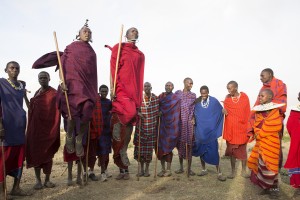 Mara Naboisho Conservancy is a partnership between more than five hundred Maasai households and five ecotourism operators, including Asilia Africa. Together, the partners formed a community wildlife conservancy in 2010 which protects over 20,000 hectares of critical wildlife habitat, and is home to our award winning Naboisho and Encounter Mara camps.

Gerard Beaton, General Manager at Asilia Africa, was at the forefront of the conservancy’s formation and is a sitting board member. “Mara Naboisho Conservancy’s unique model of partnership and joint decision making is innovative and effective. This recognition by African Responsible Tourism Awards comes as we complete our first five year development phase and all partners involved should be applauded! A lot has been achieved: over 300 new jobs, incomes to over 500 Maasai families and further indirect benefits to approximately 10,000 people,” he said.

Out of 25 finalists in a number of categories Mara Naboisho Conservancy was a joint winner with Ol Pejeta Conservancy in the Best for Wildlife Conservation category.

“The competition was stiff and we congratulate all the organizations that made it to the shortlist,” said Beaton. “For wildlife conservation and human development this is important recognition that will stimulate interest in this model and help move the agenda in Africa forward.”

Naboisho Conservancy is indicative of Asilia’s belief that by collaborating with partners and local communities we can conserve Africa’s great wilderness areas for generations to come.