Lindblad Expeditions-National Geographic announced today that they have successfully completed a comprehensive single-use plastics elimination program across their fleet. Lindblad’s ships are now 100% free of all single-use plastic bottles, cups, straws and stirrers. The effort supports National Geographic’s Planet or Plastic? campaign, a multiyear initiative aimed at raising awareness about the global plastic crisis and reducing the amount of plastic in the world’s oceans. 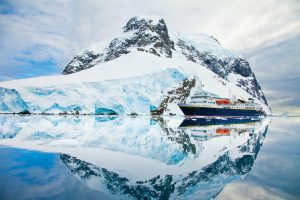 “The ocean is under major assault on so many fronts, and its protection is both a business mission and a personal passion,” stated Sven Lindblad, CEO of Lindblad Expeditions, ocean advocate and founding member of Ocean Elders. “It is enormously gratifying that our team has achieved this milestone in our elimination program. The health of our planet is dependent on our oceans, and it is essential that we change our behavior with regard to plastics.”

“Lindblad Expeditions has been a valued partner since 2004, when we first started working together to offer extraordinary expedition cruises to some of the world’s most fascinating places,” said Gary E. Knell, CEO of National Geographic Partners. “Our shared passion for adventure and conservation made our alliance a natural fit, and their tremendous effort to eradicate single-use plastic reaffirms that. We are proud that Lindblad is taking action to make a positive impact on this pressing problem, and we hope that their efforts inspire other travel companies to do the same.” 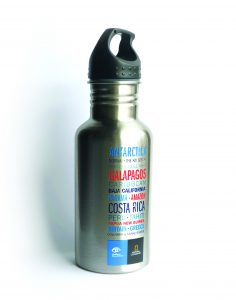 Lindblad Expeditions began working towards the elimination of avoidable plastic waste in 2007 when they banned single-use plastic water bottles. Instead, guests receive individual reusable stainless-steel bottles that may be refilled at filtered-water stations located around the vessels. Lindblad’s commitment continues as they work with suppliers and seek partners to eliminate and reduce plastic packaging for the items they supply.

“The next phase in executing a broader reduction in our plastic packaging requires an industry-wide mandate to our suppliers to explore sustainable alternatives,” Lindblad said.

Lindblad has built a global travel company with conservation and environmental stewardship as core business tenets. The company’s commitment to the places they explore includes (since 1997) more than $15 million to support stewardship efforts through the Lindblad Expeditions-National Geographic Fund (LEX-NG Fund), which awards approximately $1.5 million dollars in grants per year. In 2017 that funding supported initiatives in Alaska, Baja, Galapagos, the Peruvian Amazon, Cambodia, Antarctica, the Pacific Northwest, Central America and more through the Pristine Seas project, National Geographic’s largest initiative dedicated to environmental preservation. Initiatives included killer-whale research in Antarctica, artisan training in the Peruvian Amazon and Galapagos, and conservation-based research projects to protect humpback whales in Southeast Alaska.

The LEX-NG Fund has recently strengthened its strategic mission in support of projects that address the health and viability of the world’s oceans, coastlines and coastal communities. Focused on the global regions explored by the LEX-NG fleet and beyond, in 2018 the aim is to engage and inspire people from all backgrounds, building unprecedented capacity in a new generation of marine leaders, while furthering its established conservation initiatives worldwide.