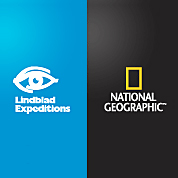 National Geographic Quest will be able to bring guests to the same remote spots the fleet has explored for decades while setting a new standard in comfort and style. The ship will feature 50 cabins, 22 with balconies, and eight that can be configured into four adjoining cabins for families; all category 5 cabins can accommodate a third guest. The ship will be outfitted with a fleet of 24 sea kayaks, paddle boards, snorkeling equipment, and –Zodiacs — all of which are geared to get guests out and into the wild, remote places being explored; state-of-the-art expedition technology, including a remotely operated vehicle (ROV), video microscope, and a hydrophone and bow-cam designed for immediate bow deployment to hear and film, for instance, humpback whale vocalizations and see bow-riding dolphins.

Her first voyage will be the 13-day “Treasures of the Inside Passage: Alaska & British Columbia.”  This expedition will give the ship a day in the San Juan Islands and a day in the Gulf Islands before heading north through BC and Alaska.

The National Geographic Quest will then operate on the popular “Exploring Alaska’s Coastal Wilderness” voyage on a Saturday to Saturday schedule July 8 through August 26, 2017.  The ship will then finish off the Alaska season with a “Treasures of the Inside Passage: Alaska and British Columbia” departure on September 2, 2017.

Following the Alaska season, the ship will remain in the Pacific Northwest for a series of new voyages between Seattle and Vancouver, with stops in the San Juan Islands, Victoria, Alert Bay, and more far reaching stops in British Columbia’s channels and fjords. Beginning in December 2017, National Geographic Quest will reposition and operate voyages in Costa Rica and Panama before kicking off a series of new voyages in Belize and Guatemala starting in February, 2018.