The day after the 2017 Adventure Travel World Summit formally ended, hundreds of delegates packed their bags and departed Salta, but for dozens of others, there was still something to address. Sixty-three women working in the adventure travel industry extended their stay and attended the Adventure Women’s Leadership Studio, an 11-hour workshop designed for women to uncover the professional challenges they face, understand underlying societal and cultural issues that create inequality, and develop personal leadership plans.

Facilitated by Moe Carrick, the workshop was developed in response to requests from women to specifically address the struggles they encounter working in this male-dominated industry. Research released by the Adventure Travel Trade Association (ATTA) earlier this year indicated the adventure travel trade industry has made better progress than other industries in regard to gender equality, but the deep dive discussion that took place the day after the Summit clearly demonstrated there is still a lot of work to be done. 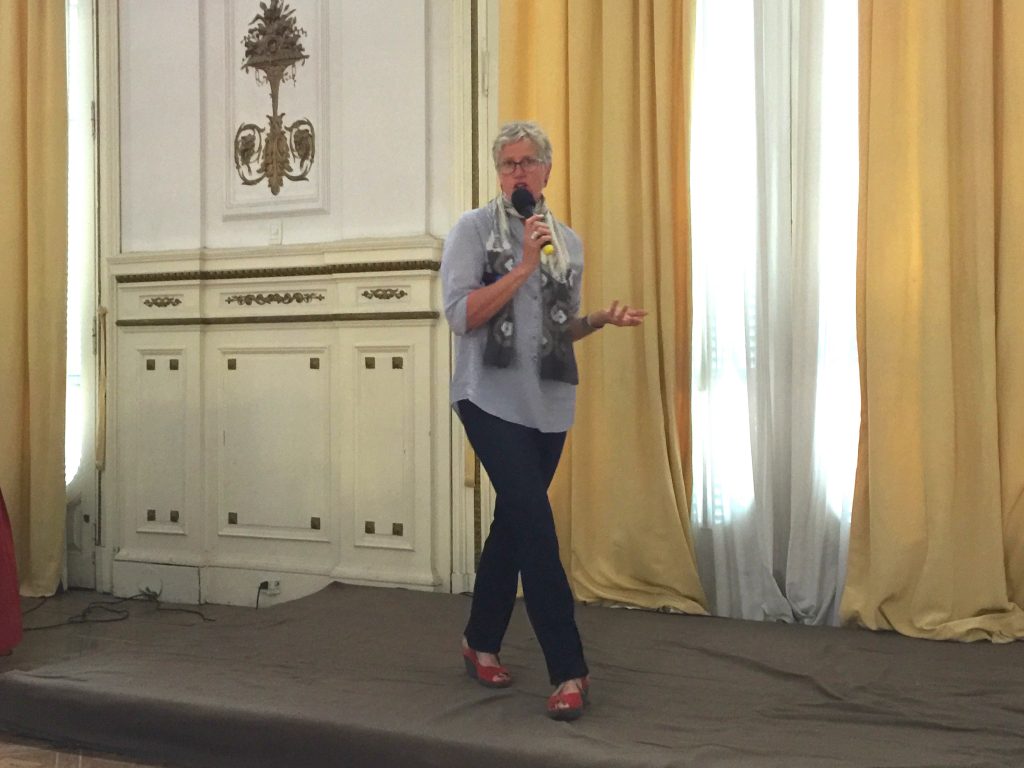 Carrick, who is the principal and founder of Moementum, Inc., a consulting firm dedicated to the vision of creating a world that works for everyone using business as a force for good, came well-prepared to arm women with information, insight, and affirmation that the work they do is important and needed in the industry. “The Adventure Women’s Leadership Studio was the most inspirational part of the conference for me,” said Kate Wannan of Wild Women Expeditions. “I needed that connection with powerful women from my tribe, and it feels great knowing I am supported in my industry as a woman.”

Part interactive planning session and part support group, the Studio began by addressing the reality women face in the industry followed by an opportunity to verbalize what women want the reality to be 20 years from now. They assessed their personal leadership skills and discussed the power blocks encountered in their personal and professional lives. After learning about strategies to combat these obstacles, women had time to map out their plans as they continue on their leadership journeys.

Given systemic advantages built into societal structures and expectations about what a successful leader looks like, the question many women struggle with is “How can I authentically be me?” Women often feel pressured to choose between different forces pulling for attention in their lives: Mother or business owner? Professional board member or PTA parent? Supportive colleague or leader? The world is wrought with labels and preconceived notions about the personal and professional roles women should play, and Carrick encouraged Studio participants to think broadly about the idea of and/both. Women can be parents and business owners, active in their children’s daily lives and professional circles, feel deeply on an emotional level and serve as a leader.

One of the most eye-opening aspects of the Studio for many participants was time spent addressing power blocks — actions and characteristics women practice or embody, often without realizing they do so — and ways to overcome them. While there are certainly external forces at play that keep women from reaching positions of leadership, uncovering and understanding things within their own control opened up the opportunity to be proactive in developing leadership skills, even if it is sometimes messy. “Leadership is a practice. We do it wrong and often before we get it right,” Carrick said.

“Myself and seven other ATTA staff members attended the Studio for our own personal development and industry support. As a woman leader in the industry the content resonated with me and I walked away with some powerful tools to consider when my own words and actions may undermine my leadership,” said Casey Hanisko, president of ATTA. “The Studio was a fantastic blend of understanding systematic biases as well as uncovering the ways we can reframe our perspective on leadership and empower ourselves and the women around us.” 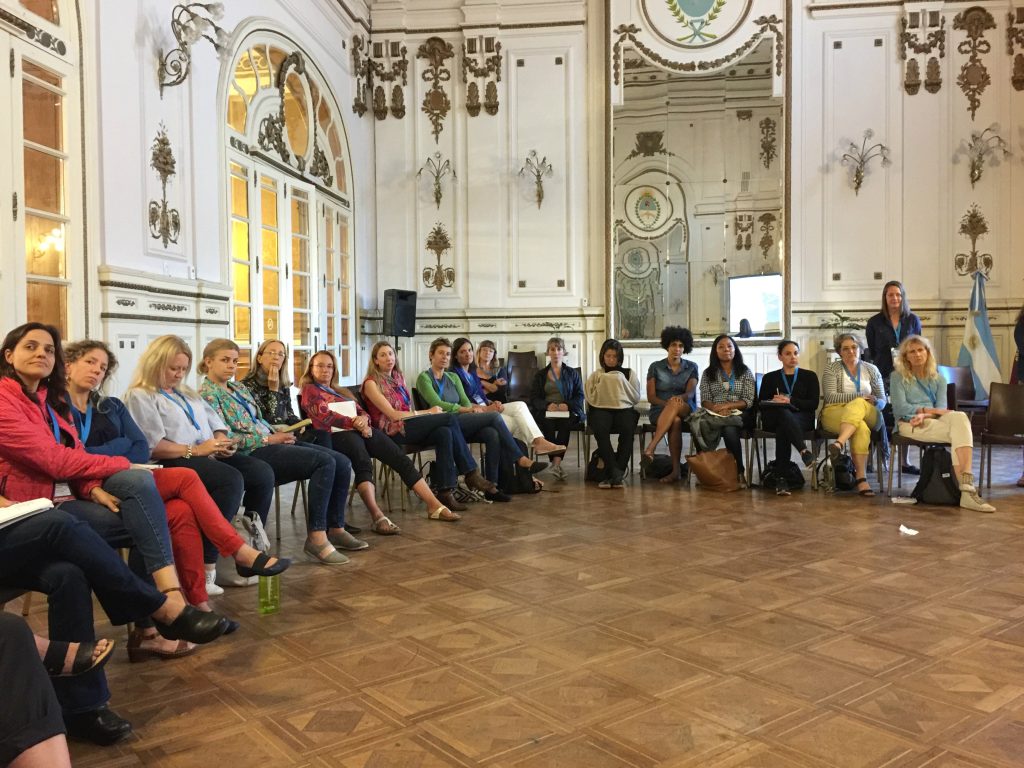 Armed with the knowledge they can drive their own leadership journeys, Carrick explained why it is important leaders cultivate empathy, self-compassion, courage, and vulnerability, and what those characteristics look like in practice. “In my opinion, empathy is the solution to many problems,” she said, noting the particular importance of human connection in successful leadership.

The women also learned how to give constructive peer-to-peer feedback, a skill they can use to help each other as well as other friends and colleagues. “Asking for feedback is an act of vulnerability,” Carrick explained. “We are drawn to people when they’re vulnerable, but it’s often the last thing we want to reveal in ourselves.” After sincerely practicing this skill with each other, Carrick asked the women how they felt about the exercise. A palpable vibe of enthusiasm could be felt throughout the room as they called out their reactions: “Proud!” “Seen!” “Validated!”

At the conclusion of the Studio, participants walked away with personal plans for implementing leadership strategies in their lives. Additionally, throughout the day, there was an ongoing discussion about what the next steps are for the industry as a whole, and ideas such as mentoring programs, more family-inclusive programming, and additional workshops like the Studio surfaced. No specific plan was put in place to amplify this collective voice, though participants agreed it is essential that men be brought into the conversation.

“I learned that it’s totally possible and okay to work full time and still be a great mom,” Wannan said. “I learned how important it is for women to come together and support each other not only in the adventure travel industry but in all aspects of life. And most importantly, I learned to identify thoughts and actions that take power away from me as a woman and how to stop this from happening.”

Though there is a long way to go before there’s no longer a need to discuss inequality in the adventure travel industry, the Studio was a great first step for empowering women working in the space. “For almost three years, we have driven toward this event, and now that it has happened I feel incredibly proud and empowered to continue — there is clearly a large number of women, and also men, who want more,” Hanisko said. “The ATTA will be work closely with Moe Carrick, using feedback from this year’s Studio delegates, to craft and offer additional development and community creation opportunities.”