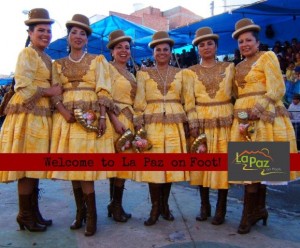 Fellow tribe members GLP Films and La Paz on Foot are sharing the benefits of a recent filmmaking collaboration that allowed the ATTA members to showcase their skills as destination storytellers and a purveyor of high-quality, responsible travel in the Central Andes, respectively.

The collaboration began when GLP landed a film contract with an international think tank to document a project in Bolivia focused on climate change and deforestation. GLP then aggregated additional clients to create a robust filming expedition, including two new travel films with National Geographic and three outdoor adventure films with Columbia Sportswear.

With an admirably jam-packed agenda to organize and a challenging landscape to navigate, GLP enlisted fellow ATTA member La Paz on Foot as an official partner to help with on-location logistics for the Bolivia film expedition in exchange for a short promotional video to be produced
by GLP.

Locally-owned and operated La Paz on Foot had already had several experiences working with photographers and filmmakers in the high Andes and was eager to get involved in something more substantial that could highlight Bolivia’s spectacular landscapes and diverse culture groups, in addition to showcasing the company values that underlie its approach responsible tourism in the Andes.

And the results? Hopefully they speak for themselves! Have a look at the film produced by GLP Films in this win-win partnership!