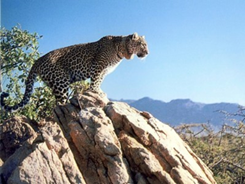 Denver, CO – Jamhuri Day, from the Swahili word jamhuri, meaning “republic,” is December 12 in Kenya – a double holiday marking both the country’s independence from the UK in 1964 and its establishment as a republic in 1965. To honor the upcoming double-celebration, from Kenya’s 50th year of independence through its 50th year as a republic, Africa Adventure Consultants (AAC) has announced a 9-day luxury Kenya safari to remote culturally and eco-sensitive sites.

AAC’s Kenya 50th Anniversary Safari offers intimate game viewing in Amboseli National Park, known for its huge elephant herds; Shaba National Reserve, famous for its association with conservationists Joy and George Adamson and the film Born Free; and the Masai Mara Game Reserve, with one of the highest lion densities in the world and home to the wildebeest migration July – October. Luxurious accommodations at each of these remote destinations share eco-friendly and community-friendly missions with remarkable service and exceptional guides.

Accommodations for the unforgettable Kenya experience include the Tourism for Tomorrow-winning Tortilis Camp near Amboseli, honored for its groundbreaking eco-design and ethos. The luxury camp features only 16 exquisitely built tents all with views of Mt. Kilimanjaro. In Shaba National Reserve, stay at Joy’s Camp, an oasis in the arid lands of Sambura, built on the site of Joy Adamson’s tented home where she lived with Penny the leopard, heroine of her last book. The camp overlooks a large natural spring, perfect for up-close wildlife viewing while dining on a menu featuring homemade breads and fresh, organic ingredients from the garden. 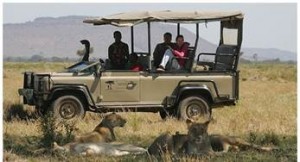 Catering to a maximum of only 14 guests in world-famous Masai Mara, Saruni offers six elegant cottages designed and built by Kenyan architect Mark Glen. View wildlife from a large private veranda or “shower with a view.” The Saruni owners’ dedication to preserving Masai culture and the surrounding ecosystem includes serving as founding members of Mara North Conservancy and part of the Northern Rangelands Trust.

The 9-day Kenya 50th Anniversary Safari is available year-round with seasonal rates starting from $5,588 per person land only. Kenya’s December 12 Jamhuri Day takes place during mid-season, with rates starting from $6,535 per person but subject to change based on personalization of the itinerary around the celebration festivities.

A leading safari company specializing in crafting custom itineraries to 13 African countries, Africa Adventure Consultants (AAC) was recently named to the 2013 National Geographic Traveler “50 Tours of a Lifetime” and to Men’s Journal’s “Best Summer Adventures 2013” as well as being granted that magazine’s “Approved by MJ” status. AAC also received a 2013 Ubuntu Award from South African Tourism as an outstanding travel partner. The staff at Africa Adventures Consultants has lived, worked, and traveled throughout Africa, giving them an insider’s perspective on how to create the best safaris in the continent’s top destinations.