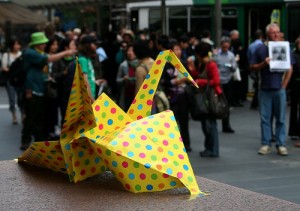 Fears around infrastructure issues and nuclear radiation have seen sharp decreases in inbound tourism to Japan, which is responsible for 2.2% of Japan’s GDP and 2.3% of employment this year (according to the WTTC, as quoted in the Wall Street Journal). Meanwhile, most major airlines have reduced the size of aircraft serving Japan outbound, while hotel construction plans remain unchanged.

Read the full article, Many Tourists Cancel Trips to Japan

While the Disaster has a Ripple Effect Across the Globe

Another WSJ update traces the impact of the earthquake, tsunami and nuclear leakage across multiple financial and manufacturing economies across the Asian region. While many sectors are expected to recover quickly,

Other industries, like tourism, may find it harder to adjust. In Thailand, for instance, as many as 70,000 travelers have already canceled bookings for travel to Japan because of fears over radiation leaks, said Charoen Wangananont, president of the Thai Travel Agents Association…William Heinecke, chairman and chief executive of Minor International, a Bangkok-based hotel and retail company that operates across Asia, said he’s hopeful the drop in travel to Japan won’t be a problem. Many of the travelers may reroute to other tourist destinations in the region, resulting in no net loss for big hospitality companies, he said. “We’re still hoping for a very good year,” he said.

Marketwatch.com noted that the US inbound tourism market is primed to take a sizable hit, with Japanese tourists comprising its 4th largest inbound group annually. In 2009, more than 2.9 million Japanese visited, spending roughly $13 billion  ($4,400 per person). Of these visitors, Hawaii usually sees the lions’ share, with California and New York trailing behind:

The Hawaiian Tourism Authority said that in 2010, the islands together received 7.1 million visitors, 17.4% of which came from Japan — the largest single source outside of the States.

Japanese visitors spent $1.93 billion, or about $160.9 million a month, estimated to support 20,209 jobs and add $210.4 million to the state’s tax coffers. The tourism office had earlier projected a 2.1% increase in the number of visitors this year, but it is not sure if and when that projection will be revised.

“The market is very important,” said David Uchiyama, vice president of brand management at the Hawaii Tourism Authority. “We saw an initial dropoff with the earthquake and tsunami. Since then, our arrivals into the state year-over-year were in the 17% to 19% dropoff [range].”

Meanwhile, Bloomberg informed  that cancellations of conferences and group travel from Japan have already impacted cash flow in Hawaii’s hotel industry enough to sideline multiple loan refinances and is thought to have slowed the  industry’s recovery by one to two years.

Looking Ahead: The Road to Recovery

The Independent has reported the International Air Transport Association in Geneva has announced confirmation from six United Nations agencies monitoring the impact of the Fukushima Dai-ichi nuclear plant that no hazards to health or transportation services are present, and that there is no need for Japanese travelers to submit to screening for radiation at other global ports.

“Safety is always the top priority,” said Giovanni Bisingani, director general and CEO of IATA. “The transparent and continuous monitoring of the situation has allowed Japanese and international authorities to confirm that Japan’s airports remain open and safe for travelers and transport workers.

The Independent instructs that those considering travel to Japan should consult the website dedicated to updates on the situation from the Japanese Civil Aviation Bureau.