Investing in Indigenous Tourism May be Key to Regenerative Future

In his keynote speech at the 2022 Adventure Travel World Summit in Lugano, Switzerland, entrepreneur and Alaya co-Founder Jean-Claude Razel said that as an industry we need, “A transition narrative for tourism – less is better.” He challenged tour operators to stop selling what customers want, and to instead “start selling what destinations need.”

For many, this call to action sounded a bit antithetical to how tourism businesses typically operate. But it also brought forth an important question: what do destinations need?

The answers may vary widely from one region to another across the globe, but members of the adventure travel community can likely agree on at least one universal truth: In order to build a more sustainable and equitable industry, destinations need thriving local communities that have a stake in tourism development, a deep knowledge of place, and the desire and ability to protect their natural resources.

There may be no better path forward in this regard than investing in Indigenous tourism efforts.

“Indigenous people think and act more on a holistic basis. And that's because of the belief systems that many of us have – especially the belief that we are all related. One to another, humans to animals to trees to water to air. Everything is related,” said Ben Sherman, Chairman of the World Indigenous Tourism Alliance (WINTA). “That's one of the reasons that Indigenous people treat the world as we do, because if you believe that something or someone is part of your own family, your own kinship, that determines how you treat them.”

According to Sherman, Indigenous tourism is still mostly undeveloped worldwide when it comes to infrastructure – more often than not, there is a lack of resources for training, marketing, and funding within Indigenous communities. WINTA seeks to change that.

“Two exceptions to this are in Canada and in western Australia – and in New Zealand, where Maori tourism is doing okay,” Sherman said. “And then, it drops off fast from there.”

Sherman explains that Canada’s exceptional success began several years ago when Canadian consultant Beverley O'Neil, from the Indigenous Ktunaxa First Nation, did a broad assessment of Indigenous tourism in Canada. She collected data on Indigenous businesses across the country, including their contributions to the country’s tourism industry and government revenue.

“This all started with good research and data to justify support, which is why WINTA is going to focus on research on a global scale,” Sherman explained. ”Research is a key focus in looking to the future.”

Research also suggests that going beyond sustainability toward a future of regenerative tourism may be most successful if developed in partnership with Indigenous tourism. As National Geographic reported in 2021, a growing body of evidence shows that, “Indigenous land stewardship can enhance what ecologists call functional diversity—a measure of how many goods an ecosystem provides. It joins a growing scientific literature revealing that Indigenous people—both historically and today—often outperform government agencies and conservation organizations at supporting biodiversity, sequestering carbon, and generating other ecological benefits on their land.”

Of course, like many trends and catchphrases in the industry, the concept of regenerative tourism runs the risk of catching on more as a marketing tactic than a set of best practices. But when asked if he thinks it is possible to operate in a truly regenerative way, Sherman is adamant that not only is it possible, it is absolutely necessary.

“The people who talk about having a better tourism world are on the forefront of those most interested in saving the world,” he said. “Many of WINTA’s closest partners and allies around the world who are not Indigenous share our belief system of interconnectedness and taking care of the natural world. So when I get up each day, I am hopeful we will make strides.”

According to their website, the World Indigenous Tourism Alliance was founded to “create and support an international network of Indigenous individuals and groups dedicated to tourism development.” Sherman said that in addition to research, WINTA’s efforts are also focused on providing training to communities that are looking to develop tourism, as well as working to build partnerships with regional tourism boards and tour operators.

Community training initiatives vary by destination, from multi-day workshops to working together to develop an Indigenous tourism program. Content includes practical skills to develop and run a business, as well as creating a unified vision, set of goals, and sustainable approach to tourism. WINTA also teaches leadership skills so members can organize to grow the tourism effort throughout their larger community, region, or country.

“Indigenous communities care a lot about more than making money. They want good stable communities. They want their families to participate and do well, and they are most interested in taking care of their land. It goes way beyond the normal mechanics of doing business,” Sherman explained.

At a larger scale, WINTA works to develop Indigenous tourism organizations that can function on their own at the regional or country level  – ideally with support from the government, tourism industry, NGOs, and academia. To gain that support, WINTA speaks on behalf of Indigenous communities to help all stakeholders understand what they have to work with.

Sherman acknowledges that approaching people in power and government officials requires diplomacy. “The goal is to work with them, but also to show they have an obligation to learn from and listen to Indigenous people. So little is known about Indigenous communities, and that is part of the problem,” he added. “[Non-Indigenous] people don’t know much about what they do, how they live, or what their aspirations are.”

Diplomacy is something Sherman learned from a young age. A member of the Indigenous Oglala Lakota (Sioux) Nation, he grew up on the Pine Ridge Indian Reservation in South Dakota, USA.  Based on how he was treated on the reservation and in the border towns, Sherman spent his formative years believing all non-Indigenous people did not like him, and was surprised later in life to find out that was not the case.

Sherman chose to work in tourism as a vehicle to work toward Indigenous rights. He sees it as an opportunity for Indigenous people to make themselves known, though more resources and equitable partnerships within the industry are still needed. This is where WINTA seeks to build bridges.

For businesses and tourism boards who are interested in working with Indigenous communities but unsure of where to begin, Sherman offered a few key first steps to avoid common mistakes.

“We’ve seen so many [non-Indigenous] tour operators who want things done on their terms, and they lose the trust of the people they are trying to work with,” Sherman said. “So the first step is to do some research, and learn about the Indigenous peoples and issues in the area.”

Sherman also suggests learning how to do business with Indigenous communities using the UNWTO recommendations for developing sustainable Indigenous tourism, which five of WINTA’s board members – including Sherman – helped develop based on the earlier Larrakia Declaration. 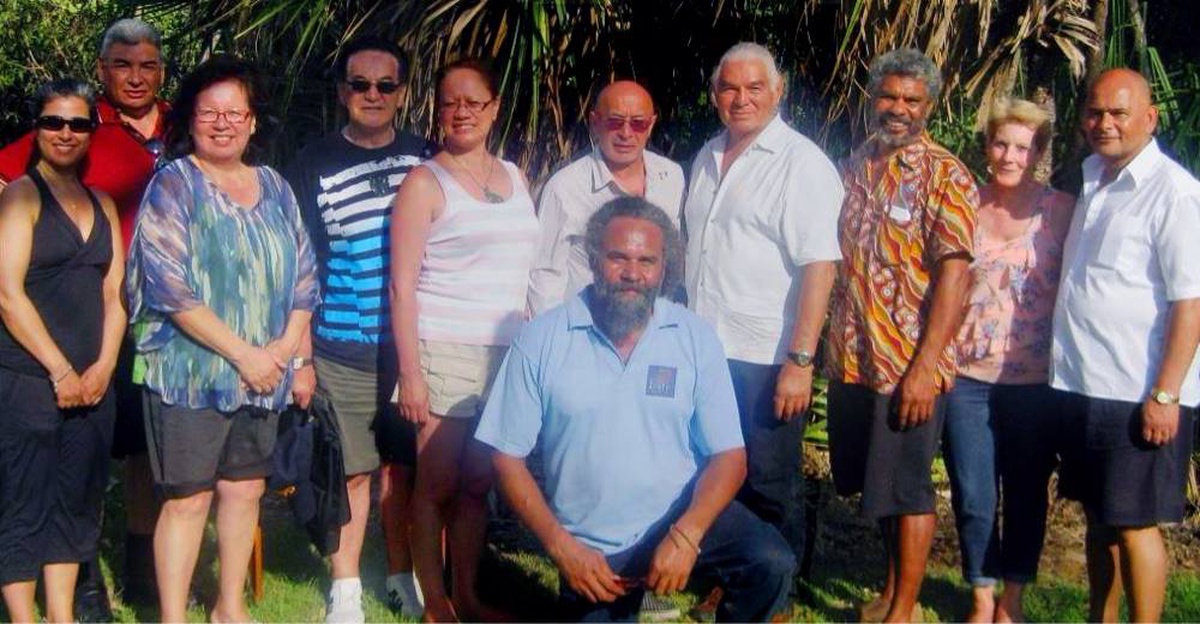 “Larrakia is the name of an Indigenous tribe in Australia. When we first founded WINTA in Darwin in 2012, we did it on Larrakia land, so we named this declaration that came out of the conference the Larrakia Declaration,” Sherman explained. “And we’ve been carrying that around and pushing that forward the past ten years, which led to UNWTO creating these recommendations.”

Some of the UNWTO guidelines are straightforward – and what a responsible tour operator would do anyway – but others are not so obvious. For example, working to truly understand different value systems and worldviews, which offer important context before developing a business relationship.

To learn more or get involved with Indigenous tourism, a small list of additional resources are included below. Business and professional ATTA members may also be interested in the following webinar: Meet the Experts: Indigenous & Community-based Tourism: Challenges & Opportunities

The World Indigenous Tourism Alliance (WINTA) was incorporated on 27 March 2012, in the Larrakia Nation in the Northern Territories of Australia. The organization was created from the global, collective aspirations of Indigenous interests in tourism and is an Indigenous initiative that is based on key human Indigenous rights including the rights to self-determination, self-governance, and the right to maintain and develop their own distinct institutions and to maintain and develop cross-border contacts critical to maintaining their communities and cultures.

Today, WINTA is established to facilitate future international partnerships on behalf of six Indigenous tourism associations. As a non-profit, the organization is guided by a Leadership Council and operated by a dedicated team of volunteers.

Ben Sherman, Chairman of the WINTA Leadership Council, is a member of the Oglala Lakota (Sioux) Nation, from the Pine Ridge Indian Reservation in South Dakota, USA. He is the president of the Native Tourism Alliance which specializes in the business development of American Indian tourism and native arts projects. Ben is a national leader in American Indian tourism and has presided over numerous development conferences, workshops and trade shows in this tourism sector. Ben is also a founding member of the Native Tourism Alliance, Business Enterprises for Sustainable Travel, First Peoples Fund, American Indian/Alaska Native Tourism Association and a foundation member of the WINTA Leadership Council.