This Women’s Equality Day, Monday, August 26, Intrepid Travel—the world’s largest B Corp, adventure travel company—is so proud to celebrate five important feats the business has achieved for women across the globe this year, empowering women to find economic and social development through tourism. 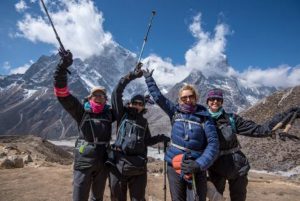 4. Created gender balance on its Board of Directors

3. Led the fight for gender equality in Moroccan tourism

Whether walkouts from business moguls like Google or countries that are only instating laws to allow women to travel and drive a car, there are many women still struggling to find parity in wages, job opportunities and social and political climates. Despite government-wide movements, women earn only 10% of the world’s income and, on average, earn half of what men earn, according to the UN.