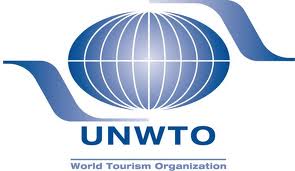 International tourist arrivals grew by 4.4% in 2011 to a total 980 million, up from 939 million in 2010, in a year characterised by a stalled global economic recovery, major political changes in the Middle East and North Africa and natural disasters in Japan. By region, Europe (+6%) was the best performer, while by subregion South-America (+10%) topped the ranking. Contrary to previous years, growth was higher in advanced economies (+5.0%) than in emerging ones (+3.8%), due largely to the strong results in Europe, and the setbacks in the Middle East and North Africa.

“International tourism hit new records in 2011 despite the challenging conditions,” said UNWTO Secretary-General, Taleb Rifai. “For a sector directly responsible for 5% of the world’s GDP, 6% of total exports and employing one out of every 12 people in advanced and emerging economies alike these results are encouraging, coming as they do at a time in which we urgently need levers to stimulate growth and job creation,” he added.

Europe surpasses the half billion mark in 2011

Despite persistent economic uncertainty, tourist arrivals to Europe reached 503 million in 2011, accounting for 28 million of the 41 million additional international arrivals recorded worldwide. Central and Eastern Europe and Southern Mediterranean destinations (+8% each) experienced the best results. Although part of the growth in Southern Mediterranean Europe resulted from a shift in traffic away from the Middle East and North Africa, destinations in the Mediterranean also profited from improved outbound flows from markets such as Scandinavia, Germany and the Russian Federation.

Asia and the Pacific (+6%) was up 11 million arrivals in 2011, reaching a total 216 million international tourists. South Asia and South-East Asia (both +9%) benefited from strong intraregional demand, while growth was comparatively weaker in North-East Asia (+4%) and Oceania (+0.3%), partly due to the temporary decline in the Japanese outbound market.

The Americas (+4%) saw an increase of 6 million arrivals, reaching 156 million in total. South America, up by 10% for the second consecutive year, continued to lead growth. Central America and the Caribbean (both +4%) maintained the growth rates of 2010. North America, with a 3% increase, hit the 100 million tourists mark in 2011.

Africa maintained international arrivals at 50 million, as the gain of two million by Sub-Saharan destinations (+7%) was offset by the losses in North Africa (-12%). The Middle East (-8%) lost an estimated 5 million international tourist arrivals, totalling 55 million. Nevertheless, some destinations such as Saudi Arabia, Oman and the United Arab Emirates sustained steady growth.

Available data on international tourism receipts and expenditure for 2011 closely follows the positive trend in arrivals.

International tourism on course to hit one billon in 2012

UNWTO forecasts international tourism to continue growing in 2012 although at a slower rate. Arrivals are expected to increase by 3% to 4%, reaching the historic one billion mark by the end of the year.Emerging economies will regain the lead with stronger growth in Asia and the Pacific and Africa (4% to 6%), followed by the Americas and Europe (2% to 4%). The Middle East (0% to +5%) is forecast to start to recover part of its losses from 2011.

These prospects are confirmed by the UNWTO Confidence Index. The 400 UNWTO Panel of Experts from around the globe, expects the tourism sector to perform positively in 2012, though somewhat weaker than last year.

As destinations worldwide look to stimulate travel demand under pressing economic conditions, UNWTO is urging governments to consider advancing travel facilitation, an area in which in spite of the great strides made so far there is still much room for progress. UNWTO advises countries to make the most of information and communication technologies in improving visa application and processing formalities, as well as the timings of visa issuance, and to analyze the possible impact of travel facilitation in increasing their tourism economies.

“Travel facilitation is closely interlinked with tourism development and can be key in boosting demand. This area is of particular relevance in a moment in which governments are looking to stimulate economic growth but cannot make major use of fiscal incentives or public investment,” said Mr. Rifai.