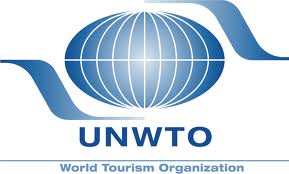 International tourist arrivals grew by 4% between January and August 2012 compared to the same period of 2011 according to the latest UNWTO World Tourism Barometer. The resilience of international tourism in a continuing uncertain economy is further confirmed by the positive data on tourism earnings and expenditure.

“This growth is a very positive result in view of the global economic situation. We must remain cautious, however, as we have also observed some weaker months during the year, a trend that might return in the remainder of the year,” said UNWTO Secretary-General, Taleb Rifai.

Growth slowed down in June (+2.7%) and July (+1.4%) as compared the first five months of the year (average of 5%), yet recovered in August at 4%, a positive result for the month that accounts for the highest volume of international tourism in the year.

Emerging economies (+5%) have clearly regained the lead as compared to advanced ones (+4%).

By regions, growth was stronger in Asia and the Pacific and Africa, followed by the Americas and Europe. The Middle East continues to show signs of recovery, with particularly promising results in Egypt.

Tourism earnings and expenditures also on the rise

Among the top 10 international markets by expenditure on travel abroad, growth was significant during the first six to nine months of 2012 in China (+30%), Russia (+15%), USA (+9%), Canada (+6%), Germany (+5%), and Australia (+4%) as well as in Japan, where a 7% increase confirms the recovery of this important market. Following a decline in recent years, the UK recorded a modest 2% growth in tourism expenditure, while both Italy and France showed declines in the level of expenditure on travel abroad.