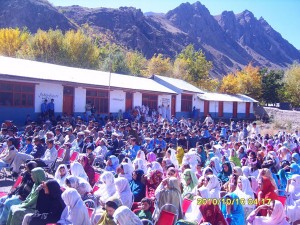 The International Day of Climate Change was celebrated in Booni, Chitral, Pakistan, through the facilitation of Destination Management Organization (DMO) Chitral and 350.org. The theme of the day was ‘Breaking of Booni Glacier, Its Relation to Climate Change’. As many as 500 people from different walks of life participated.

The day has had significance for the people of Booni as they have recently witnessed a flood destroying their valuable property and causing them major health problems, psychological twists and infrastructure disruption.

The objective was to join the worldwide communities in highlighting climate problems—breaking of glacier, untimely melting of snow, frequent floods and unpredictable climate conditions—in the Hindu Kush Mountains.

To begin with, speeches highlighting the prospects of climate change in the Hindu Kush Mountains were delivered. Mr Sadruddin, the principal of Orion School of Learning (OSL) impressed upon the participants to save the Booni village by protecting natural environment. This challenge could be successfully tackled by offering environmental-friendly education/values to children within the family right from their childhood. In turn, this will make the task easier for teachers, once they are admitted to schools. He also said that ecology/ natural biodiversity had to be included into the curriculum of government/ private schools as a compulsory subject from class 1st. Meanwhile; teachers need to be imparted skill enhancement training regarding natural environment. 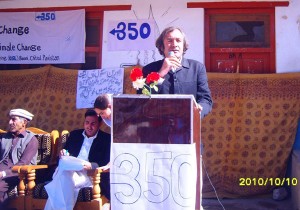 Shams Uddin, Organizer of the Event

Mr Shams Uddin, the Coordinator of DMO Chitral and the key organizer of the event, upheld that nature has the characteristics quite like those of a loving mother. Nonetheless, the difference is that ‘mother’ along with her children is dependant on ‘mother nature’ for healthy life. Nature feeds us with a variety of cereals, fruits and vegetable. It provides us with oxygen and clean water to mention a few. Bearing this in mind, we have to take great care of nature, the manifestation of which could be the adoption of environmental-friendly manners and values by the entire society.

Mr Uddin maintained that the natural beauty of Chitral is an asset, which we can market to attract more tourists. Unfortunately, climate change/ global warming is going to erode the base natural resources and environment. From tourism standpoint, climate change that destroy natural environment—a valuable tourism product— is even a greater loss.

Advocate Amir Akber Khan, himself a social worker, said that we did not have to loose time waiting for another catastrophe to happen. We have to stand united to tackle the future floods in the following ways. First, proper canalization of the stream bed is greatly important. Second, ‘as charity begins at home’, there has to be hectic and coordinated fund raising campaign in the Booni village. “In order to save the village from further destruction, we have to contribute a sizable amount sell out livestock. With this money we can canalize the stream bed and construct protective walls along the stream line”, he said. Meanwhile, grazing on the Booni Gol rangeland needs to be restricted for ever. Without dealing the problem on self-help basis, we should not expect government and NGOs to play role in this regard.

He said that people had witnessed something unforgettable being unfolded that was the breaking of the Booni glacier, which he termed as an ‘eye-opener’ for the local communities.

The students arranged theatre centering on the Booni flood and its aftermath. The play they enacted depicted social, political and cultural complexities in times of crisis and highlighted the helpfulness of modern technology. For instance, mobile phone was used as an instrument of Early Warning System (EWS) by volunteers high up in the Booni stream. Similarly, they played of individuals who remained oblivious towards natural hazards as they basically lacked the inbuilt knowledge to assess the enormity of a natural disaster. Likewise lack of medical care, non-existence of portable water that led to widespread water-born diseases was effectively highlighted. Further, women’s drudgery of fetching water from long distance for cattle and household use constituted an interesting component of the play. The participants appreciated the efficiency of the students in preparing and executing the play. 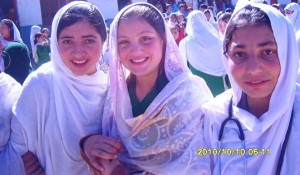 Students who helped organize the event

The students sang songs of nature and the serene beauty of the Chitral valley, its lakes, snow-capped peaks, forest, alpine meadows, flowers, medicinal herbs, fruits and crops, all of which sustain on a suitable natural climate. The singers mourned the missing of the valuable bird species from the ecological chain. Such birds used to live when most of the participants were young people. It was indicated that climate change has been responsible for the migration/ extinction of the bird species.

‘Don’t turn my heaven into hell’ was the theme of poetic session. The student poets wisely couched the issues of climate change into poetic language. They appealed to the sentiments of the audience to keep the natural environment from being degraded into a sort of ‘hell’ by becoming unbearably hot. Further, funny anecdotes related to nature were shared with the participants. Pieces of engaging wits were skillfully blended into making the cause of climate change more motivating. It must be noted that Khowar poetic sessions have been used as an effective tool of campaign to critically analysis the local politics, poverty, corruption and forced marriage and other social issues.

A placard bearing walk of parents and students through the Booni village was taken out from OSL, which ended as it reached near the Booni Market. The purpose of the walk was to spread the message of International Day of Climate Change amongst the villagers.

• That there has to be an effective fund raising campaign by the local communities to save Booni from the catastrophe of natural calamities in future. To this end, every household has to contribute a sizeable amount even if they have to sell out their livestock.

• The environmental-unfriendly practice of irrational grazing of Booni Gol rangeland by the nomads with as many as 6000 goats and sheep has to be halted forthwith.

• Standard research work by reputed glaciologists and environment scientists is what the participants recommended to properly evaluate, understand and establish authentic baseline data on the deteriorating condition of natural environment in the mountains of Chitral.

• In order to protect Booni from the spillover of mud-flood in future, check dams need to be constructed in the side valleys high up in the Booni Gol rangeland.

• Deforestation of juniper, birch and shrubs in the Booni Gol rangeland has to be immediately stopped and plantation on a wide scale has to be undertaken by communities/ school students. 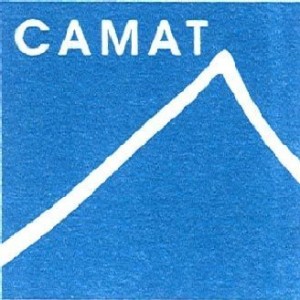 • The bed of the Booni stream needs to be canalized to provide permanent course for the water. This way materials that the flood deposited all along the stream bed, could be washed into the Mastuj River.

• There have to be awareness raising seminars, workshops and conferences on climate change and its impacts on the mountainous communities of Chitral.

• Last but not the least; the participants thanked the organizers of International Day of Climate Change, which the local community so urgently needed.