At the 2016 Adventure Travel World Summit, Keith Henry, CEO of the Aboriginal Tourism Association of Canada, made the following profound statement: “Authenticity equals ownership.” Henry was a panelist in the session “Developing Partnerships with Indigenous Operators and Communities,” and since the Summit, I have been contemplating this statement. 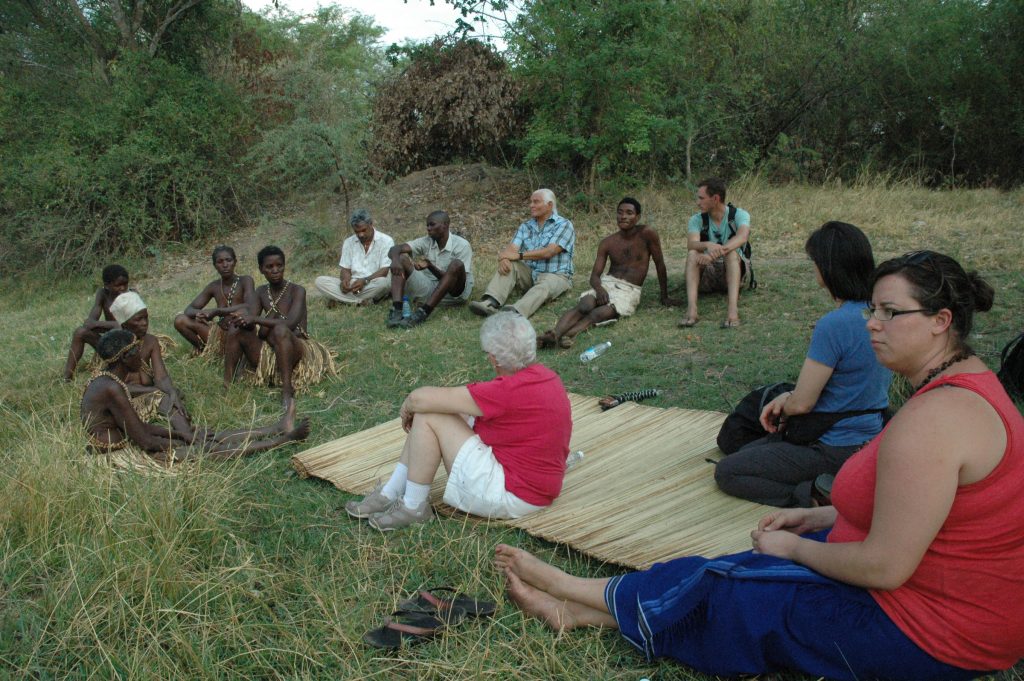 Delegates attending Pre-Summit Adventures in Namibia learned about the local culture and traditions from those who lived in the area. © ATTA / Kristen Gill

What does ownership mean? And how can this short statement help us unlock the quest for authenticity? As 9 August is the United Nations’ International Day of the Worlds’ Indigenous Peoples, this is the ideal time to explore these questions more in-depth.

Despite its overuse, travelers seek out experiences that meet their perception of authentic, and experience providers like to claim their experiences are unique. Indeed, I often remind operators that one can mountain bike almost anywhere in the world. Nearly every destination offers some form of hiking or trekking. It is the people and their stories that make a place unique.

The Adventure Travel Trade Association’s definition of adventure travel seems to acknowledge this as well: Adventure tourism is a trip that includes at least two, and ideally all, of the following three elements — physical activity, interaction with the natural environment, and cultural immersion and exchange. Participating in physical activity on vacation is not enough to be considered world-class adventure tourism. Instead, tourism should strive to connect the traveler to the place being visited.

If guests are seeking authentic experiences that connect them to local people and cultures, it is no wonder that indigenous tourism is receiving increased attention. This gets back to Henry’s statement that “authenticity equals ownership.” On the surface, the word “ownership” implies economic control — businesses owned by the indigenous people who currently live, or traditionally lived, on the land where the tourism activities takes place.

Tour operators and travel agencies can support indigenous tourism by working directly with indigenous-owned businesses. A great example is Tundra North Tours, an Inuit-owned company based in Inuvik, Northwest Territories, Canada. Owner Kylik Kisoun Taylor started Tundra North when he was only 20 years old after he saw a gap in what was being offered and what visitors to Inuvik were seeking. After more than a decade in business and numerous awards, Tundra North continues to serve the growing market with travel experiences that immerse visitors into the stunning arctic landscape.

“To me, ownership means the direction and vision of the business is from indigenous people — that it helps build, grow, and sustain the culture to help create understanding and build relationships between indigenous people and other cultures,” Taylor said. “It’s about providing cultural-based jobs and sharing our way of life for a truly transformative experience for our guests.”

Efforts are currently underway to fill another gap in the local market: lodging. Tundra North is leading up the effort to create a luxury eco-lodge that would facilitate a longer stay for visitors, and serve as a base for more in-depth arctic experiences.

Another way industry professionals can support indigenous ownership is to choose companies that enter into partnerships with local communities. In these scenarios, the local community retains ownership of the land the lodges are built on, and sometimes owns the lodges outright. The company has a contract to operate lodges built on communal land for a period of time, and the local community benefits from jobs and concession fees, as well as royalties. These funds help to improve schools, domestic water supplies, and clinics.

Gorges Lodge by Imvelo Safari Lodges in Zimbabwe is an example of this model. Damaraland Camp, operated by Wilderness Safaris in Namibia, is now fully owned by the Torra Conservancy. The local community also owns Ol Lentille in Kenya.

A Deeper Dive Into Ownership

While very important, I believe there is more to ownership than just the ownership of land and businesses. A core aspect of sustainable tourism is that local people benefit from tourism.

What benefits are indigenous people seeking from tourism? According to “Informe De Resultados Primer Encuentro Nacional De Turismo Comunitario,” a study conducted by Chilean company Travolution in 2012, Mapuche people in Chile are choosing to develop tourism products for the following reasons (in ranked order): 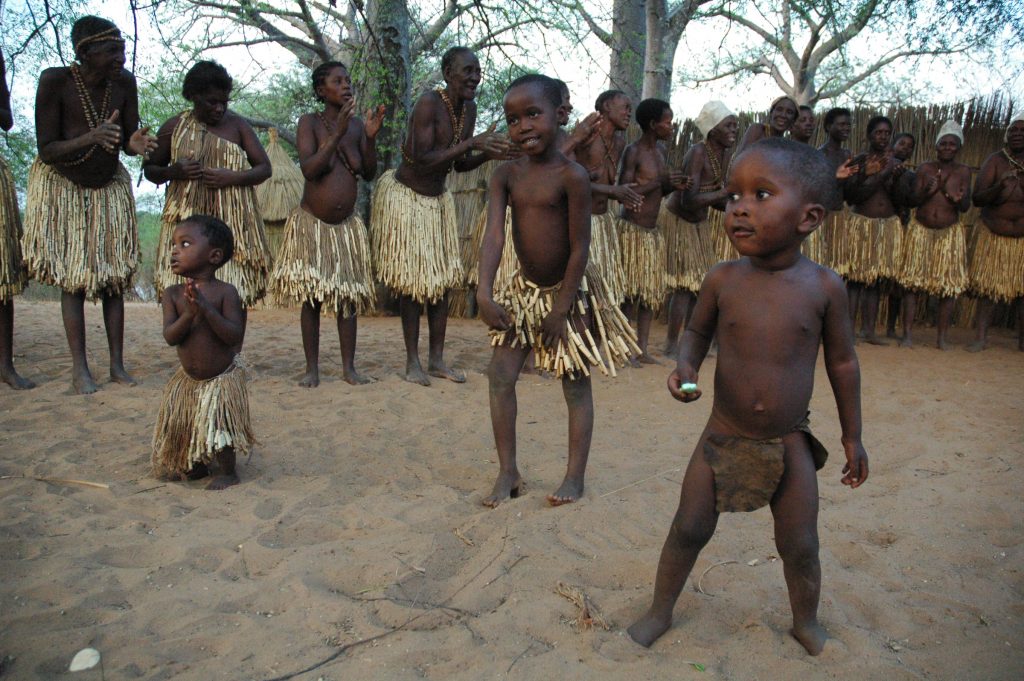 Pre-Summit Adventure delegates were given the opportunity to participate in authentic experiences shared by Namibians. © ATTA / Kristen Gill

These survey results illuminate two other important points of ownership.

The first is, who owns the narrative? In the Americas, when you visit an interpretive site, there is often an effort made to capture the history of human activity in the area prior to European arrival. While these exhibits may have become less offensive in recent years, the question is still who owns the information being presented? Did the people whose ancestors are being depicted create the exhibit? Do they control the content?

I think this point is relevant for non-indigenous-owned travel companies. It would be a disservice to your guests to not incorporate content about modern and historical residents of an area you are visiting. But did you consult them when crafting this narrative? Did you get permission to tell their story? Have you attempted to partner with local companies so your guests can hear the story directly? Partnerships are a way to financially benefit local communities as well.

Another point of ownership is the ownership of the tourism vision. We may think that, by bringing tourists to a community, we are creating both economic benefits as well as increasing community assets such as trails, food distribution, transportation, and restaurants. And we may be right. But if authenticity equals ownership, it is up to the local communities to determine this. What kind of tourism does the local community want? Tourism is not always viewed as being a positive force (see the following explanation of the Butler Model).

In my experience working with rural and indigenous communities, I start by asking the question “What do you want tourism to look like in your community?” People are often surprised they have a choice. Success in tourism is often (incorrectly) measured by a singular metric: an increased number of travelers. This is not always congruent with communities’ concern with being overrun by travelers and the subsequent impacts increased numbers will have on their resources. To me, ownership is also the ability for a local community to determine the scale and flavor of tourism.

Whether he intended it or not from his statement, I believe that for adventure travel to meet the values we espouse as an industry, we would benefit from examining in greater detail Henry’s statement about ownership and authenticity. How are we, as an industry, creating a net positive by sending our travelers around the globe? What can and should we do to create life-changing travel experiences that are beneficial to local people?

There is a lot we can do to promote and support local ownership, and especially ownership by the first peoples of a destination. The first step is acknowledging that this is what authentic sustainable tourism looks like.

2 Comments to In Searching for Authenticity, Consider Who the Owner Is