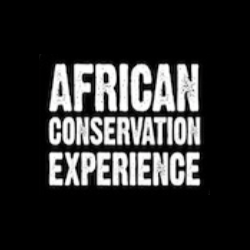 As health workers are battling with the Ebola outbreak in West Africa, the consequences extend beyond the health of its victims as the impact on the societal structures and the economy of Africa is severe.

A recent article by Andrew Ross Sorkin in the New York Times stated that “The economic cost of fear, far more than medical costs, may be the most expensive outcome.” It quoted Christine Lagarde, the managing director of the I.M.F., as saying “We should be very careful not to terrify the planet in respect of the whole of Africa.” (13 October)

Sadly there is plenty of cause for these cautions, and the tourism industry of Africa is particularly badly affected:

“Tourism arrivals are down 25% in East and South Africa – even though they are thousands of miles away from the affected area. The Ebola scare will have huge impacts on African tourism. Thousands of jobs and livelihoods are at stake.” SATIB

Ebola is a threat not only to the health of, predominantly, residents in several West African nations, but also to the livelihood of people across all of Africa – which makes it a shared responsibility of everyone trading with Africa to negotiate the challenges.

African Conservation Experience (ACE) arrange volunteering placements for international conservation travellers at wildlife projects in southern Africa and the effect of the Ebola outbreak has been noticeable.

“We always say that we have two customers at ACE: The volunteers and the projects, and that providing the best support for both is at the heart of what we do. So we have to find a way to support both through this crisis.” Rob Harris, Director ACE

Some projects, like the Botswana Eco Wilderness Project, depend exclusively on the volunteer programme for their funding, while wildlife rehabilitation centres like Khulula Care for Wild have significant day-to-day operating costs that cannot be scaled down in response to decreased visitor numbers: The wildlife in their care needs to be fed every day. The impact of a significant drop in visitor numbers can be devastating for both.

ACE decided to offer reassurance and financial guarantees to its volunteers, while doing their utmost to continue the supply of a sustainable level of funding and hands-on help from volunteers:

“Many people in Europe and the US – where most of our conservation travellers come from – are hesitant about travelling to Africa at the moment. Residents of southern Africa are not – the main deterrent for joining the projects for them is financial. They are often not able to offer the level of financial contributions that the projects need to operate. ACE have therefore decided to subsidise placements at key projects.” Rob Harris

Participants will still be asked to make a contribution to the costs, but it is at a much lower rate than normal, while the money received by the project remains the same. It is hoped that this will encourage enough participants to allow the projects to maintain their work throughout 2015 when the main effect of the drop in international travellers is likely to be felt.