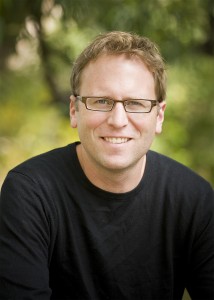 Assistant Editor’s Note: The following piece was originally published in early March of this year; given the increasing attention that ATTA is giving to the intersection of adventure tourism and media, we’re featuring it here again.

Editor’s Note (3/12/12): The following piece is an Op-Ed by John Shors, an award-winning and internationally best-selling novelist. His novels, Beneath a Marble Sky, Beside a Burning Sea, Dragon House, The Wishing Trees, and Cross Currents are available in twenty-six languages. John was active in the 2006 Adventure Travel World Summit in Seattle, and has since maintained regular contact. John and the ATTA are partnering to carry on the trade association’s years-long endeavor to put storytelling front and center for our industry – stories that inspire others to lean in and explore our world. For more information about John and his epic, please visit www.johnshors.com or follow him on Facebook or Twitter. Full bio at bottom.

One of the great blessings of my life has been to travel overseas—to dive at the Great Barrier Reef, to voyage down the Nile, to explore legendary temples in Cambodia. I did not grow up on a diet subsisting of international travel, but rather experienced a taste of it, and then customized my life and career so that I could spend as much time overseas as possible. At this point, I’ve been lucky enough to wander around five continents—and these days spend much time scheming about how I might get to a sixth.

Long before I was able to travel abroad, I experienced the wonders of exotic destinations through literature. Shogun provided me with an unforgettable look into ancient Japan. The Old Man and the Sea took me to the coastal waters of Cuba. And Seven Years in Tibet motivated me to seek out the beauty of the Himalayas.

In 1999, my wife and I backpacked around Asia for six months. At the beginning of our trip we visited the Taj Mahal and were swept up in the magic and majesty of that special place. Our guide told us the story behind the creation of the mausoleum—a wonderfully romantic tale that had been celebrated for centuries in India. Inspired to share this story with the West, I returned to America and began to write a novel based on what I had seen and heard. Five years later, Beneath a Marble Sky was released. Within three years, the novel was an international best seller. Beneath a Marble Sky is now in twenty languages, and a mini-series may soon be in the works. 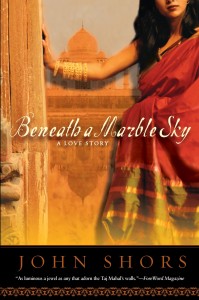 Over the course of the past half decade, I’ve received countless emails from readers who have been captivated by Beneath a Marble Sky. These readers have hailed from all walks of life, and their messages have been extraordinarily varied. One commonality, however, has been the sentiment that I’ve inspired readers to wonder about India. Numerous readers wrote that they had never been interested in traveling to the Taj Mahal but, after finishing Beneath a Marble Sky, were planning such trips. Based on this correspondence, I can say with certainty that Beneath a Marble Sky prompted thousands of people to travel to the Taj Mahal.

My subsequent novels were set in the South Pacific, Vietnam, Hong Kong, and Thailand. The release of each new book prompted new readers to email me and say that they had begun planning to travel to a location brought to life on the page.

Based on my own experiences as a reader and a writer, I believe that people within the travel industry should look at literature as a means to promote destinations and itineraries. Travel marketing shouldn’t be just about beautiful photos, slick graphics, and discounted pricing. The old cliché claims that a “picture is worth a thousand words,” and that may be true, but right now I am finishing a 148,000-word novel about Angkor Wat, and I’m certain that when it is released, thousands of people will plan trips to Cambodia.

For another recent example of the power of the fiction, consider The Paris Wife by Paula McLain. This new best seller has already inspired the creation of literary tours of Paris. Many readers have undertaken or are planning such trips.

If I were a tour operator, I would have a recommended reading list of novels that celebrate the destinations through which I made my living. I might go so far as to send a potential client a novel about the place she or he was thinking about visiting. As for people already going on my tours, they might receive an apt novel as a part of a welcome package.

Some cynics might read these words and think that I’m writing them to simply sell more books. But this assumption is only partly true. You see, I believe that travel promotes awareness, which promotes peace. One of my most important goals as a novelist is to encourage understanding among people of different cultures and backgrounds. Nothing, in my opinion, accomplishes this goal better than travel, so whatever I can do to encourage travel—and to help those who make a livelihood from it—will be done without a second thought.

Books persuade people to travel. And while a marketing campaign obviously shouldn’t revolve around literature, encouraging your present and potential clients to be inspired through fiction is a tactic that will benefit everyone.

About the Author: After graduating from Colorado College, John Shors lived for several years in Kyoto, Japan, where he taught English. On a shoestring budget, he later trekked across Asia, visiting ten countries and climbing the Himalayas. After returning to the United States, he became an award-winning newspaper reporter.

John has been lucky enough to spend much of his life abroad, traveling in Asia, the South Pacific, Europe, Africa, and North America. Now a full-time novelist, John spends his days writing and going on family outings with his wife, Allison, and their two young children, Sophie and Jack.

John’s first five novels, Beneath a Marble Sky, Beside a Burning Sea, Dragon House, The Wishing Trees, and Cross Currents, have won multiple awards, and have been translated into twenty-five languages. His work has been hailed by critics and readers alike. His first novel, Beneath a Marble Sky, is an international bestseller and is being made into a mini-series.

In an effort to give back to the readers who support him, John has connected via speakerphone with more than 3,000 book clubs around the world. He is also a sought-after public speaker and has spoken to large audiences in America and Europe. His programs involve the settings that he brings to life within his novels, places like the Taj Mahal and Angkor Wat. He also teaches creative writing and book marketing. 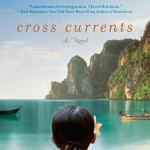 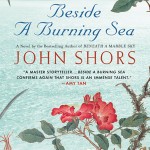 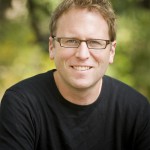 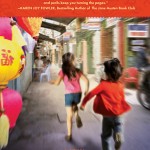 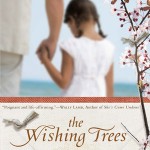 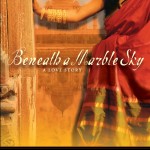