Responding to the climate crisis is a top-of-mind issue across all aspects of life, for all populations, in every corner of the world. Realizing the sweeping consequences of not addressing the issue, the United Nations is bringing climate action to the forefront on 21 September during the International Day of Peace.

With its international appeal and ability to reach local communities, the adventure travel industry stands in a powerful position to make a positive impact with its climate action efforts. Some estimates note that the travel industry contributes up to 8% of carbon emissions in the atmosphere. One of the world’s most urgent needs is to drastically cut these carbon emissions. For many Adventure Travel Trade Association (ATTA) members, this includes making a commitment to offset some or all of their business operations by supporting projects that plant trees, construct zero-waste facilities, and fund alternative energy efforts.

Beyond offsetting carbon emissions, however, ATTA members have heeded the call to climate action by making changes to their offerings, involving travelers in their climate mitigation efforts, and incorporating climate awareness and education into their business models.

“Protecting our precious Costa Rican environment has been built into the Rios Tropicales mission statement since our founding in 1985,” said Rafael Gallo, the company’s president. “Even before climate change became the emergency that it is today, we have been actively engaged in climate action work.” In addition to a number of initiatives, in 1990, the company created a private protected area to preserve and restore the rainforest, watershed, and biological corridor for endangered wildlife. It also has an active year-round tree-planting mission with volunteer participants including local communities, staff, and travelers that contributes to ongoing growth in this region. 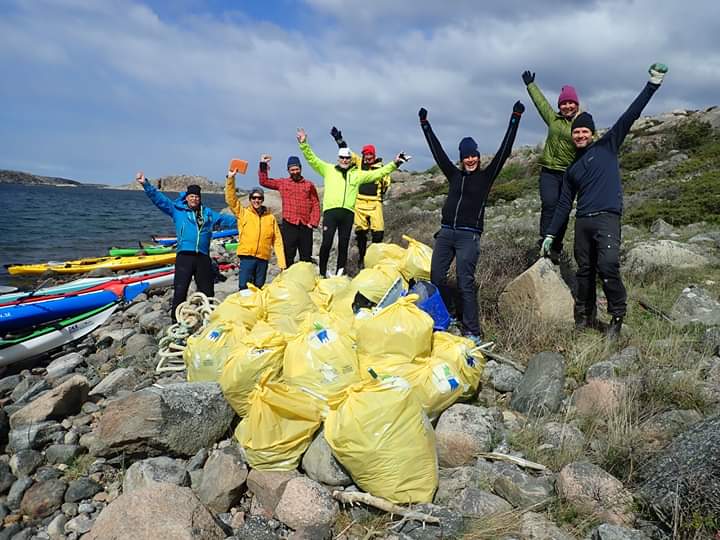 Skärgårdsidyllen Kayak & Outdoor actively participates in ocean clean-up events to keep plastic out of waterways and away from wildlife. © Marcus Holgersson

EcoCamp Patagonia, which has been carbon neutral for more than 10 years, has also been at the forefront of climate action. The property was built strictly on green principles, but its initiatives go beyond construction to include both local communities and employees. “Our offices provide its staff with a fantastic recycling program, and everyone understands how to properly use it through our sustainability professional development classes,” said Jenny Tolep, media and content coordinator for Cascada Expediciones. Partnering with like-minded local organizations has encouraged those living in the area to participate in clean-up projects, tree planting, and trail reconstruction.

Ensuring the great outdoors retains its natural integrity is at the heart of Ingela and Marcus Holgersson’s family-run business in West Sweden, Skärgårdsidyllen Kayak & Outdoor. “The public right of access gives us the right to roam free and enjoy what nature has to offer, but we have higher ambitions than that,” Ingela said. “We would like to leave green footprints behind. Green footprints means that we leave the nature in better condition than when we arrived.” With that goal in mind, the company arranges ocean clean-up events to collect plastic and marine litter before it hurts animals or becomes micro-plastic material. Skärgårdsidyllen Kayak & Outdoor has also been working as a project leader for Hållbar Skärgård (Sustainable Archipelago) to create infrastructure for people to spend time in nature without leaving footprints, which includes arranging for eco-compost toilets and developing a plan for garbage collection, among other actions. 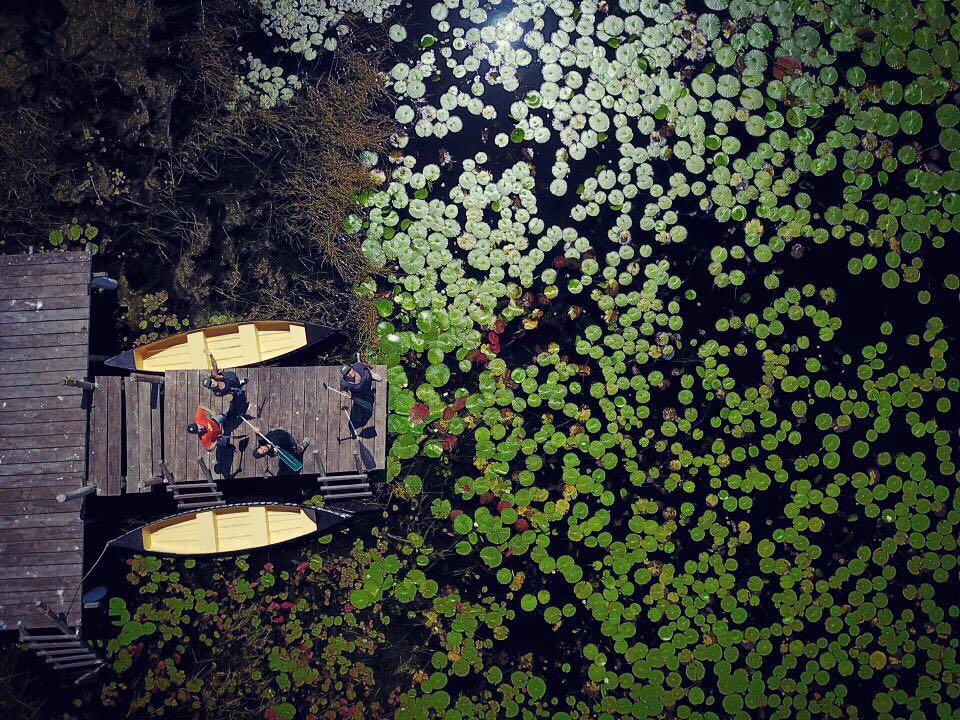 Nativa’s climate action commitments are aligned with its efforts to offer ecotourism experiences that preserve the environment while including the local community. © Nativa Reserve tour guides

Nativa, an ecotourism company with a hotel and restaurant on the Nativa Reserve in Quintana Roo, Mexico, also works with the local community to preserve the 100 hectares of jungle it sits on and all the animals that live in it. The company uses an integrated water system with Californian red worms that cleans the water, produces fertilizer, and irrigates the reforestation nursery using the same water. Additionally, Nativa has planted approximately 8,000 endemic trees, grows its own fruit and vegetables for its restaurant, and supports reproduction of melipona bees.

Involving the local community is paramount to Fernweh Fair Travel – Uplifting Communities as well, which arranges cleaning expeditions in the Himalayas. “In November 2018, we were 10 volunteers cleaning, and at the end of the expedition, locals, travelers, and by passers joined us. We were 50 participants!” said Poonam Rawat-Hahne, the company’s founder. Despite the snow, the team collected 70 huge garbage bags of waste, which was also an opportunity to educate villagers and school children about waste management. 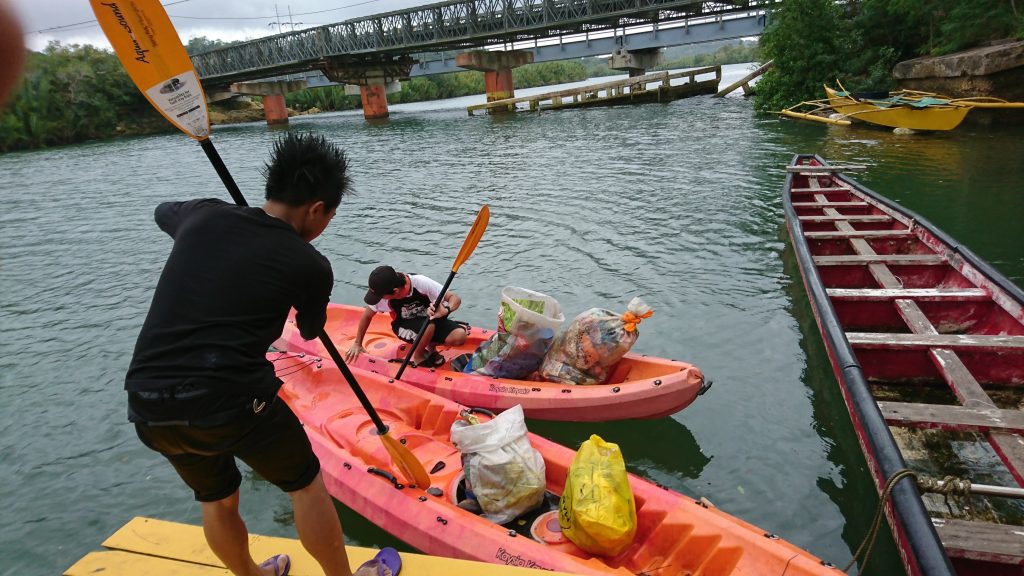 Local protection of the land is also at the heart of kayakasia Philippines’ environmental efforts, where mangrove fishermen and farmers are trained as guides. “Once they’re in our organization, we supply them training and seminars for them to understand better the mangrove ecology and how to sustainably live off yet conserve this important ecosystem. Bringing inclusive growth into the river communities makes them believe in the nobility of this cause,” said general manager and guide Rey Marcelo Donaire. To ensure future generations continue to care for the land, kayakasia Philippines has a scholarship program that gives out-of-school youths part-time kayak guide work and an opportunity to pursue their love of the natural environment with formal education.

In addition to having a strict policy of leaving the natural environment untouched, Hidden Iceland uses the landscape as an opportunity to educate guests on the effect of climate change, especially when hiking on melting glaciers. “We have seen dozens of glaciers disappear in Iceland to the point that finding accessible glaciers to walk on is getting more and more difficult,” said Ryan Connolly, co-owner of the company. “We hope showing guests this will cause more immediate action.” 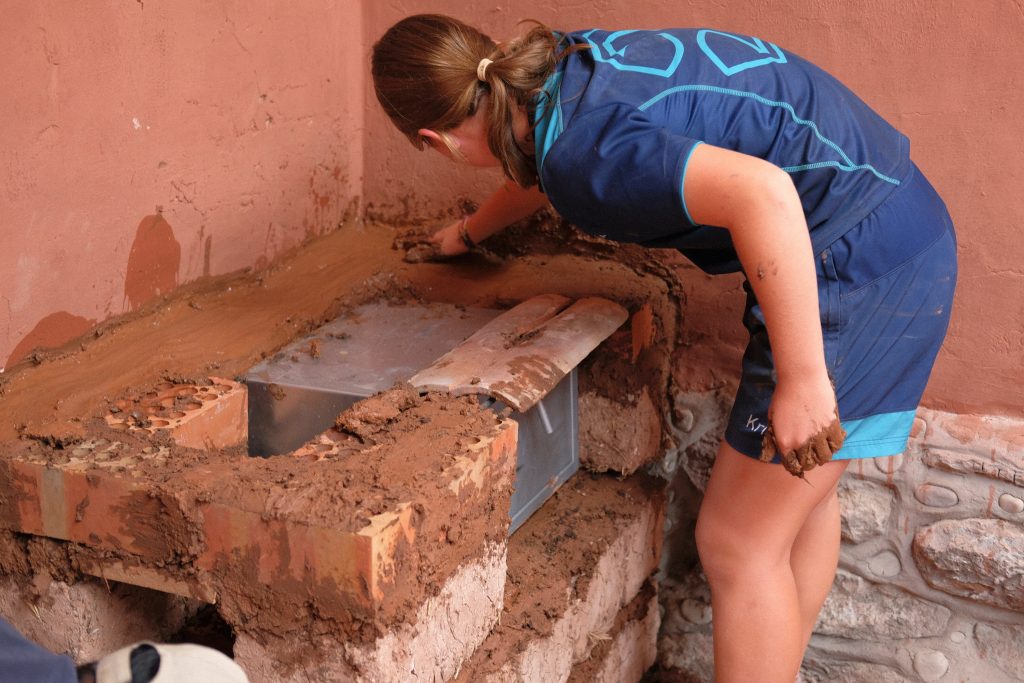 One of the most powerful ways to emphasize the affect climate change has had on the world is to invite travelers to be a part of the solution. For example, travelers with Hands Up Holidays’ trips to Belize, Peru, or India learn about climate action while spending a few days installing eco-friendly stoves for local families, which not only release fewer carbon emissions but are also better for locals’ health. All hands are on deck at Tribal Adventures as well: Every day on the water is a clean-up day for guides and guests when they kayak the waters of Coron, Palawan, in the Philippines. “Thankfully, shame and changing habits is having an impact. We’re definitely picking up far less rubbish today than a year ago,” said Greg Hutchinson, founder of Tribal Adventures.

As part of a partnership with the Woods Hole Oceanographic Institution (WHOI), guests aboard one of Polar Latitudes’ annual itineraries in the Antarctic can participate in a major research study being conducted by a team of scientists on climate change and its effect on the humpback whale population. As citizen scientists, all guests track whales and collect data. In addition to ongoing briefings on the study’s progress, there is also a panel discussion on the future of the Antarctic led by the WHOI team and Polar Latitudes’ team member and marine biologist and whale expert, Annette Bombosch. 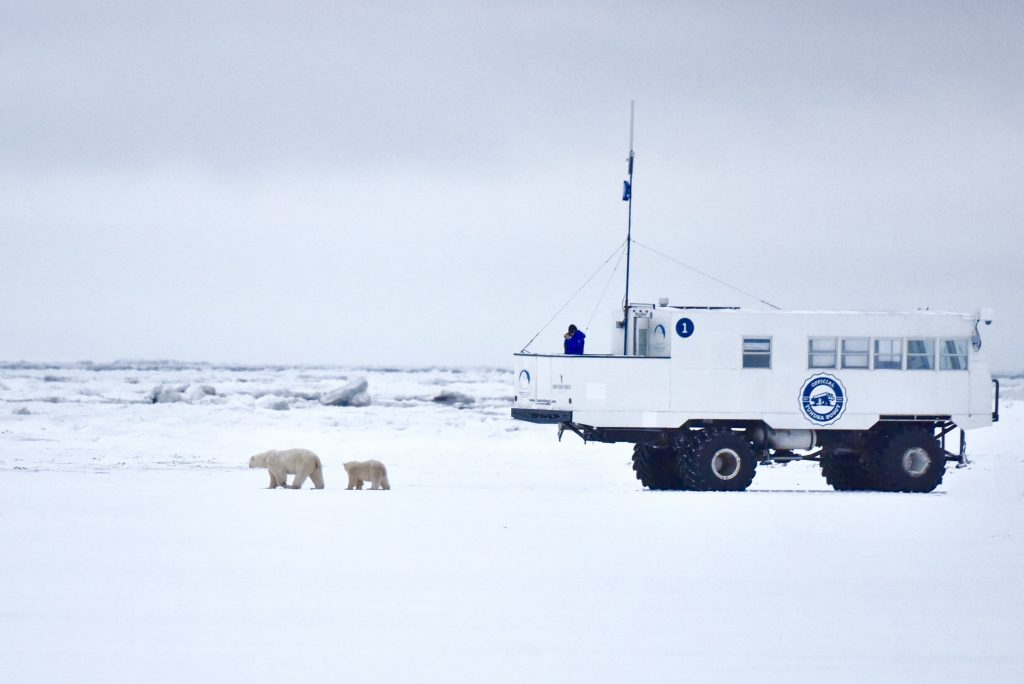 Similarly, Frontiers North Adventures has partnered with Polar Bears International (PBI) not only to educate travelers but people around the world through broadcast technology and live webcasts. But those who make their way north have an opportunity to learn about polar bears and their fragile ecosystems in person. PBI researchers and scientists use Frontiers North’s Tundra Buggy Lodge as its in-field headquarters in October and November, and guests are treated to presentations by these experts. Additionally, the PBI Field Ambassador program selects a few zoo professionals to join its team in Churchill, Canada, and as part of the program, these ambassadors meet with and discuss their work with Frontiers North guests.

Whether giving travelers an opportunity to learn about polar bear protection in Canada’s far north or encouraging guides to pull plastic from a river while kayaking in the Philippines, adventure travel companies are on the forefront of making a positive impact in the face of the climate crisis. Though a piece of garbage here and a conversation there may not seem like much in isolation, the compounded effect can be profound. Climate change is affecting everyone in the adventure travel industry, and any active efforts to mitigate it help ensure people can enjoy the planet peacefully for many generations to come.

1 Comment to From Privately Funded Preserves to Ocean Clean-Up Efforts, ATTA Members are on the Forefront of Climate Action