Now in its second year of funding, the Adventure Travel Conservation Fund (ATCF) recently announced it will award $80,000 USD in grants to four projects located in India, Mexico, and Zimbabwe. The projects, which were nominated and voted on by ATCF members, are all directly engaged in the conservation of unique cultural and natural resources in adventure travel destinations.

The projects receiving ATCF funding are: Snow Leopard Conservancy India Trust (India), Oaxaca Sea Turtle Conservation Project (Mexico), Sistemas Naturales y Desarrollo A.C. (Mexico), and Water for Hwange (Zimbabwe). “Supporting these four incredible projects is an honor for the ATCF and our membership. This is true evidence of the collective force and power of our industry protecting what we value,” said Soraya Shattuck, ATCF’s executive director. 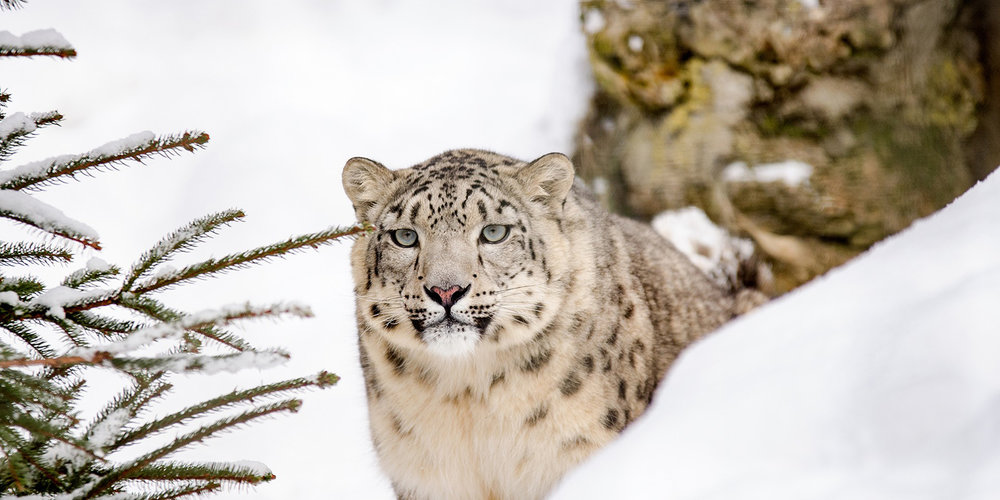 Through the Himalayan Homestays Program, the Snow Leopard Conservancy India Trust is enabling tourists to learn about local culture while empowering local people to generate income that offsets livestock loss to snow leopards. Traditionally, locals living high in the mountains of Central and South Asia have not had a good relationship with the snow leopard because the big cat often kills livestock. Funding for this project assists in reducing this conflict through incentive programs so local farmers become conservation partners. It provides homestay packages in five villages, 75 garbage bins in those homestay villages, and training for nature guides with a long-term goal of increasing the income of the local people. “It is a privilege to join hands with ATCF to conserve the snow leopard in the Himalayas,” said Tsewang Namgail, director and senior scientist for the Snow Leopard Conservancy India Trust. “Our community livelihood-improvement program has been instrumental in changing people’s negative attitude towards the snow leopard. This fund will give a fresh impetus to the cause.” Learn more about becoming a member of the Adventure Travel Conservation Fund.

The Oaxaca Sea Turtle Conservation Project managed by WILDCOAST protects approximately 65 miles of natural and cultural resources along the coastline in southern Mexico. “The beaches of Oaxaca in southern Mexico are among the most important sea turtle nesting beaches in the world, where millions of sea turtles nest and hatch every year,” said conservation director Zachary Plopper. “WILDCOAST is honored to receive the generous support of ATCF to help ensure their successful protection against the threats of development, poaching and climate change.” Funding will specifically be used to protect 9.3 miles of nesting beach for olive ridley and leatherback turtles, improve sea turtle monitoring, support an oil spill response program, enhance ecotourism infrastructure in the Indigenous community of Rio Seco, and fund outreach, educational, and stewardship activities in surrounding communities. Also based in Mexico, Sistemas Naturales y Desarrollo A.C. received ATCF funding to curb single-use plastics in Baja California Sur with the hope of using this project to jumpstart similar campaigns throughout the state in coming years. Baja California Sur has nearly 1,400 miles of coastline, a rich marine ecosystem, and endangered species that are succumbing to plastic pollution. This grant supports education and community awareness, and will fund four solar water pumps providing clean water for tourism-related businesses and schools. “This support will significantly strengthen the ability of our grassroots movement to reduce the amount of single-use plastics consumed locally and will go a long way toward creating meaningful, lasting improvement in the health and wellness of our environment and community,” said project coordinator McKenzie Campbell. In Zimbabwe’s Hwange National Park, ATCF funding will be used to install solar water pumps in order to provide a more sustainable, clean, and reliable source of water for wildlife and people living in bordering communities. These modern, solar-diesel hybrid pumps replace diesel generators that have fallen into disrepair. They will provide water to animals during the dry season, help residents in the local Emanaleni Village establish a vegetable garden, and allow for better hygiene at a nearby school.

Established in 2016, the ATCF is a nonprofit organization with a membership made up of adventure travel and outdoor recreation businesses committed to protecting the resources from which the industry benefits. As an organization, it has funded nearly $160,000 to relevant projects to date. In addition, some members have fully funded projects on their own through the ATCF’s Adopt-A-Project model, which reopened on 3 December for those members interested in individually funding projects that were nominated but not selected as 2019 grant recipients.