The Ulster-Ireland section of the IAT traverses some of the most spectacular scenery in Ireland. Discover historic monuments, dramatic coastlines, rugged mountains, areas of outstanding natural beauty, and a World Heritage Site, all with geological links to the Appalachian Mountains.

We have compiled our top five ‘Hidden gems’ to discover along this 279-mile coast-to-coast route which includes both short and long distance walks. 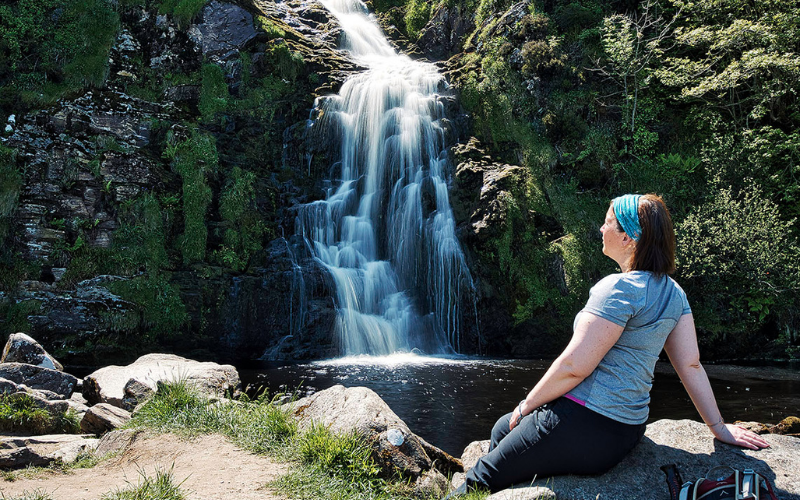 Regarded as one of Ireland’s most beautiful waterfalls, the name comes from the Gaelic word Eas which means waterfall. The picturesque Assaranca waterfall is found only a stone’s throw from the stunning Maghera caves and beach. Stop and admire the winding cascades and take a moment to just enjoy the serene atmosphere. 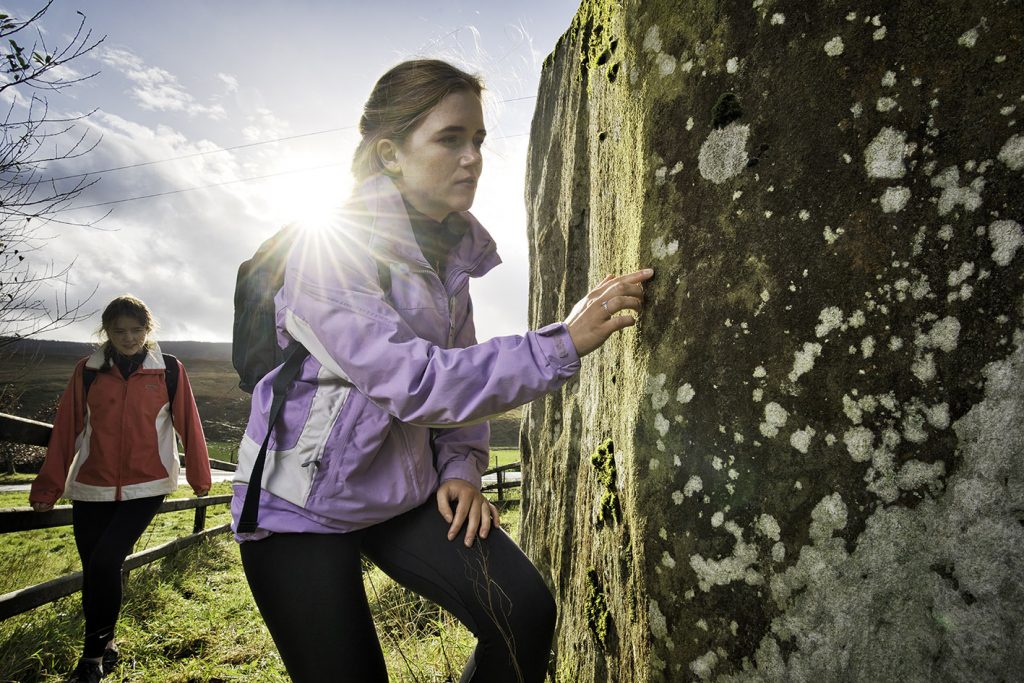 Hidden in the heart of Ulster lies the Glenelly Valley and the Sperrins; a landscape formed by the movement of ice long ages ago and its distinctive north-south running valley. There are numerous signs of ancient human habitation in the form of stone-age monuments right along the route here, some dating back as far as the Bronze Age.

Goles Stone Row is an alignment of eleven large and individual upright stones, arranged in a line some 16 metres long. It is believed that they were associated with rituals to observe the rising moon. The Goles Stone Row is situated beside the roadway and clearly signposted near the townland of Sperrin. 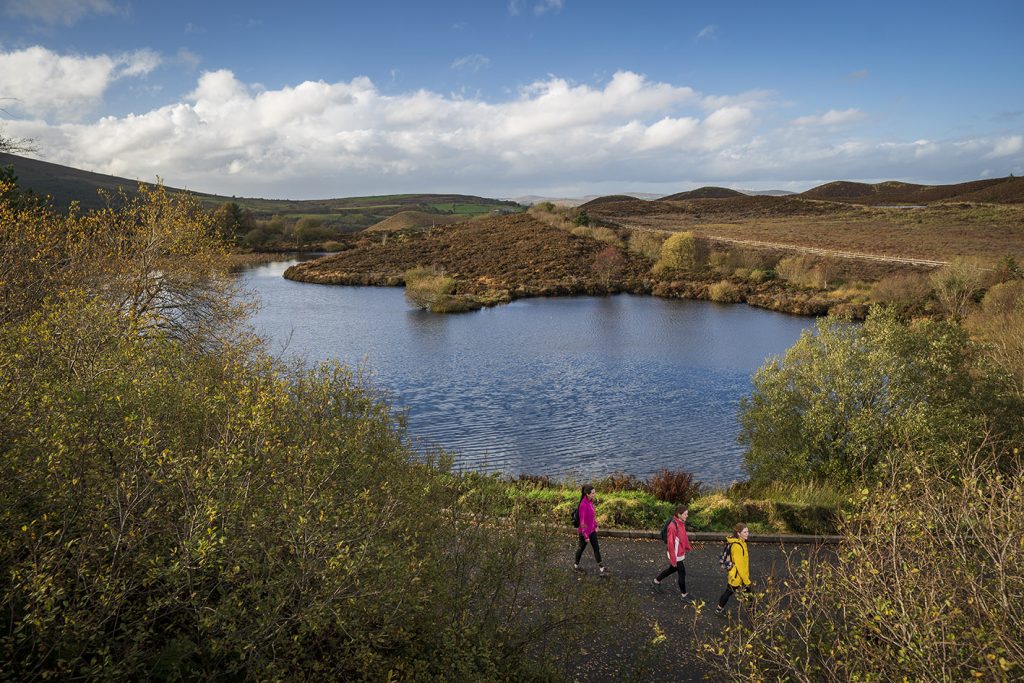 The region’s natural blend of peaks, forests, moors, valleys, lakes, and rivers makes it an obvious favorite for walkers and hikers. Spanning 40 miles, the Sperrins mountain range is the largest and least explored mountain range in Ireland.

For those looking to get away from the hustle and bustle, make sure to save some time after visiting the nearby Gortin Glen Forest Park, and enjoy a tranquil stroll around the Gortin Lakes which affords spectacular views across perhaps some of Ireland’s most beautiful rugged countryside.

Set amidst the broad sweep of the Sperrins foothills, the Gortin Lakes had their origins in the late glacial period.

This short off-road walk is laid out in the formation of a figure of eight and people can choose to walk in either direction. The gravel path around the lakes undulates gently, offering the tranquillity of the still, deep water on one side and the natural habitat and vegetation on the other. 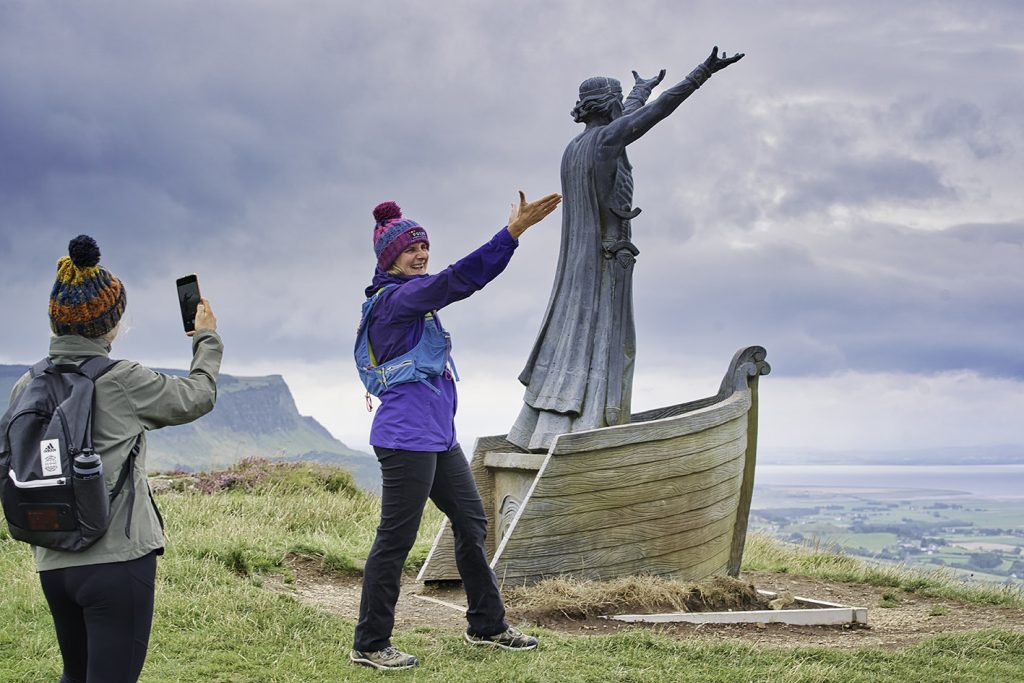 Gortmore is a stunning viewpoint situated on Bishop’s Road, on the Binevenagh Loop which is part of the Causeway Coastal Route. The spot overlooks Magilligan Point, Benone Beach, and Binevenagh mountain. On a clear day, breathtaking views extend across to Donegal and the islands of Islay and Jura off the west coast of Scotland. Picnic facilities are available.

A monumental sculpture is also located on Gortmore: a representation of Manannan Mac Lir, the Celtic god of the sea, son of the Irish sea god Lir, he is an emblematic figure of Irish culture.

Manannan himself overlooks the epic view and stands in a boat, his arms raised majestically towards the sky. A magnificent, finely crafted statue that pays homage to Irish Celtic mythology and who watches over the region. 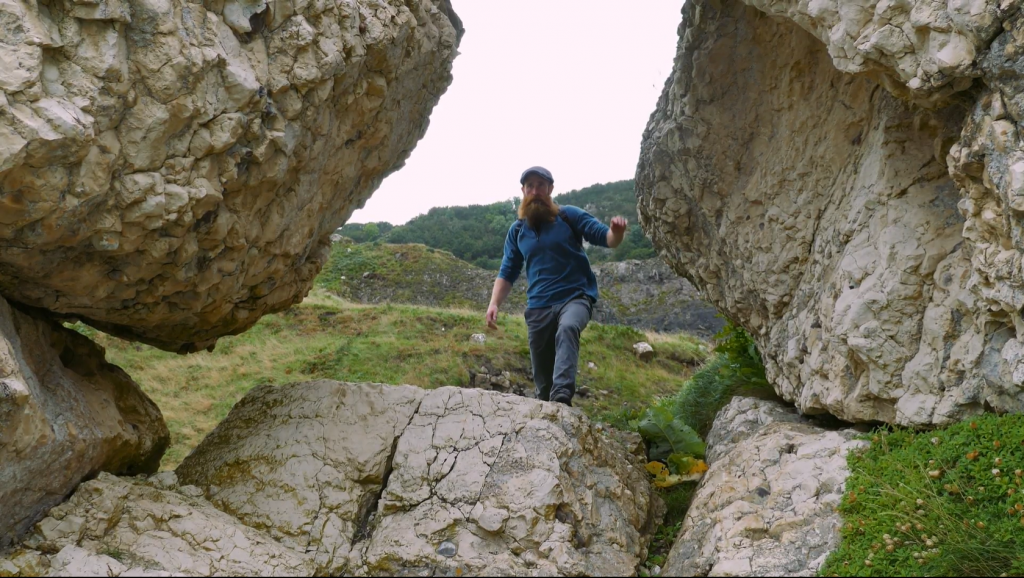 Each of the 9 Glens of Antrim, has its own unique character and beauty and offers unique reasons for visiting.

The story goes that a beautiful young woman drowned whilst swimming in Glenarm Bay and her sweetheart was so distraught that he lost his sanity and each day for the rest of his life would gaze through the gap in the rock awaiting her return (hence the name Madman’s Window).

The ‘Window’ is right beside the coastal village of Glenarm, where you can enjoy a short walk along the wide limestone path which allows access to the shoreline. If you like listening to waves, you really are in for a treat – the rumblings of the black and white pebble stones as they roll with the waves is sure to make you forget all of your worries you might even find early flints. As you walk keep your eyes peeled on the sheer cliffs to your right to spot sea birds- Fulmar Cormorant, Shag, Black-headed gull, Common gull, and Gannet.

It is always a delight to see inquisitive seals popping their heads up along this stretch of coast, hoping to snatch a stray salmon around the salmon pens. During this walk, depending on the time of year you may be treated to the spectacular show put on by the pod of Dolphins that visit every year.

Along the Glenarm Coastal Path, you will find two large limestone boulders. On the far side of these boulders is the “Madman’s Window,” a naturally created, window-shaped gap in the rock looking out towards the Irish Sea.