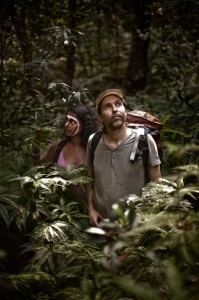 The traditional custodians of Darkinjung, Darug, Dharawal, Gundungurra, Wiradjuri and Wonnarua Country will play a leading role in this year’s Festival of Walking in the Blue Mountains (October 5-13).

From the Gundungurra Ancestral Pathways Walk leading into the festival, the official opening at a site of Aboriginal significance, walks by indigenous people throughout the festival and a commemorative walk to wrap up the event, Aboriginal people of the Greater Blue Mountains World Heritage Area will be involved every step of the way.

Blue Mountains Lithgow & Oberon Tourism (BMLOT) chairman Randall Walker said: “We are delighted that so many indigenous walks have been included in this year’s action-packed program.

“It is fitting that the Festival of Walking begin with Australia’s first peoples and end with the Aboriginal people who remain this land’s traditional custodians.’’

The Festival of Walking is a celebration of the beauty of nature, the health and wellbeing benefits of walking, acknowledgement of Aboriginal custodianship and culture, and homage to the history, heritage and conservation of this special region.

A major highlight and prologue to this year’s festival will be the launch of the Gundungurra Ancestral Pathways Walk traversing 67km of the Blue Mountains from west to east following Aboriginal pathways, Mr Walker said.

The seven days and six nights walk (September 28 to October 5) affirms the ongoing presence of Aboriginal people in the mountains, showing how they maintain the connection by walking their country, looking after it and using it for cultural purposes.

“Like the Gundungurra Aboriginal Heritage Association, we believe that the best way to know Country is to walk Country,’’ Mr Walker said.

The official opening of the festival will then be held at The Gully Aboriginal site at Katoomba from 9am to 1pm on Saturday, October 5.

The day will include guided interpretive walks around The Gully, an Aboriginal chalk mural created by Thomas Brown on Gundungurra Tribal Council on the old Catalina Raceway for children, an Aboriginal cultural exhibition in The Gully Gallery and face painting.

National Parks & Wildlife Service (NPWS) will showcase walks across the World Heritage Area with the help of popular cuddly mascot Wanda the Wombat and other visitor information will be provided by Blue Mountains City Council and BMLOT.

Official proceedings from 10am to 11am will include a Welcome to Country; a traditional Aboriginal dance performance, the Junior Rangers Choir; launch of the Aboriginal Cultural Experience Guide for the Greater Blue Mountains World Heritage Area; launch of the Grand Cliff Top Walks, an iconic upper Blue Mountains bushwalk to rival the great walks of the world; and the launch of the latest series of NPWS Bush Trackers guides (walks for kids by kids) including one for The Gully.

Visitors to the site on the day will then be treated to a bush tucker lunch and refreshments.

Other Aboriginal walks during the festival include:

* Aboriginal Blue Mountains Walkabout (10.30am-4.30pm most days throughout the festival):

Awarded Australia’s best walking experience, this amazing Aboriginal walkabout will provide participants with ancient wisdom to enrich their life and a deep connection to country and culture. 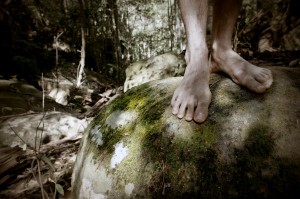 The Jummangunda Ngunninga (Gundungurra language meaning “many belonging to here’’) reconciliation walk will be an important element of the Blue Mountains Crossings Bicentenary 2013-2015 activities.

It will recognise the impact of European settlement on Australia’s first inhabitants and allow indigenous people to proudly share their culture with others “on Country’’.

Aboriginal people and groups pro-actively involved in the bicentenary have organised the event so that in 2013 the nature of what is recognised and commemorated includes Aboriginal participation, an evolution from centenary (1913) and sesquicentenary (1963) events conducted at Mt York.

Visitors to the free event will park at Lutanda Oval, Matlock St, Mt Victoria, from 9am before boarding a shuttle bus to Mt York by 10am. At 10.30am a small ceremony will proceed a walk from Mt York to Bardens Lookout where an Aboriginal smoking and healing ceremony will be conducted (11am-12.30pm) along with the sharing of cultural performances and stories.

Bush tucker lunch and refreshments will be served at Mt York along with more cultural performances.

From 1.30pm visitors may choose to take the shuttle bus back to Lutanda Oval (parking) or take a free Aboriginal guided interpretive walk including key sites.

Mr Walker said: “This year’s program is so extensive that it will be impossible to choose just one walk. There are many guided walks by world-class operators that will represent a memorable experience.’’

“Staying for two or three days will mean you don’t have to choose and can also experience the many other wonderful attractions, dining and accommodation options available in the Blue Mountains, Lithgow and Oberon region.’’

BMLOT enjoyed partnering with NPWS and local councils and thanked Destination NSW for its funding support, he said.