Ireland’s Wild Atlantic Way—one of the wildest, most enchanting, and culturally rich coastal touring routes on the planet—to be showcased internationally as one of the world’s top paddling destinations in the Facing Waves TV series. 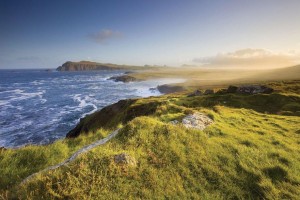 Heliconia—producers of the Facing Waves TV series—is excited to announce that Ireland’s Wild Atlantic Way will be the featured destination in an upcoming, Season 3 episode. The episode will tell the story of one of the wildest and most culturally rich coastal routes on the planet, and share the adventure of exploring the spectacular coastline by stand up paddleboard.

Now in its 3rd season of filming, Facing Waves is the first and only TV series of its kind. Each 30-minute episode takes viewers on adventure travels to the world’s top paddling destinations, tells the stories of the people and places, and explores the region from the unique and inspiring perspective of a kayak, canoe, stand up paddleboard, or raft. Starting April 2015, Season 3 of Facing Waves will be broadcast into over 50 million homes in the United States (through the Universal Sports and Outside Television networks), and in over 25 other countries. 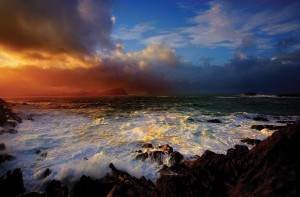 “Ireland’s Wild Atlantic Way is a perfect location for a Facing Waves episode,” says Brendan Mark, Director of Sales & Marketing at Heliconia. “Our shooting itinerary includes visits to top attractions between Sligo and Doolin, a SUP safari with the local crew of SUP For All, a non-profit movement that aims to facilitate the access of stand up paddling to all, and a surfing adventure to the world famous Mullaghmore wave.”

“Being 2500 km in length, Ireland’s Wild Atlantic Way is a remarkable coastal route,” notes Fiona Monaghan, Failte Ireland.” And our goal is to excite and inspire travelers to start their next adventure here.”

Watch the Facing Waves trailer and learn more about the series