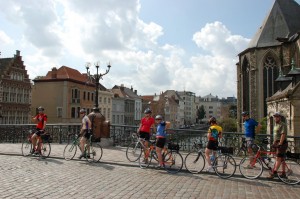 “Anyone who loves to drink beer or who is captivated by the notion of making beer will be in hops heaven on our new Bicycling Belgium’s Best Breweries Tour,” said Maria Elena Price, ExperiencePlus! Bicycle Tours Co-Owner and Manager. 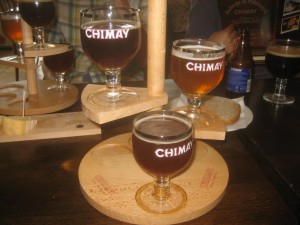 The tour begins and ends in Brussels after cycling some 30 to 55 miles a day, for a total of up to 173 miles over eight days and 277 miles over 11 days. WWI battle and historical sites, the UNESCO World Heritage sites of Brugge and Tournai, Trappist breweries and Lambic beer (famous for wild yeast fermentations producing a sour beer) are included on the tour. The rates include use of a quality 27-30 speed bicycle, accommodations, breakfasts, some dinners, guided brewery visits and beer tastings with dinner, transfers to and from Brussels and more.

“I have been frequently asked to lead a bike and beer culture tour of Belgium similar to my pre-New Belgium inspirational trip, but the logistics of organizing such a tour are more than I wanted to tackle,” explains Lebesch. “When I was approached by ExperiencePlus! I thought the combination of their excellence in tour management and my ideas on a fun and enlightening bike and beer tour was a perfect fit.”

The tour has been scheduled to also coincide with the annual Brussels Beer Festival Sept 3-5, 2011. The 8 day Bicycling Belgium’s Best Breweries cycling tour is priced at $3,395 per person, double; $500 single supplement. See: http://www.experienceplus.com/tours/tours.html?tid=2474