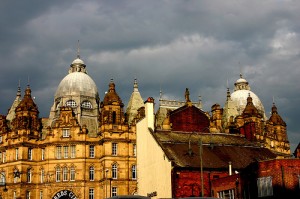 A recent Reuters article on msnbc.com poses tourism as the answer to some of the economic woes hitting the European Union, both as a driver for jobs and as a source of income from visitors. With almost ten million EU citizens working in tourism, and another ten million in related fields, the industry drives more than 500 billion euros to the regions gross domestic product. This amount is doubled when related industries such as transportation and construction are taken into view.

The EU seems to be moving away from an internally competitive tourism environment to one that recognizes the need to increase resources supporting tourism and market the region as a “unified destination” to better compete for the increasingly diverse global traveler. The European Commission and the Parliament’s tourism committee are working in conjunction towards this “European Label,” as a key driver to restoring the local economy.

In the countries hit hardest by economic difficulties — Greece, Spain, Portugal and Ireland — tourism has been on the rise since the beginning of 2010, the European Travel Commission reported… However, it pointed out that a debt default — as some investors believe could be the fate in store for Greece, for example — would have a huge impact on the travel industry.

For more information, read the entire article on msnbc.com