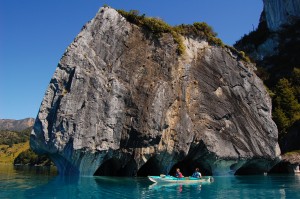 This year, the city of Puerto Varas in Chile will host the Adventure Travel World Summit (ATWS), the adventure tourism industry’s most important global meeting. It is hoped the event, which takes place between October 5th and 9th, will bring together close to 700 adventure tourism operators across 60 nations.

Before the summit gets underway, pre-tours will be offered to a group of 200 operators and members of the press allowing them to experience the full range of adventure on offer in Chile.

There are 34 tours in total, each lasting between three and seven days, enabling participants to enjoy a variety of activities including sailing, trekking, wine tours, horse-riding excursions, kayaking, rafting, cycle rides and scuba diving. 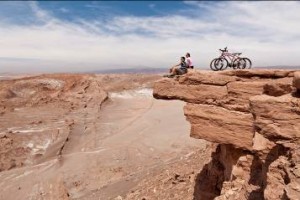 The North and the Atacama Desert

The Great North is the driest geographical area of Chile and the beauty is overwhelming. Without a doubt, the Salar del Huasco National Park offers an extreme experience. Located 180 kilometers to the east of the city of Iquique, at an altitude of 3,700 meters, the area is a high-Andean wetland blessed with an ecosystem that is rich in birdlife. The most pristine wetlands in Chile are found here, allowing unique species to thrive. It’s commonly considered a water reserve in the middle of the highlands.

Among the dirt-track back streets in the village of San Pedro de Atacama – one of the destinations most photographed by specialist magazines – modern tourism is merged with the mysticism of ancient cultures. Located in the Atacama Desert, the driest in the world, the village is surrounded by salt lakes, thermal baths, geisers, large copper mines, fertile ravines and oases whose unique fruits inspire gastronomic tours.

Many New Age devotees believe that Elqui Valley is one of the best places in the world to find spiritual peace and true satisfaction. Elqui Valley possesses an unparalleled natural splendour and crystal-clear skies that are capable of alleviating all kinds of emotional fatigue. It’s in this area of Chile that yoga centers and meditation refuges have flourished.

Santiago, Valparaíso and the Central Valleys

For anyone with an adventurous spirit, the center of Chile is full surprises. Small villages, ravines and valleys – where modern life seems to have taken a back seat and country traditions have been kept alive – are sheltered between the Andes Mountains and the country’s coastline. Inland, the Aconcagua and Casablanca Valleys are well known for their undeniable fertility and world-class wines.

Towards the coast, the port of Valparaíso is known for its labyrinth of recessed houses, scattered across dozens of hills that look out over the sea, and for its historic center that was declared a World Heritage Site by Unesco, owing to its architectural and cultural importance. 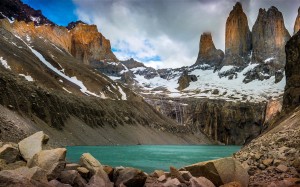 Buchupureo is probably one of the country’s most beautiful shorelines. Its sandy shores of intermittent waves and green meadows has turned it into a unique area, special to surfers and those who love peace and quiet. In addition to La Rinconada Beach, regularly visited by surfers and bodyboard fanatics, is La Lobería Beach where you can marvel at more than 2,500 sea lions.

The cultural fusion is powerfully on show in the Araucanía, where student life from more than ten universities in the city of Temuco is combined with the chance to interact with indigenous communities. One hour outside of Temuco, on the Pacific coast in the south of Chile, is Lake Budi – one of the gentlest and most photogenic destinations of the Araucanía. Home to more than 100 bird species, Lake Budi is the southernmost salt lake in the world. Its postcard-perfect flora and fauna are easy to spot in the nearby rushes and black-necked swans swim freely.

Green paths in the summer, pastel-colored landscapes in the autumn, snow-capped forests in the winter and attractive flowers in the spring. Whatever the season, the Malalcahuello National Reserve will surprise those who visit. Leafy, native forests – comprised mainly of lengas, coigües, robles and araucarias, one of the oldest living tree species in the world – can be seen when following many of the walking routes available. Some araucarias climb to heights of 50 meters and live for up to 1,200 years.

For those who want to soak up the beauty of the Andean Araucanía, one of its most impressive landscapes is Sollipulli Volcano. This mountainous-volcanic area last erupted 240,000 years ago. After the eruption, an enormous glacier – 600 meters thick and with a diameter of 6 km – formed in its crater. On the way up, the forest backdrop includes leafy ñirres, lengas and raulíes, amongst other native species. Foxes, pumas and even condors live in this sector of the volcano.

Villarrica and Pucón are full of activities to interest the upscale traveler and lovers of the open air, with options ranging from casinos, restaurants, markets and fairs, to thermal bath circuits and national parks. These cities merge the cosmopolitan inheritance of the German settlers, who arrived to Chile in the 19th century, with the ethnic traditions of the Mapuche.

One of the unique characteristics of the Huilo Huilo Reserve, famous for its exuberant waterfalls that reach more than 50 meters in height, is the rainforest that houses an enormous variety of endemic, one-of-a-kind flora and fauna. This rainforest includes trails that stretch along for more than 250 km and border lagoons, rivers and unspoilt beaches. 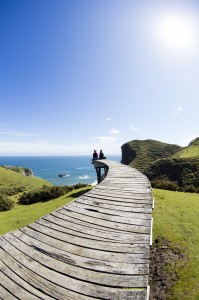 The Great Island of Chiloé’s geography reflects the genuine charm of its inhabitants, the “chilotes” – a mix of Spanish colonists and “huilliche” villagers – known for their hospitality. The colorful houses built on stilts over the water are called “palafitos”, a classic feature of the island. In addition, 16 of the island’s churches, built from wood in the XVIII and XIX centuries, were declared World Heritage by Unesco.

In Chilean continental territory, across from Chiloé, is an extensive natural reserve that, over the last few years, has converted into an unforgettable place attracting an ever-increasing number of visitors from all over the world. In Pumalín Park, visitors can appreciate Chile’s spectacular nature in its purest form. The park is located in the middle of a unique ecosystem. Its numerous walking routes offer an endless list of opportunities for nature lovers.

The Carretera Austral has earned worldwide recognition for being the most scenic route to travel along. In total, the road stretches across 200 km from Puerto Montt to Villa O’Higgins, snaking its way alongside forests, rivers, waterfalls, lakes, fjords, mountains and glaciers.

Those who travel along the Carretera Austral are accompanied by the turquoise waters of Lake General for more than 100 kilometers and, at these latitudes, an endless wind that ensures the lake’s waters are constantly on the move. The Marble Caverns, a series of sculptured caves found in the lake, are one of the remotest natural treasures in the world. The vision of these white and black columns, reflected in the lake’s pale blue waters, give weight to the claims that these caverns are the most beautiful in the world.

The Torres del Paine National Park is the Patagonia’s icon, not only because of its impressive mountains that have been pictured on thousands of postcards, but also because it uniquely concentrates the principal Patagonian ecosystems in just one place – pampas, forests, glaciers, mountains, lakes and rivers – reason enough to urge UNESCO to declare the park a Biosphere Reserve. Its trekking circuits are considered to be some of the best in the world, offering the best views of the massive Paine and the Southern Ice Field.

The place that Hernando de Magallanes dicovered and baptized Tierra del Fuego, in honor of the campfires belonging to the “selk’nam” indigenous people, can be explored by boat. The history of the ancient inhabitants, and that of the settlers who gambled on the idea of finding work in this extreme location, surprises all those who visit. This island, the largest in Chile, is one of the country’s most unexplored territories. Its beauty and exotic nature have slowly converted it into a must-see for anyone visiting the Patagonia. 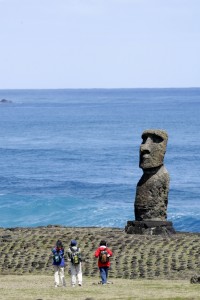 Rapa Nui or “Tepito Ote Henua” – meaning “Naval of the World” – is the remotest inhabited island on the planet. There’s no other portion of land in the world that is as isolated by the sea as this one and it’s this very condition that bestows upon the island its fascinating and mysterious aura. Its a National Park, declared a World Heritage Site by Unesco, that combines pink-colored sandy beaches with volcanoes and meadows. It can be explored on foot or by horse and a scuba diving session is the best way to discover the marine flora and fauna. There are silent caves and moais to visit, both witnesses to the rise and fall of a complex and highly organized society.