Billings, Montana-based ALA puts fleet of old wheels, its home community and active trips to work for rural Namibia settlement

Billings, Montana — Global adventure travel company Austin-Lehman Adventures (ALA) has announced Bicycles for Humanity as its charitable partner and designated the African community of Ngoma, Namibia, as its newly adopted beneficiary. 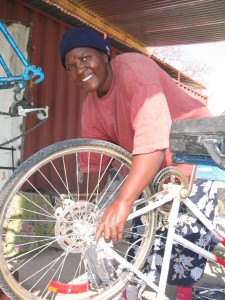 Spearheaded by ALA director Dan Austin, who also founded the Billings, MT chapter of B4H, ALA has created three key initiatives with its local B4H by leveraging some of its greatest resources: (1) the collection and transport of a fleet of used bicycles; (2) the organization of a seven-day, all-inclusive fundraising B4H bike tour through Tuscany, October 2-8, 2010, with proceeds to develop a new Bicycle Empowerment Center in Namibia that offers distribution and repair services ; and (3) a bike delivery trip to Ngoma, Africa, and its surrounding Caprivi region in July, which will include visits to Victoria Falls and the Zambezi River.

For this remote, rural village in the Caprivi region of eastern Namibia, where poor transport systems impede residents’ access to healthcare, education and economic opportunities, ALA’s donation of bicycles and funds is vital to advance their mobility and quality of life. “The potential derived from our support is astounding and heartwarming,” said Austin. “We can provide low-income earners with a form of sustainable transportation; offer youth a gateway to schooling and sports activities; and a two-way road for medical attention – a means for the sick to pursue it or for volunteers and caregivers to deliver it.” One hundred percent of all donations, cash, equipment and materials go directly to the recipient communities in Africa. 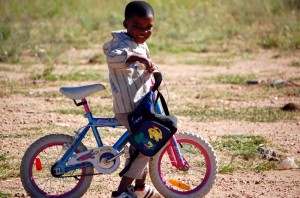 Travelers on this charity bike trip will cycle amidst Italy’s blissful Tuscany region for a once-in-a-lifetime fitness adventure that’s equally fun and benevolent. This expertly guided journey begins and concludes in Florence, and carries on through some of the world’s most stunning countryside – rural roads over lush green hills, cypress-lined byways, vineyards, olive groves and historic towns such as Siena, San Gimignano and Artimino, each gleaming under the Tuscan sun. As the Tuscan sun sets, the ensuing evenings pamper cyclists, with the region’s finest villas and kitchens offer locally inspired gourmet specialties and lodging.

Austin-Lehman Adventures will donate $1,000 per participating cyclist to Bicycles for Humanity, with 100% of the proceeds directly earmarked to develop a bike shop and cycling support center in Namibia. This facility will be stocked with 300-400 bicycles, tools and spare parts and will be accompanied by comprehensive training in mechanics. Not only will it provide the community with their own transport, but it empowers them with their own means of maintaining it.

The price per trip is $3,398 per person. Bicycles for Humanity founder Pat Montani and wife, Brenda, are among the first riders to sign up for the trip. Austin-Lehman Adventures and B4H worldwide are jointly promoting this Tuscan fundraising trip through multiple channels, including Twitter, Facebook, B4H chapter websites and e-newsletters. For more information or reservations on the ALA Tuscany Heartland Bike Adventure, contact ALA at 1.800.575.1540 or [email protected] 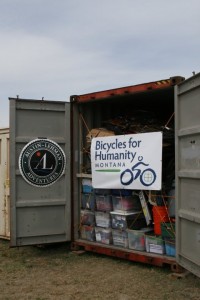 The newest multi-sport/safari trip to be offered by Austin-Lehman Adventures, this 10-day excursion in Namibia, and neighboring countries of Botswana and Zambia, Africa, will focus on Namibia’s Caprivi region. Highlights include the village of Ngoma – recipient of ALA’s charitable contributions in tandem with Bicycles for Humanity; a day spent in Victoria Falls, and travel along the mighty Zambezi River.

At Ngoma, travelers will engage with members of this community, where the ALA/B4H-sponsored bike shop is in development and where scores of donated bicycles are having widespread positive impact on the economic, social and general well-being of the population. Bikes are a welcome antidote to a climatic reality: heavy flooding in low-lying areas occurs six to seven months of the year, and consequently impairs the mobility and productivity of school-bound children, small-scale business people and community healthcare volunteers. By pedal, the populace is empowered to handle longer routes around flooded areas to reach their destinations. Some three dozen bicycles will be donated to home health care workers, who are one of the most critical human resources in a region with some of the highest AIDS/HIV rates in the world.

This tropical, game-rich area of Caprivi links northern Namibia with the southern African countries of Angola, Botswana, Zambia and Zimbabwe. Surrounded by four rivers, Chobe, Kwando, Linyanti and the Zambezi, Caprivi has a geography of waterfront, riverine forests and vast wetlands that attract diverse wildlife, and it features four national parks. Many people survive as subsistence farmers, making their living on the banks of the Zambezi River. 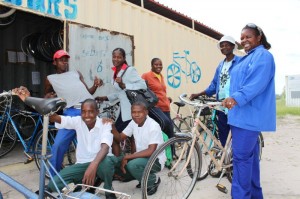 “B4H changes lives one bicycle at a time, and knowing that our old ALA bikes are a terrible thing to waste, it was a natural idea to mobilize our company on behalf of this extraordinary grassroots-based organization,” said Austin. “We have found that travelers who embark on Austin-Lehman Adventures tend to be globally conscious and socially responsible, and our alliance with B4H is a perfect complement to their values and those of our company. Both of these trips – the organized charity bike tour in Italy and the Namibia trip — present two highly rewarding excursions. The intrinsic benefits for the cyclist are as priceless as the goodwill it presents to the people of Namibia…hope on two wheels.”

ALA continues to build its reputation as one of the premier biking vacation companies on several continents – 18 cycling trips are among its roster of active vacations. Building on its successful acquisition of EuroBike Tours in Fall 2008, ALA continues to expand its European base of operations and programs. “Biking and goodwill are in our spokes,” said Austin. His company home, Billings, MT, made Bicycling magazine’s list of the Top 50 Bike-Friendly Cities in the US.