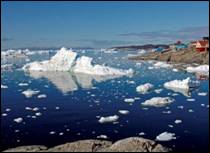 The official Cox & Kings Europe catalogue listing bespoke experiences offered in the region will be available October 2011. Several of the private journeys featured in the catalogue are “Marvels of Turkey,” a 14-day tour exploring both cultural and natural wonders in Istanbul, Cappadocia and Pergamon, while the Discovery Group Journeys include “Timeless Romania” – visiting the country’s medieval towns and impressive Carpathian mountains – and “Classic Sicily,” which covers the land’s impressive Roman art and Norman architecture, along with natural highlights such as the iconic Mount Etna.

To oversee the development of the new Europe product, Cox & Kings has announced the appointment of Europe specialist and Destination Manager, Thor Forsberg. Based in the company’s newly opened Los Angeles headquarters, Forsberg will utilize his extensive expertise to design and develop new journeys to the continent, acting as a liaison between the traveler and the on-the-ground Cox & Kings tour guides and support staff.

A veteran travel professional, Forsberg shares two decades of experience in the industry, with former positions held at Nelson World Travel and Scandia World Travel. As a Scandinavia and Eastern Europe specialist, Forsberg initiated travel programs and managed the companies’ tour divisions, as well as assisted with customer service and maintained relationships with travel agents. He has lived abroad in Germany and Sweden and counts the former’s Island of Gotland, Lofoten Island in Norway, Lisbon, Barcelona, Edinburgh and St. Petersburg as a few of his favorite European destinations. 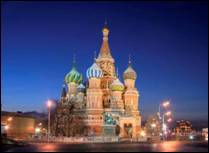 “I am excited to join the amazing Cox & Kings team and assist in launching these all-new journeys to Europe, a continent I have enjoyed exploring and sharing my knowledge on over the years,” said Forsberg. “The destinations to which Cox & Kings is venturing are unique for U.S. travelers, with a few of them – particularly the Scandinavian countries of Denmark, Norway and Sweden – sharing the status of being Europe’s best-kept secrets. Places like the Balkans offer an intriguing mix of culture and natural adventure, combining the grandeur of Central Europe with the glamour of the French Riviera, while countries like Turkey and Russia provide magnificent historical insight and a vibrant crossover of cultural influences.”

Cox & Kings’ European private and Discovery Group Journeys are currently available for booking and are listed on the official website. For inquiries and to book, contact 1-800-999-1758 or visit www.coxandkingsusa.com.