For me, the ideal adventure not only introduces me to places of wild beauty – its landscapes, wildlife, cultures and history- but also plays a role in protecting and sustaining it for future generations.

So I was thrilled when Maureen Gordon, co-owner of Maple Leaf Adventures, told me that they had added a second sailing vessel to accommodate interest in an upcoming collaborative conservation expedition with Canadian Geographic into British Columbia’s Great Bear Rainforest, a vast protected area currently under the environmental threat of a controversial pipeline proposal. 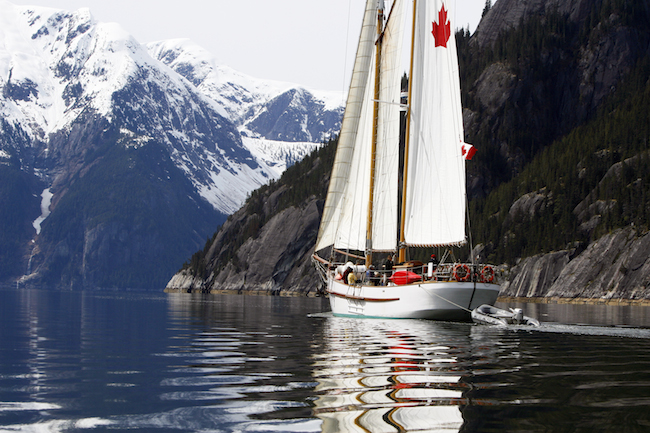 This 9-day voyage, June 19-27, 2014, aboard a flotilla of two small, coastal expedition ships, will raise funds for the Royal Canadian Geographical Society, coastal reserach and conservation.

With just seven guests per ship, participants will have the opportunity for in depth conversations with the trip’s experienced captain and guides, including naturalist and artist Robert Bateman and his wife Birgit, an accomplished photographer. The expedition cruise will explore the fjords, rainforest, and islands as well as do bear viewing and whale watching, visit whale researchers and local villages, and explore the area’s history.

The 6-million hectare Great Bear Rainforest located on the British Columbia coast, boasts deep, granite fjords, a rich whale population, and bears – grizzly and black bears, including the rare, white spirit bear. There are almost no roads, and accessible by water. Since 2006, over a third of the land area has been protected.

“The Great Bear Rainforest is one of Canada’s globally significant places,” said Kevin Smith, Maple Leaf Adventures’ president, and a geographer whose been involved in the highest level of land use planning for the area. 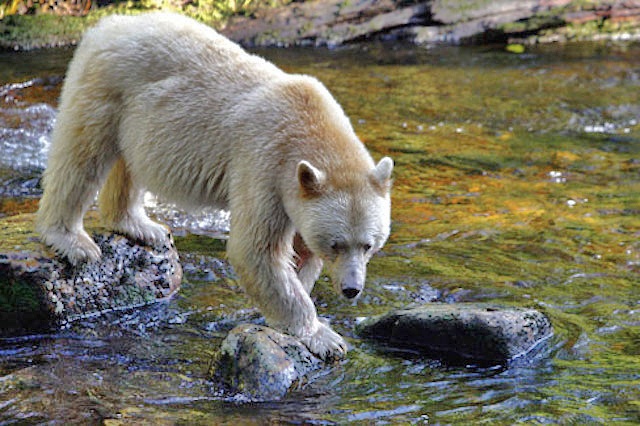 Price includes all cruising and accommodations, meals and snacks prepared by private chef, all beverages including quality wine and beer, all shore excursions and guiding, local flights between Vancouver and Bella Bella, BC, and use of all gear on board including kayaks.

CREDITS: This video clip is excerpted from the film, Reflections, shot in the Great Bear in June 2012. Reflections footage used with permission, and shot by Ben Fox and Cameron Dennison. Additional footage in this video is by Kevin J. Smith. Reflections features an expedition of 50 of British Columbia’s top artists into the Great Bear Rainforest to publicize the area and what is at risk if a proposal for heavy oil supertankers through the area’s reefs and islands is approved.  View the 23-minute movie here.