Millions of people visit India every year, and many of them seek out wildlife during their travels. Tiger tourism remains popular and big cat populations have stabilized in recent years, but the greater one-horned, or Indian, rhinoceros population has also recently rebounded — something worth celebrating on 3 March for World Wildlife Day. 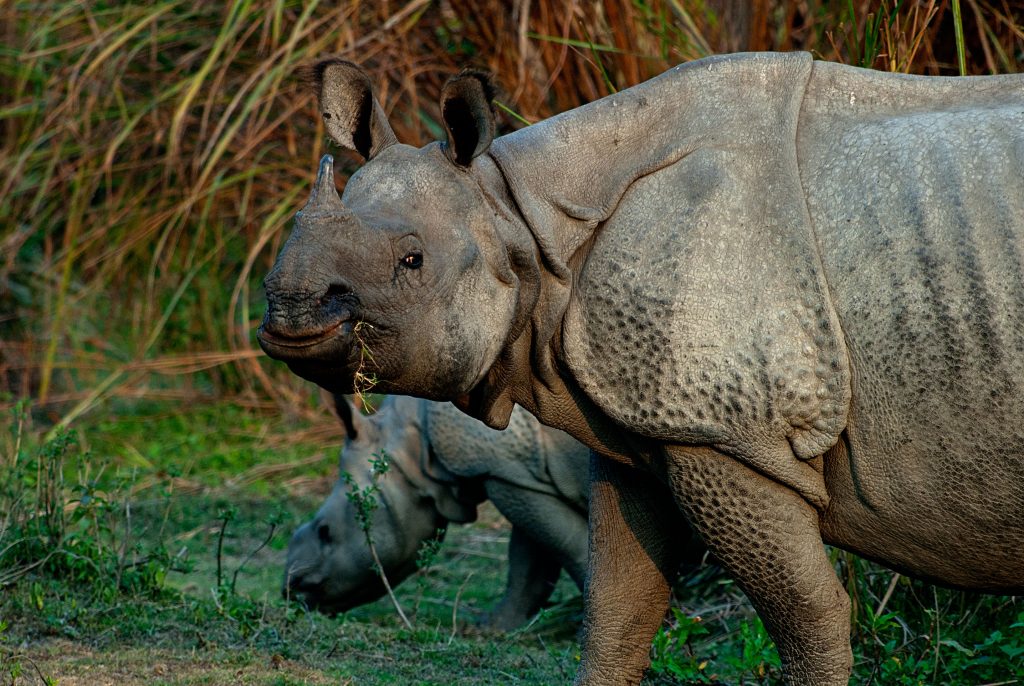 This particular rhino was once abundant, freely roaming from Pakistan to the Indo-Burmese border and throughout areas in Nepal, Bangladesh, and Bhutan. By the beginning of the 20th century, the species had been nearly wiped out due to hunting and habitat loss, and fewer than 200 remained in northern India and Nepal. In 2005, the International Rhino Foundation (IRF) launched Indian Rhino Vision 2020 with the Assam Forest Department, the Bodoland Territorial Council, the World Wild Fund for Nature, and the U.S. Fish and Wildlife Service with the goal of obtaining a wild population of at least 3,000 greater one-horned rhinos spread over seven protected areas in Assam, a state in northeast India, by 2020. The population needs to grow by only 100 more rhinos in order for the goal to be met — a huge success in this wildlife conservation story — but there’s still a lot of work to be done.

Assam is home to a great number of rhinos, but their concentration is also concerning. The state holds more than 75 percent of the world’s 3,550 great one-horned rhinos, so while increasing the species’ population is important, conserving and protecting it is critical. The second goal of the Indian Rhino Vision 2020 is to establish populations across seven populations in Assam. Thus far, the program has helped disperse them across four protected areas.

The consortium of organizations worked together to move rhinos from overcrowded areas like Kaziranga National Park and Pabitora Wildlife Sanctuary to other protected areas such as Manas National Park, where they can breed. However, working with local communities has been pivotal in supporting the project’s goals. “IRF and our Indian Rhino Vision 2020 partners work with local communities and park and government authorities to improve protection and monitoring of existing populations, and to construct guard posts, patrol roads, and bridges,” said IRF’s deputy director, CeCe Sieffert.

Additionally, poaching and habitat loss remain a threat to the species, and the IRF supports a wildlife crime investigation team as part of its protection efforts. In Assam, the IRF established a network of informants to help prevent rhino poaching and identify poachers and traders working in the area. “With well-informed advanced warning, authorities can better prevent poaching incursions and increase the rates of suspect apprehension, arrest, and prosecutions,” said Kelly Russo, IRF’s communications manager. 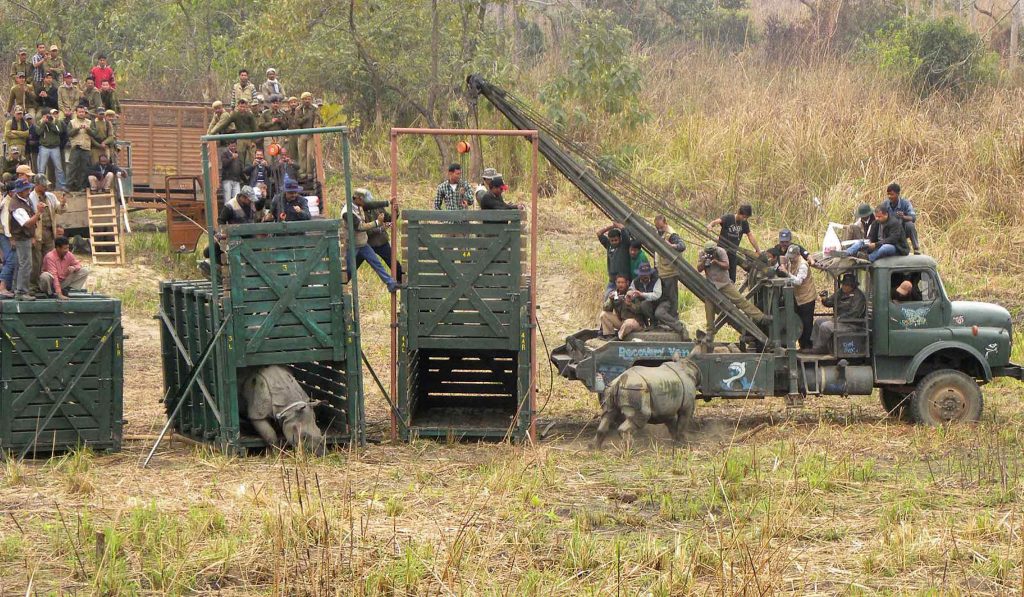 Just as locals assist IRF, the organization has, in turn, helped support community needs. Through a local Assamese organization called Aaranyak, IRF established a small-grants program for other smaller, local non-governmental organizations that in turn support community development and awareness programs. Working with Manas Ever Welfare Society, the IRF assisted in purchasing pigs that were then distributed throughout communities surrounding Manas National Park. The first pig donated has already had 38 piglets, which continues to assist with food security. “These community development projects are critical to good relationships with villages surrounding rhino areas,” Sieffert said.

The efforts seem to be paying off. “Translocations, as part of a multi-faceted conservation approach, do work,” Russo said. “Thirteen rhino calves have been born in Manas National Park since translocation began in 2008.” Further, only one rhino was lost to poaching in Manas in 2014 and one in 2017. “Poaching remains a significant threat to this species, particularly in Assam, although the number of poached rhinos has decreased annually for the past six years due to intense protection.”

Wildlife conservation is an ongoing effort in destinations throughout the world. In India, proactive conservation programs involving stakeholders ranging from international bodies to local communities helps ensure people will continue to seek out the country not only for its wild roaming tigers but its impressive greater one-horned rhinos as well.