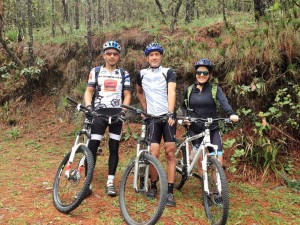 The Adventure Travel World Summit and other travel shows around the globe have high grades when it comes to networking and building foundations for lasting business partnerships. The ATTA team is asked consistently what the key ingredients are to making potential partnerships a reality; turning a casual conversation in a marketplace setting into a formal partnership. Here is one story from an ATTA member who learned how time, persistence and flexibility led to success.

After the Pueblos Mancomunados Ecotourism project began, the 8-village community created a Tour Operator brand called Expediciones Sierra Norte to provide travelers with activities and education about the Oaxacan Northern Sierra. As many tour companies do to spread the word about their offerings and destinations, they wanted to participate in Nature and Adventure travel shows in Mexico as early as 1999.  However, as a community-driven and owned organization, Expediciones Sierra Norte was challenged by misperceptions about their expertise, mainly in marketing, and told they were not ready to participate in travel shows. The organization tried several years to win a spot in national events like the Expo Feria de Aventura, Expoforestal and Adventure Expo in Oaxaca. 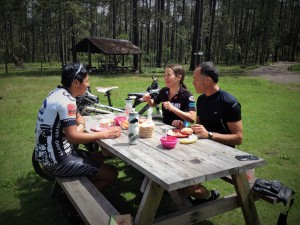 As years went by, members of the different communities worked hard to learn more about marketing, they gained insight from experienced friends in the business of tourism, and eventually Expediciones Sierra Norte grew to become recognized by the industry as a formal tour operator. This meant new and better opportunities, including participating in promotional tourism events. One of their hardest and most important “tests” came in 2011 with ATTA´s Adventure Travel World Summit in San Cristobal, Chiapas:

“This was a bigger and more important event than the ones we had been to – a totally new market – so we had to face having our first ever business meeting with an international buyer whose most representatives didn’t speak Spanish. Right before heading to the Marketplace our manager said something like ‘we may probably not get a single client this time, but we will learn how these companies work, what they are looking for, and then we’ll know what we need to improve,’” recalls Angelina Martinez Pérez, General Manager. “Without a doubt the Summit was a huge breakthrough in regards to our participation in any international tourism event afterwards. The Summit gave us a better idea of how to structure our packages, how to choose the companies we wanted to talk to and eventually work with and how to present our products…but mainly it helped us identify the things we had to work on to improve our services.” 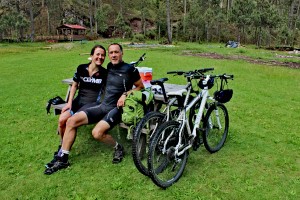 Since the 2011 Summit, Expediciones Sierra Norte has been participating in national events like Tianguis Turistico de México, FITA and ATMEX. They claim they feel better prepared for each event they attend and that they walk away with better results.

“We became ATTA members and in 2013 Expediciones Sierra Norte had the chance to participate once more in an Adventure Travel World Summit, this time in Namibia, Africa.  This meant a whole new challenge for us because it meant traveling to a foreign country, listening to a language that wasn’t our own,” said Martinez Perez, “However we knew we were ready to take this step.  It was incredibly gratifying for me to realize that many people already knew us or had heard about us…so many familiar faces!”

And the opportunities that followed the 2013 Summit included a fortuitous Marketplace appointment with Luis Vargas from The CLYMB who was interested in planning mountain bike trips in Oaxaca. 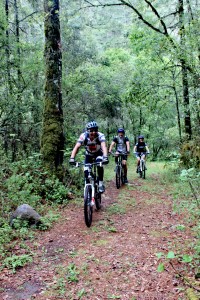 “We discussed realistically the tours we could put together for him, he suggested other places in the Sierra that he considered very attractive and asked us to send him a proposal.  As soon as I came back to Mexico I started working on it, sent it over, got his feedback and only a few months later Luis confirmed The CLYMB was interested in selling our tours – but needed to have a staff member visit the Sierra, live the experience and have a better notion of the region, activities, guides, etc,” reports Martinez Perez.

Not two weeks ago, Expediciones Sierra Norte took two staff from The CLYMB on a familiarization trip including two days of extreme cycling with a local guide and a visit to a Mezcalería (Mezcal tasting shop) in Oaxaca City.  At the end of the tour, Michelle and Dan from The CLYMB described the experience in one word: “AMAZING”…or “Maravilloso” as Dan said in his little but happy Spanish.

Martinez says that they are sure this and many more opportunities will follow if they continue investing in the opportunities to participate in specialized events like ATMEX and the ATWS.