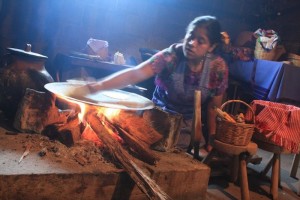 We tend to lump all of Mexico — a country the size of Western Europe — together. For example, a border incident resulted in the death of a Colorado tourist last year, and the Texas Department of Homeland Security recommended against travel to all of Mexico.

Yet it’s in the 17 of 31 states not named in the newly expanded warnings where you’ll find the most rewarding destinations: the Yucatan Peninsula and Baja California beach resorts, colonial hill towns like the ex-pat haven of San Miguel de Allende, even the capital Mexico City.

Reid explains that just an hour away from Cancun’s beaches is one of Mexico’s safest states – Yucatan, which boasts Mayan ruins and colonial cities  The state has about the same number of inhabitants as Kansas and only experienced two drug-related fatalities in 2010 while its US counterpart had six.

For more info on the safest areas in Mexico to travel and what they have to offer, read the article on CNN.

11 Comments to CNN Reports: Travel Expert on Why You Should Go to Mexico