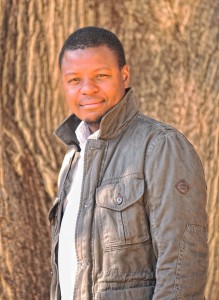 African Bush Camps are delighted to announce that CEO Beks Ndlovu was awarded ‘Entrepreneur of the Year’ at the Zimbabwe Council for Tourism Awards for his personal contribution to Tourism in Zimbabwe. Held in Harare on Tuesday 4th December 2012, The Zimbabwe Council for Tourism celebrated their Annual Awards Evening to recognize individuals and companies who have actively contributed to Tourism in Zimbabwe.
Following a successful career as a professional guide, hosting clients on private guided safaris throughout Africa, Beks Ndlovu realized the importance of the guest experience and decided to use his knowledge to form a portfolio of camps which would focus on the guest and provide them with an intimate and unique view of the ‘Old Untouched Africa’. In a mere seven years, Beks has built and developed a successful portfolio of 8 well-known and utilized camps in both Zimbabwe and Botswana. In addition, he has continued to promote travel to both these countries on an International level, whilst ensuring local communities and wildlife are protected for future generations to enjoy.

Beks Ndlovu was also nominated as a finalist in The Safari Awards 2012 for ‘Best Personal contribution to Safari Tourism in Africa.’ The results will be announced in London in February 2013.