The total emissions for the Adventure Travel World Summit in Anchorage last month was over 1,200 tons of carbon dioxide. That number was estimated and compiled for the ATTA by Synergy Enterprises, a corporate sustainability management firm in British Columbia, Canada. The total includes the gas and electricity used by the convention center for 3 days, hotel stays for over 800 people (totaling 4,624 room nights), transportation for all PSA and DOA adventures (yes, all the ski-doos, scenic flights, boats, busses and trains), paper use, and most significantly, flights for all those people to come to Alaska from all over the world. Twelve hundred tons of carbon dioxide – or an average of 1.58 tons per delegate — is over 4,000 barrels of oil or the amount of fuel burned by 357 cars in a year or the cost of running an entire hotel for a year. 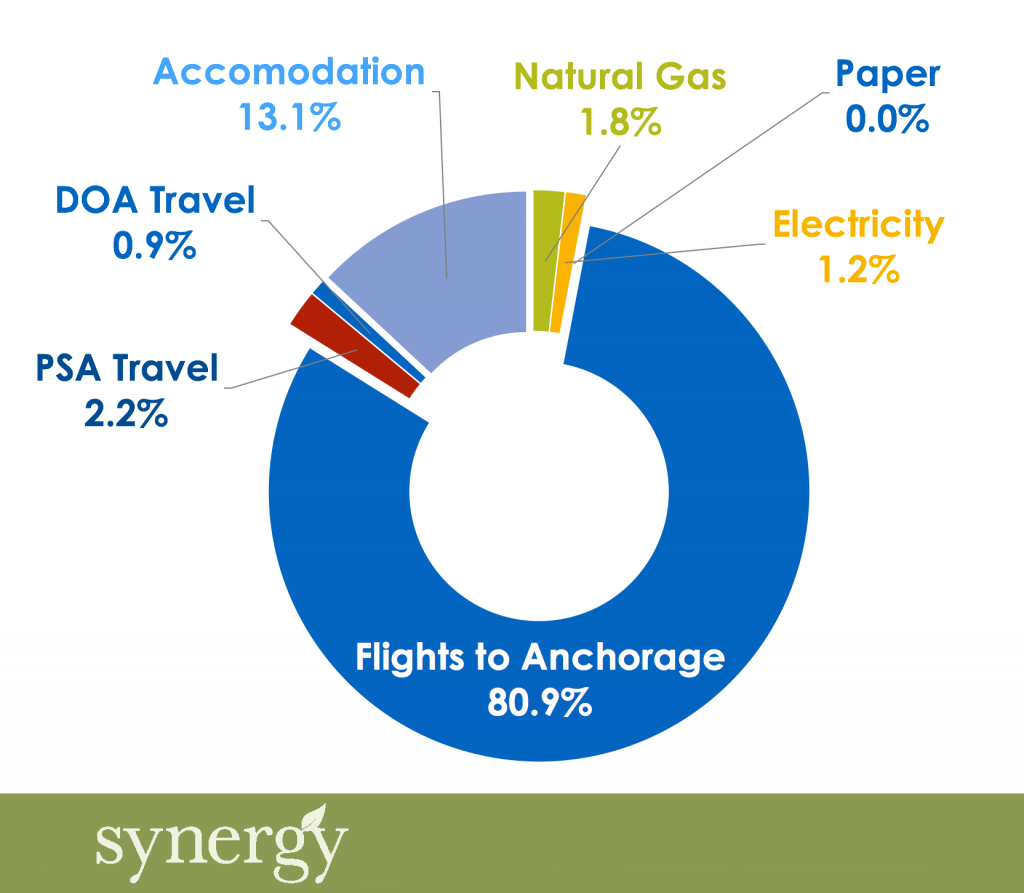 The ATTA needed to know this number in order to make the 13th Adventure Travel World Summit carbon neutral. Carbon neutrality means taking responsibility for our impact; taking out as much carbon dioxide from the atmosphere as we put in. By calculating the emissions, we would create, we could plan for how to make up for it. Going carbon neutral not only directly mitigates the effects of climate change, but it also accelerates the transition to a green and sustainable economy. The ATTA also wants to be a leader in the travel industry and in some ways having a carbon neutral Summit was an experiment in leading the way. We wanted to be able to say, “If we can do it, so can you!”

Tips To Reduce Your Carbon Footprint

The road to carbon neutrality has three simple steps: Measure, Reduce, Offset. The measuring we did by having Synergy create a carbon footprint report.  Our host destination Visit Anchorage helped reduce that footprint by eliminating shuttle service from the hotels to the conference center and offering bicycles instead. ATTA also minimized paper use by developing the ATTA app for schedule information. Finally, offsetting what’s left after reducing can be accomplished by projects that 1.) reduce greenhouse gas emissions (like renewable energy), 2.) sequester emissions in the ground (like planting trees) or 3.) prevent future greenhouse gasses from being released (like conserving forests). For the Adventure Travel World Summit, the best option for offsetting carbon was sequestration by planting trees on a private reserve in Costa Rica.

In 2015, when master of ceremonies Rafael Gallo promised an entire audience of adventure travel professionals that the ATTA would have a carbon neutral 2016 Adventure Travel World Summit, it was easy to say yes. What hasn’t been easy is understanding all the science behind how to do that exactly.

Costa Rica has been ahead of much of the world when it comes to mitigating carbon. At EARTH University on the country’s Caribbean coast, scientists and economists have collaborated to create sustainability models that make financial and ecological sense. So, when the ATTA and Visit Anchorage sent representatives to Costa Rica in August to oversee the reforestation project dedicated to paying for the Summit’s carbon debt, they first had to go to school. They spent hours at EARTH University learning about the formation of the universe and photosynthesis and wood density and soil composition — in order to be prepared to understand how planting trees in Costa Rica would make up for the Summit in Alaska. 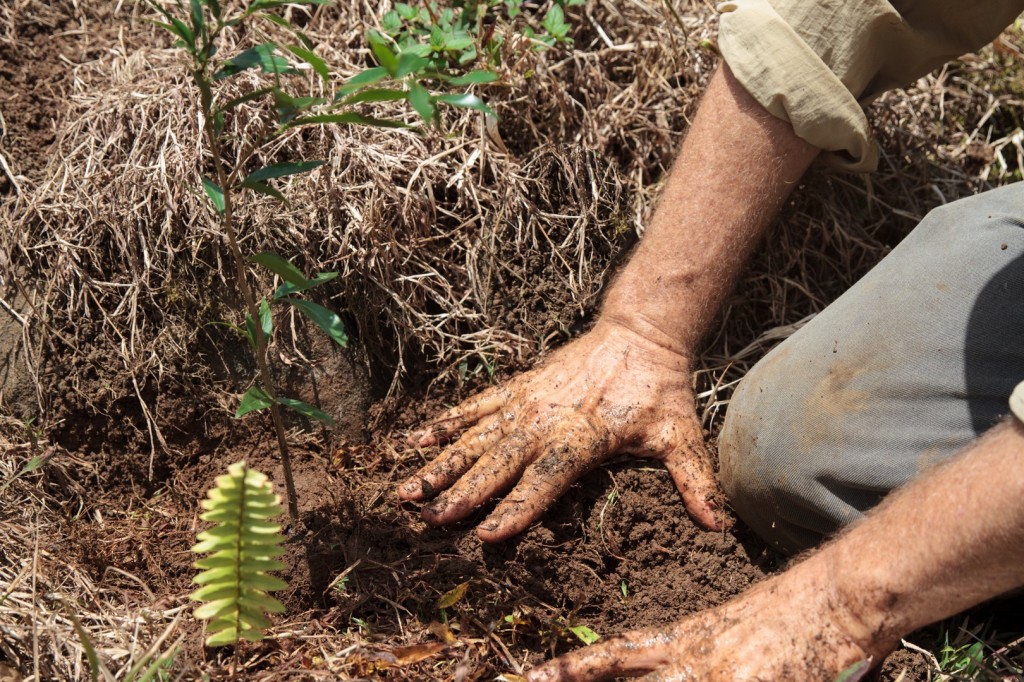 Carbon neutrality is paying a debt to the planet. By hosting the Adventure Travel World Summit, we took something from the Earth. We used up 1,200 tons of our atmosphere. By planting trees, we were able to give it back. Those trees will take carbon from the air and hold it in their branches, their trunks, and their roots. Scientists at EARTH University determined that it  would take 5,000 trees to store all the carbon we used up at the Summit. They also figured out that those trees will need to be in the ground for at least twelve years to sequester 1,200 tons of carbon. The trees themselves are native to the area. Several varieties were planted in August — some because they are great at stabilizing river banks, some because they provide food for the endangered green macaw, some because the beautiful blue morpho butterfly needs their flowers to reproduce. We essentially re-planted a forest that was there for thousands of years before it was cut down for pasture.

Carbon mitigation is not just the single act of offsetting. According to Synergy’s Kayli Anderson, who prepared the ATWS carbon footprint report, it’s also “ a way of acknowledging our impact and taking responsibility for that impact.” One way to go carbon neutral is to purchase carbon offset credits, so instead of being directly involved with a mitigation project like the Costa Rica tree planting, companies can invest in renewable energy or reforestation projects somewhere else in the world. What the ATTA learned from hosting a carbon neutral Summit is that carbon mitigation is part of a suite of environmentally responsible business practices and each company that wants to become more sustainable needs to have honest and strategic conversations about how to align their business with their fundamental beliefs about their environmental impacts.

Carbon neutrality is the only way we can preserve what we have while continuing to rely on the modern conveniences that burning fossil fuels gives us. It’s unrealistic for a tourism organization to encourage people to stop traveling, but we can encourage people to think of ways to reduce the impact of their travel as much as possible and then to mitigate the rest with sustainability plans that make ecological and financial sense.