Editor’s Note: A new study, published in Proceedings of the National Academy of Sciences (PNAS), finds that communities neighboring conservation areas in Costa Rica had lower rates of poverty relative to other areas. ATTA talked to one of the authors, economist Paul J. Ferraro of Georgia State University, about the role of tourism in poverty alleviation.

What specifically were you setting out to explore in this study, and what were your key findings as it pertains to ecotourism? 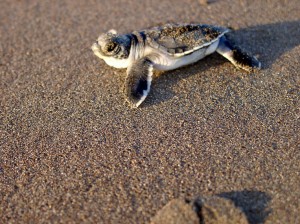 Recent studies have asserted that there is a causal link between the establishment of protected areas and reductions in poverty in Costa Rica, Thailand and Bolivia. We set out to determine how exactly these reductions came about in Costa Rica – in other words, we wanted to clarify the mechanisms through which nature protection affects poverty in local communities. In Costa Rica, protected areas reduced one measure of poverty by an estimated 16 percent over a three decade period. We find that increased tourism around the protected areas accounts for two-thirds of this reduction. Changes in land use, roads, health clinics and school had little effect on poverty. The remaining one-third of the estimated reduction in poverty is attributable to dimensions of tourism, infrastructure or land use that can we cannot measure or to other unmeasured factors associated the protected areas.

Communities near protected areas where the government has created points of entry for tourists saw their poverty reduced by about 11% compared to what it would have been in the absence of these points of entry. In other words, had there been nature protection without tourism, poverty would have been almost 14% higher in local communities. (Note: the percentages differ b’c the first % uses a higher base – poverty without entry – the second uses poverty with entry as the base.)

Did you interview locals or survey to see what economic opportunities ecotourism is creating?

Our study has moved us one step closer in our understanding of how nature protection affects the poor. But we still don’t know exactly how tourism associated with parks and reserves reduced poverty. Unlike other countries (e.g., Madagascar), Costa Rica has no system of revenue sharing with local communities. Thus, we hypothesize that tourism likely reduced poverty in Costa Rica through market channels, either directly through tourism business opportunities or indirectly through the tourism-driven economic growth that takes place in the area. But this is a hypothesis that must be tested with better data than we had.

Was any link found between the level of poverty alleviation and the success of maintaining an ecotourism site?

An important next step in this research program is to study the conditions under which tourism is more likely to reduce poverty. In a previous study, we found that protection reduces poverty more in the poorest communities with low potential for agriculture but at intermediate distances from cities (not too remote). But we do not yet know the characteristics of the tourism management and business opportunities that lead to greater levels of poverty reduction.

Did these findings surprise you, and if not, why?

Prior to beginning the study, we were agnostic on whether ecotourism would have any effect on poverty and, if it did, whether the effect would be negative or positive. But readers of our work are often not surprised by our results because Costa Rica is renowned for its public and private ecotourism investments and its deliberate policy to encourage ecotourism. For that same reason, everyone should be cautious about extrapolating our results to other countries where such investments are not as large or long-lived. If, however, we had not see an effect of ecotourism on poverty in Costa Rica, we would have been surprised to hear that it was reducing poverty elsewhere, given Costa Rica’s leadership in ecotourism.

There are so many possible factors that could moderate ecotourism’s potential to reduce poverty that we find it hard to speculate on this issue. Costa Rica has national-level policies to promote ecotourism and coordination across government ministries, a strong democratic tradition, an educated population, a middle-income economy and good access to North American tourism consumers. It also has a strong private tourism sector. Many of these factors are often missing in other nations and it’s hard to know which are the most important. Our study measures the effects of a few causes, which is difficult to do well. In contrast, measuring the causes of an effect – what causes ecotourism to contribute to poverty reduction and under what conditions does it contribute most – is much more difficult and will take many more years of careful research to illuminate.

What would be the next set of relationships between ecotourism and poverty to study?

We think there are four important next steps: (1) replicate our study in other nations to see if the Costa Rica patterns are widespread; (2) extend our study to understand how the effects of ecotourism vary by site conditions and by segments of the population (we measure an average effect, and thus cannot say if there are winners and losers in the local population); (3) extend our study to understand the mechanisms through which tourism affects the poor; and (4) extend our study to other dimensions of poverty — we only look at poverty as measured by assets, yet there are many more dimensions of poverty (e.g., health) and not all of them may be positively affected by ecotourism.