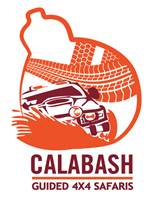 Calabash Safaris was established in 1995 to present clients with an opportunity to drive a 4×4 vehicle through the wilderness areas of Namibia under the watchful eye of an experienced guide as close encounters with all that can scratch, bite, sting or stampede is rather common occurrence in these wilderness areas. The owner Jan Grobler, served as a Ranger with the Ministry of Wildlife and Conservation in Namibia for almost ten years before deciding to start his own safari company to share with International clients the adventure of what can only be experienced away from the normal tourist routes. As the tourism industry in Namibia grew, the availability of lodges in close proximity of the off road routes made it more worthwhile to rather make use of lodge accommodation than camping, as pitching and brake down of camps require a great deal of day time that can be utilised in a better way if the accommodations and meals are already available. Since 2004 our routes overflowed into neighbouring countries and the first Coast to Coast Safari across the African Continent took place.

We mainly cater for groups of 8 – 20 clients on a custom itinerary as requested, designed with our assistance and approved by the group. Our services will include all reservations, transfers and charter flights where needed. Vehicles will have private channel 2 way radios to ensure easy communication. There will be several activities offered en route that can include boat cruises, scenic flights, quad bike excursions either a la roller coaster in the dunes or educational, rhino/elephant tracking, game drives, cultural experiences, etc.

A recent addition to our portfolio is to also offer Harley Davidson tours and a fleet of 12 Harleys will be available from 01 April 2014. This will be offered on a custom itinerary bases with no minimum requirement for group size.

Since beginning of operations in 1995, Calabash Safaris was making use of whatever markets was available to Namibian Tour Operators in those early years after the war. In 1998 the Company was approached by the Travel Magazine Todo Terreno [All Terrain] based in Lisbon, Portugal for custom made safaris for their readers. Various experimental and journalist filled safaris took place between 1998 and 2002 before a Lisbon based travel agent showed interest and a formal relationship was established. The target market was the off road club members of which several accepted the challenge of what was then the annual Paris – Dakar and later the Lisbon – Dakar rally. As this was a new potential tourism market for Namibia with a specific small targeted group within this potential market, initial growth was slow but groups soon increased due to the regular invitation of media to join these safaris. Several of the Lisbon – Dakar participants also used the excursions across the highest dunes in the world to hone their skills needed for crossing the dunes of the Sahara Desert as part of the rally.

In 2004 the owner of Calabash Safaris was able to invite the first travel agents from Russia to attend the annual Namibia Tourism Expo and also took them on a post Expo safari to explore the Namibian environment. This drew the attention of a Russian travel agent catering only for the highest profile clients from Russia and soon several high profile safaris took place. These safaris have always been logistically very challenging with a particular one requiring the services of 16 guides/drivers, twelve 4×4 vehicles, eight quad bikes, six off road motor bikes, a helicopter, a Beechcraft twin engine aeroplane and three Citation Jets. All of this for eleven clients for twelve days!

In 2008 Calabash Safaris yet again got the opportunity to tap into a new market not before associated with Namibia and this time from the Check and Slovak Republics. Several very successful safaris took place but unfortunately the international financial crises also took its toll on this market and further exploitation was put on ice.

Calabash Safaris mainly operates within the borders of Namibia, but our itineraries can include some of the best Botswana and Zambia can offer. The Coast to Coast Safaris may include Namibia, Zambia, Botswana, South Africa, Mozambique and Swaziland. Due to the instability in Zimbabwe it will not form part of any package for the foreseeable future.

Being a small specialised company we realised over the years that the classic overseas agent scenario works better than direct internet bookings. An experienced travel agent will be able to screen potential clients to establish if this kind of adventure will suit them. It is always rather difficult for someone from countries where the driving is on the right hand side of the road to adapt to the left hand side driving. However, once we leave the main roads to get to the 4×4 tracks it is only a pleasure.

As Co-Organiser and Operations Manager of the Namibian Tourism Expo for the past 15 years, the owner of Calabash Safaris with the co-operation of the Namibia Tourism Board have in the past successfully invited overseas Travel Agents and Media to attend the Expo in order to familiarise themselves with the products available in Namibia and also establish more permanent partnerships. This service is still available.