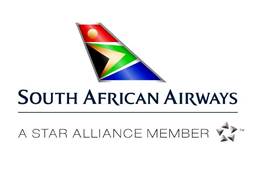 Fort Lauderdale, FL – South African Airways (SAA) has been honored by Business Traveler Magazine’s readers, being chosen as “Best Business Class to Africa” and “Best Airline in Africa” in the magazine’s annual survey. The magazine presented SAA with the award at its ceremony held on Jan. 10th in New York City, recognizing the airline for its consistently high-quality service that keeps it in the world-class category and best in the region year after year.  A group of key partners were on hand with SAA’s Executive Vice President of North America, Todd Neuman, as he accepted the award alongside other SAA executives.

“We acknowledge that Business Traveler Magazine’s readers are global travelers who expect the best on the airlines they fly, and so we are honored that they’ve named us best in the region throughout the years,” said Neuman. “These travelers have recognized the level of detail that SAA goes to in order to ensure their comfort, including the continual enhancements we make to our product both on the ground and in the air, which complement our convenient flight schedules and multitude of destinations served.”

South African Airways’ daily non-stop flight from New York to Johannesburg, and its direct services from Washington (with a short stop in Dakar, Senegal) provide excellent connection opportunities  to destinations throughout the airline’s extensive route network on the African continent.  Enhancements have been made to the airline’s Premium Business Class service, including augmented bedding for its 180° flatbed seats, and an expanded programming selection for its individual audio/visual entertainment systems.  It is also featuring meal selections from South African star chef Benny Masekwameng, a judge on South Africa’s Master Chef TV series.  Earlier this year the airline also accepted the Skytrax World Airline Awards for Best Airline in Africa for the 10th consecutive year and the Best Staff Service in Africa for the 3rd consecutive year.