The adventure travel industry is benefitting from a surge of innovation in bike technology and a dramatic rise in the number of bike trails, cycling routes and overall participation in biking activities — from fat biking to e-biking. The Bike Intensive Workshop we have scheduled for AdventureELEVATE next month will help destinations and operators learn how to participate in the growth of the biking sector. The ATTA recently talked to Ginny Sullivan, Director of Travel Initiatives for The Adventure Cycling Association, who is one of that workshop’s panelists, about some of the trends in adventure cycling and how they are shaping our entire industry. 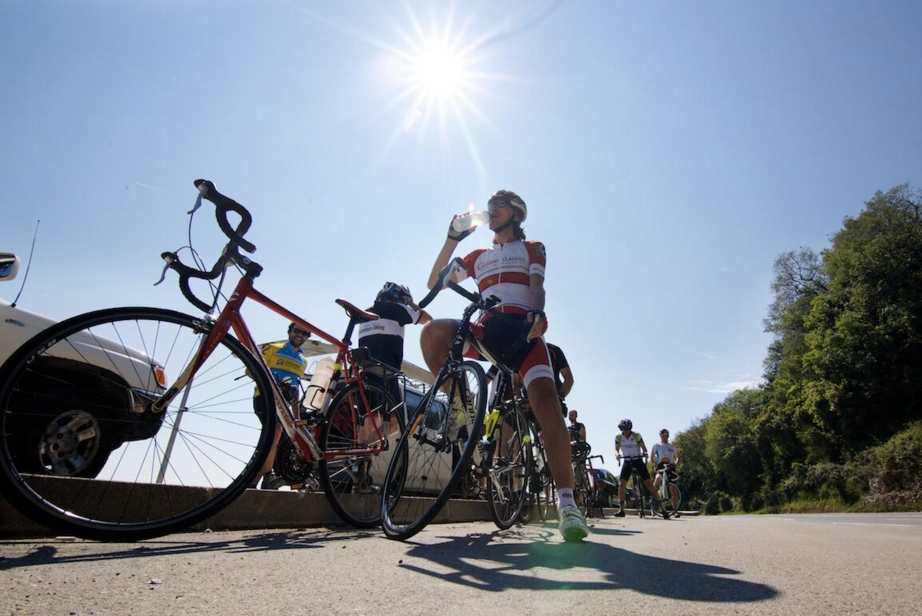 ATTA: What’s the most surprising trend in adventure cycling you’ve seen in the last two years?

Sullivan: I wouldn’t call it surprising, but I do think it’s pretty cool to see Fat Bike Touring and Gravel Grinding taking off. Touring on a Fat Bike (and I’m thinking snow mostly) is great because it extends the season for bike travel. December and January aren’t usually considered part of the normal touring seasons for destinations in the north and now, Fat Biking has allowed states like Alaska, Montana, Idaho, Utah to focus their seasonal promotions on something other than skiing, thus diversifying their marketing to new audiences. I love the thought of Fat Biking hut-to-hut in Colorado.

As for gravel grinding, well, this isn’t really a surprise to us at Adventure Cycling, when you consider the fact that we developed the Great Divide Mountain Bike Route back in the 1990s. That said, gravel grinding includes more than just dirt roads in mountains. It’s all about getting people off paved roads,onto less traveled gravel roads, and opening doors for cyclists who are less inclined to want to share the road with traffic but do want to experience a place that is rural and beautiful. Races and rides on gravel are springing up and have become very popular, like the Dirty Kanza 200. Gravel riding can be as difficult or as comfortable as people want to make it.

I think we are just seeing the start of what could become a really popular way to adventure by bike. Routes need to be marketed and tour businesses and destinations still need to be developed. It really hasn’t been done much — yet.

ATTA: Is there a specific kind of destination that you think is well-suited to offering cycling trips?

Sullivan: Sometimes great destinations are not where regular travelers would go for vacation.I think the Great Allegheny Passage (GAP) is one of the more successful bicycle tourism destination success stories we have in North America. The GAP with it’s connection to the C&O Canal National Historic Park offers over 250 miles of trail connecting two major cities, Pittsburgh and Washington, DC, provides multi-modal transportation options now that Amtrak has roll-on bicycle accommodations, and includes a business development program, Trail Towns that is funded through the Progress Fund.

Of course, La Route Verte is also an incredible and visionary system that combines urban connections to a provincial network and includes a hospitality program, Bienvenue Cyclists! What these destinations have in common is that they include trails through beautiful countryside and the opportunity to ride without motorized vehicles.

Of course, a nice mix of off-road and low traffic roads in nice scenic places is the key. In addition, I would like to see more tourism destinations fit cycling into their existing repertoire of offerings vs. the other way around. I spent some time in South Rio Grande Valley of Texas and the major tourism there is beaches and birding. Why not combine biking and paddling into what these resorts offer? Put the money generated by these huge resorts into developing some top-notch facilities that make people feel safe, provide a great option to move by bicycle (or foot) and then offer bicycles, itineraries, and tours for a turnkey experience.

I will add that Northwestern Arkansas has also become a hot-bed for bicycle tourism. With help from the Walton Foundation, the Razorback Regional Greenway is a 36-mile trail that connects six towns, and Bentonville’s mountain bike trails and park.

Sullivan: In North America, I feel we haven’t done enough to engage and work with tourism officials and the hospitality industry. After Jim Sayer, the executive director of Adventure Cycling went to Europe for VeloCities and attended some of the ATTA conference he brought these overlooked partners to our attention. Seems obvious, right? But really, tourism officials have a difficult time figuring out how to promote bicycling and tours are included in that. Tourism officials lack the knowledge of the different kinds of cycle tourism and the different entry points – most of all, they lack the assets they need to promote biking: photos, itineraries, routes/maps, businesses, etc. Without an understanding of what it is they are promoting, they just haven’t done it much.

“It means we, as business people and advocates, have to create a whole new kind of partnership and enter a new level of sophistication. We have to develop these relationships, educate them on the benefits and opportunities and help them find the assets to do it well.”

On the other hand, getting tour operators and destinations that wish to be known as a great place to bicycle to work with these marketing experts is slow to happen. Transportation officials, who I tend to work with in getting U.S. Bicycle Routes designated and who are the go-to officials for getting infrastructure and trails developed, do not know the first thing about marketing.

In addition to tourism officials, chambers of commerce and hospitality non-profits are also great partners. We’ve been especially impressed when you can get federal land partners to see the benefits. We’ve been working with the Natchez Trace Parkway on improving cyclists safety on the parkway. Part of our efforts included increasing the information about bicycling on their website, in their visitor centers and in the gateway communities. The website information has really made the Natchez Trace more welcoming and provides so much more detail as to what cyclists need to know, including where the hiker-biker sites are located.

ATTA: Are there any states or countries that you feel are doing a good job at creating accessible cycling networks of any kind?

Sullivan: One state that is really doing it well is Oregon. The instigator for getting Travel Oregon on board, was Cycle Oregon. The tour company showed the tourism officials how popular bicycling is and demonstrated that there was unmet demand. A bicycle tourism partnership consisting of over 75 businesses, agencies and community leaders helps Travel Oregon generate ideas and buy-in. Through this partnership and with some start of funding from Cycle Oregon’s foundation, the Oregon Scenic Bikeways was born. This program is managed by Oregon State Parks but it is cooperative with the transportation officials. They also support a website and have a business development and training program called Oregon Bicycle Friendly Business certification.

Another state that has done a great job is Minnesota. They formed a partnership with tourism, advocates, National Park Service, etc and created a website called Pedal Minnesota. It tells a cyclists almost everything they need in order enjoy whatever kind of bicycle adventure they wish to have in the state.

Sullivan: I can go on-and- on with this one. We’ve been tracking economic impact studies for several years now and have really zeroed in on how bicycle tourism affects small towns.

We always knew it was good for rural communities – cyclists love small towns and small towns are friendly and can use the business, but we never had the hard data to prove it until the last few years. 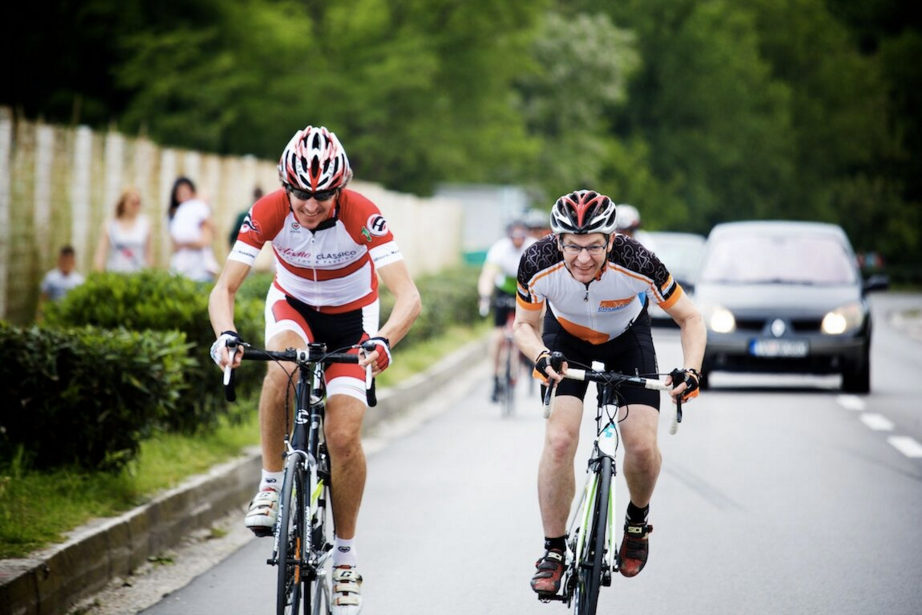 You will see from the Economic Impacts article that there are lots of studies now showing how valuable this is. The one study that really exposes the adventure cyclist impact is the one conducted by the University of Montana Institute for Tourism and Recreation Research (ITRR), Analysis of Touring Cyclists: Impacts, Needs and Opportunities for Montana. The ITRR surveyed cyclists who had traveled through the state of Montana via bicycle (or who had purchased Adventure Cycling maps within the three years previous to the study) and the results demonstrated that cyclists spend more per day than motorists ($75-103 vs $58-64) and stay almost twice as long in the state. It also showed that cyclists stay all over the state, not just in the high tourism areas of Glacier and Yellowstone National Parks – this was really welcome news to many communities all over the state. Since the release of this study, Montana State Parks has received $200,000 from the Department of Commerce to establish hiker-biker sites in four state park campgrounds, including bike parking, charging lockers, food bins, and fixt-it stands. Travel Montana is developing a new promotion for biking, called “Between the Parks” which will release to the public soon, and several small towns have contacted us to let us know they are developing “bike camps” similar to this one in Twin Bridges.

Come hear Ginny Sullivan and four other panelists talk in-depth about cycling tourism at AdventureELEVATE in Saguenay, Quebec, in June. There are a few spots remaining, so register now.

2 Comments to Biking is Big Right Now: Interview with The Adventure Cycling Association