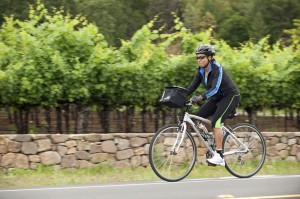 Issaquah, WA – Bicycle Adventures, a Pacific Northwest-based active travel company specializing in two-wheel tours in North America, Hawaii (the Big Island) and New Zealand, has signed an agreement with the Japan Cycling Association (JCA) to be an exclusive provider of bike tours in North America for its 20,000 members.

This arrangement, the culmination of 18 months of collaboration, with Shin-ichi Maniwa, Adviser and Chief of JCA Cycling Information Center and signed by Vice President Motohiko Kato, brings Bicycle Adventures front and center to association members and any Japanese cyclist seeking bike tour information through the association’s network of both domestic and foreign travel agencies, explained Todd Starnes, Bicycle Adventures’ president.

On a special Bicycle Adventures website, the home page has been translated into Japanese with an informative video link also in Japanese. This project is scheduled to launch late 2014.

A survey is being sent to JCA’s membership to ascertain themes and regions preferred for cycling tours. Depending on the destination, members will receive a special value-add via tour perks/benefits/access. Japanese travel agents, through whom most bookings will be done, will receive a 10 percent booking commission.

Starnes anticipates that services to this Japanese market may extend to include airport meet/greet programs, on-bus narratives and different paced itineraries.

Japan has recognized cycling as a healthy sport since the mid 1950s. The association was formed in 1964 by the Minister of Education as a non-profit foundation to promote cycling and was later authorized by the Ministry of Economy, Trade and Industry as the sport contributes to the bicycle production and parts industry. As of early 2014 it counted some 20,000 members, with plans to grow in four years to between 150,000 and 200,000 members. All 47 prefectures in Japan cooperate with regional cycling associations. Headquarters are 1-9-3, Minato-ku, Tokyo, 107-0052 Japan.