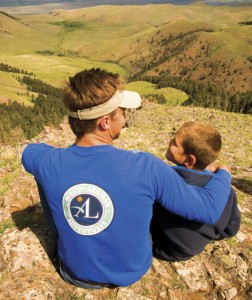 BILLINGS, MT– A chemistry combining hospitality with paddles and  saddles (bike and equine) on thousands of miles of international trails and waterways has, for the third consecutive year, garnered Austin-Lehman Adventures (ALA) a top ranking in Travel + Leisure Magazine’s 2011 World’s Best Awards readers’ survey.

A jury of magazine readers and editors placed multiple-award-winning tour operator ALA, the active travel company setting adventure vacations standards in North, Central and South America, Europe, Africa and beyond, Number 5 in the category of ‘Best Tour and Safari Operator in the World”.  Only four companies that primarily conduct African safaris scored higher. Companies were rated on a variety of criteria including staff and guides, itineraries and destinations, activities, accommodations, food, and value.

On the heels if the announcement made on July 6, 2011, Dan Austin, founder and president, reported that his company is having its “best year ever.” He attributes this to bar-setting client services and active itineraries that annually expand destinations to loyal alumni who represent 40% percent of the company’s business and to an “exponential” growth in the family and multi-generational market.

ALA’s Preserve a Park program that for three consecutive years has singled out a National Park to receive a portion of guest bookings to that park has also positively stimulated an always-strong interest in national park trips and traveling to America’s iconic destinations, said Austin. The 2012 park selection is Canyonlands National Park.

Growth in the company’s Europe bike tours with the recent introduction of e-bikes has also been a factor in record bookings for 2011.