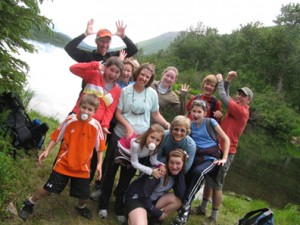 Billings, MT – Award-winning tour operator Austin-Lehman Adventures (ALA), the active travel company setting land-based adventure vacations standards in The Americas, Europe, Africa and the Caribbean, announces new additions to its 2013 tour schedule while coming off a record 2012 season with bookings up 21 percent over the previous year.

To keep up with past guest demand for ever-new destinations and itineraries, the company announces it has expanded its 2013 tour roster with 19 new trips home and abroad. And, as it has done for the past 10 years, Austin Lehman Adventure Travel is freezing next year’s rates at 2012 prices for trips booked by Sept. 30, 2012.

This is one of the most ambitious new itinerary expansions in the company’s 40-year legacy of creating multi-generational, multi-sport, hiking, paddling, cycling, safari, and small ship cruising opportunities.

“We have a growing roster of alumni who want to travel to undiscovered destinations with us,” said Dan Austin, founding director, noting that ALA’s returning guest factor stands at 40 percent annually. Some parties have traveled with ALAas many as 30+ times. Austin expected this number will continue to climb in part due to the September 2012 issue of Travel + Leisure that recognized ALA as the #1 Family Tour Outfitter in the World.

“We’re both honored and thrilled to be listed on top of a distinguished line-up that also includes such travel icons as Micato Safaris, ROW and Disney Adventures,” said Austin.

The trips new for 2013 include a number of new family trips as well as adult-oriented tours featuring multi-sport activities exploring America’s national parks: Oregon’s Crater Lake (along with Ashland’s Shakespeare Festival); Arizona’s Colorado Plateau (with the Grand Canyon, Sedona and Mormon Lake); and Utah’s Red Mountain Wellness Retreat in the high desert outside of St. George.

Last year ALA added a small ship cruise division and in 2013 will add a journey through Alaska’s Northern Passages and Glacier Bay, as well as an expedition into the wilds of Antarctica.

Six new tours swell the opportunities for cycling in Europeto 26 unique itineraries. These are Ireland’s Corkto Killarney, the Scottish Highlands,France’s Dordogne region, a second route through Normandy, a time-budgeted version of a popular trip through Holland and an exploration of the Aegean Sea along Turkey’s shore.

South of the border the new 2013 catalog will feature a wellness week in Chiapas, Mexico; a hiking/boating trip through Costa Rica’s Corcovado National Park and Osa Peninsula; and a journey to undiscovered Nicaragua.

In what is now Austin-Lehman’s most successful season to date, in 2012 the company saw family bookings increase 14 percent, European bookings 18 percent (with bookings to France up 32 percent), national park bookings up12 percent and trips to Latin American (including ALA’s new Cuba trip) up 35 percent over 2011 numbers.