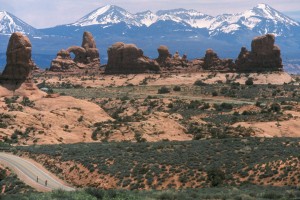 Billings, MT. – For the third consecutive year a leading adventure travel company specializing in national park vacations will donate a portion of its profits to US National Park preservation through its charitable Preserve a Park Program.

Canyonlands National Park has been selected as the 2012 recipient, announced Dan Austin, Director of Austin-Lehman Adventures (ALA), the award-winning active travel company setting adventure tour standards in the Americas, Europe, Africa and beyond. This park, straddling the Colorado River in Utah, is best known for its 500 square miles of steep, river-carved canyons, multi-colored mesas, sandstone pillars and natural arches.

Launched in 2010 to celebrate and support America’s national parks in times of reduced funding, ALA has pledged over $10,000 to date to non-profit associations affiliated with specific parks.  Canyonlands Natural History Association (CNHA) http://www.cnha.org/ has been chosen as the 2012 beneficiary; others have been Glacier National Park Fund www.glacierfund.org in 2010, and Yosemite Conservancy in 2011.

Throughout the 2012 season Austin-Lehman Adventures will donate $100 to the CNHA for each guest booked on its small group Arches to Moab Multisport Adventure. See: http://www.austinlehman.com/moab-adventures-trips-81.php.

“New guests and our loyal alumni love knowing that a portion of their trip fee helps preserve our national treasures. In fact, in 2010 spaces on our Glacier Park trip sold out in record time. The same happened this year in Yosemite and in 2012. If past history tells us anything, we expect our Canyonlands trips to also sell out quickly,” said Austin.

From the host city of Grand Junction, CO, Canyonlands’ wonders unfold as ALA guests bike through Colorado National Monument to ancient petroglyphs, raft Westwater Canyon of the Colorado River and observe historic evidence of ancient Fremont, Anasazi and Navajo communities.

In addition to hiking, rafting and biking in two national parks (Arches and Canyonlands) during the 2012 season CNHA will weave an educational component into each trip. The nearly all-inclusive vacation (in 2011) is priced at $2,398 per person double ($680 single) for adults and from $1,918 for children age 7 and up. Specific dates have been set aside exclusively for families.

Austin says that guests have been raving about this year’s trips.

“My wife and I just returned from Arches to Moab, our ninth adventure trip with Austin-Lehman, and our new all-time favorite. What made this trip special were the out-of-the-way places our guides took us – places we wouldn’t have found on our own, be it the Fiery Furnace “playground” or the waterfall in the desert,” said Ron K. of Springboro, Ohio.