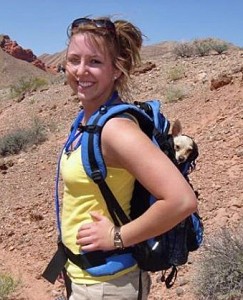 Billings, MT – Dan Austin, Founder and President of Austin Adventures, announced recently that Alexis Brill has joined this Billings-based international travel company as Marketing and Sales Manager and that Katie Jackson has come on board as PR & Communications Specialist.

Brill, a Billings native, will oversee the growing Sales and Marketing Department. She spent several years in New York City as Global Head of Marketing at Reward Gateway, Co-Organizer of The Seed and Senior Marketing Manager at enter:marketing.  A graduate of Montana State University in Billings, she began her career in Las Vegas where she worked at Fontainebleau Resorts as a business marketing analyst and at Credit One Bank as a digital marketing manager.

“The Sales and Marketing Department has been busier than ever this year after Austin Adventures was acquired by Xanterra Parks & Resorts last year. The timing couldn’t be better to bring Alexis on board,” said Austin. “She hit the ground running! Alexis has already played a major role in the creation of our annual catalogs and the development of our 2015 marketing plan and budget—all within her first few weeks of working here.” 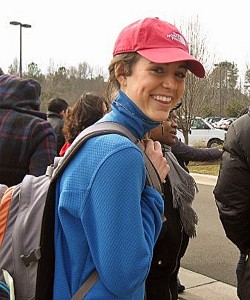 An avid traveler and social media wiz, Jackson will manage the company’s public relations initiatives, Facebook, Twitter and other social media channels.  A native of Lewistown, MT, she spent several years in Manhattan where she graduated from St. John’s University before joining the media relations department at M Booth. After a stint in Nicaragua working for Greenspot Travel, she served as an account executive at French/West/Vaughan in Raleigh, NC.

“We couldn’t be happier that we’ve brought two native Montanans back home to Big Sky Country and they’re joining us in Billings. The fact that they both decided to leave the hustle and bustle of New York behind was purely coincidental but no big surprise,” Austin joked.