On 6 April 2019, the Adventure Travel Trade Association’s (ATTA) CEO, Shannon Stowell, participated in a panel discussion on the future of tourism in Jordan at the World Economic Forum on the Middle East and North Africa.

“The data shows that when consumers consider adventure travel, they think of three things: nature, culture, and accessible physical activity,” Stowell said. “Jordan is a perfect match for these with its deep cultural opportunities and offerings, as well as its abundant nature.”

Coming on the heels of a third successful AdventureNEXT Near East event in nearby Aqaba, the panel appearance presented Stowell with an invaluable opportunity to elevate adventure travel’s impact within a broad conference agenda that ranged from tackling climate change and countering sectarian and religious conflict to creating jobs for youth, accelerating the rise of Arab women, and fostering the Arab world’s most innovative start-ups.

“Because the ATTA has been at the forefront of bringing adventure travel to Jordan and has hosted events here three years in a row now, we’re beyond theory and deep into practice in Jordan,“ he said. “The adventure travel industry functions on the belief that we can do business without sacrificing the environment or local people’s involvement.” 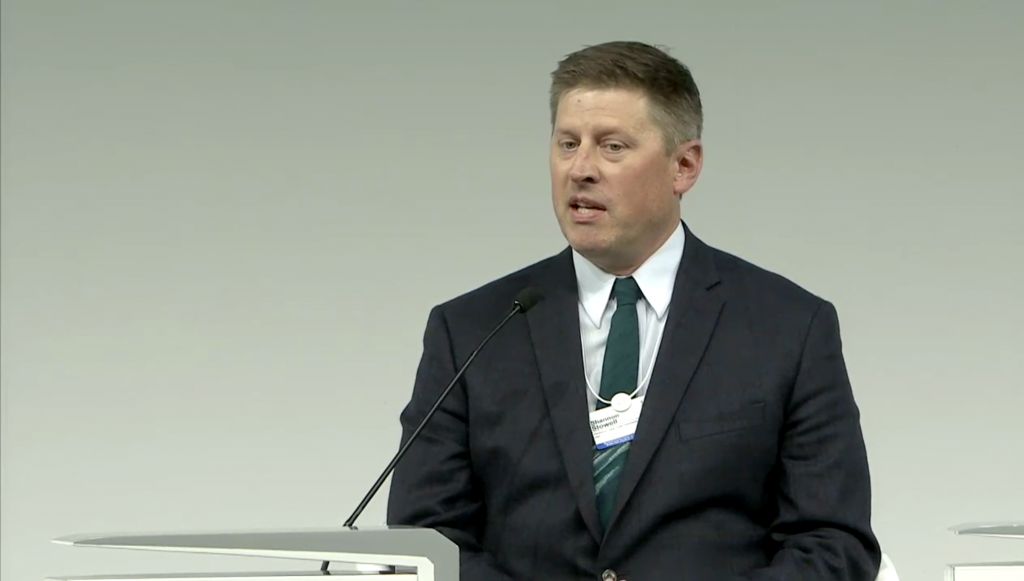 Stowell spoke about the positive impact adventure travel can have during the World Economic Forum in April.

As evidence, Stowell pointed to a USAID study concluding that mass tourism tends to leave about 15 percent of the revenue generated from visitors in the local destination itself, while adventure travel leaves 65 percent. Over the past decade, the adventure travel market has exploded, growing at 20 percent annually as opposed to 5 percent for mass tourism. It also tends to offer more value for the destination in the long haul, including employing on average twice as many local women as mass tourism.

“Although adventure travel is a much smaller sector, it is incredibly potent in its economic opportunity,” Stowell said, noting that such growth represents opportunities as well as potential threats to fragile places.

The ATTA’s partnership with Jordan is already making a tangible impact through initiatives like cooperating with Jordan’s Ministry of Tourism and Antiquities to create guidelines for adventure travel as well as developing best practices certification programs for guides. “We’re probably the most engaged organization working on tourism in Jordan at this point in time,” Stowell said.

Asked about the potentially detrimental impact adventure travel can have in environmentally fragile areas in countries like Jordan, Stowell pointed to the fact that adventure travel sits at the intersection of commerce, community, and conservation, which perfectly aligns with the World Economic Forum’s mandate to help improve the state of the world. “As Jordan and other countries look at developing your tourism, consider value over volume,” he said.