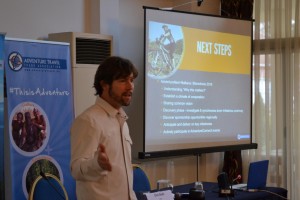 Networking and cooperation emerged as a welcome new theme among a previously fragmented group of destinations, government bodies, donor agencies and stakeholders in the Western Balkans. Chris Doyle, ATTA’s Executive Director for Europe, and Gergana Nikolova, ATTA’s Development Lead in Europe, were in Macedonia in mid-February to spearhead meetings focused on regional development plans and cooperative strategies. The primary purpose of their mission was to lay the groundwork for the ATTA’s inaugural regional adventure tourism conference in Europe called AdventureNEXT.

AdventureNEXT will be hosted in Ohrid, Macedonia, in May 2016 and is expected to attract 300 delegates, including 45 international outbound buyers and 20 journalists from North America and Western Europe. 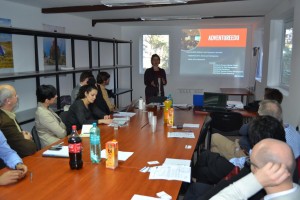 Macedonia’s Agency for Promotion and Support of Tourism, led by its director, Kristijan Dzambazovski, and the ATTA held a joint press conference on February 17 to announce the AdventureNEXT event to the local industry. During the press conference, Doyle described how the gathering will concentrate on topics that will contribute to the economic benefits that Macedonia and the greater Balkans stand to gain from adventure travel. He also noted how AdventureNEXT will address the professionalism of the respective Balkans destinations, improve local commitment to safety and risk management, stimulate source market attention and support awareness and understanding for the Balkans’ rich, physical, cultural and nature-based tourism assets. 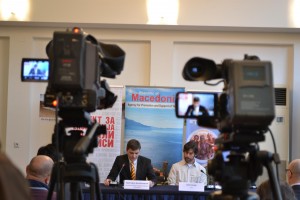 According to Doyle, “Macedonia, with Kristijan at the helm, has committed to a progressive, multi-year plan to support responsible adventure tourism development. It is rather unique stance in this region. In addition to building toward Macedonia’s future, he’s keenly aware of the importance of trans-border cooperation and regional branding for the Balkan region to attract international visitation.”

Immediately following the press conference, more than 70 tourism stakeholders from the Macedonian adventure tourism supply chain gathered to learn about the May 2016 regional conference and to better understand their role in its delivery. Stakeholders commented on how the size of the group that continuously gather for the ATTA-led events continues to grow. They indicated that it is a testament to the growing local interest and dedication to building a responsible adventure travel industry. During the stakeholder strategy meeting, the ATTA encouraged those present to sustain and even increase their level of cooperation. Several leaders from the private sector described how they have been making a point to work together, to share information with their competitors, and partnering to develop new and innovative products and itineraries. 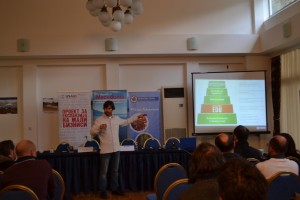 Since 2013, the ATTA has engaged in efforts throughout the Balkans to support multi-country initiatives. According to regional representatives, the ATTA has played a central role in helping to stimulate a new climate of cooperation. They point to the ATTA’s speaking engagements, strategic meetings involving the entire supply chain, education and training vis-à-vis its AdventureEDU program, and the successful 2014 AdventureWeek Western Balkans involving Albania, Kosovo and Macedonia, as having spurred a new tone of cooperation.

Doyle and Nikolova’s recent visit also included meetings with partners including the Agency for the Promotion and Support of Tourism of the Republic of Macedonia and the Small Business Expansion Project (SBEP), which is co-financed by the United States Agency for International Development (USAID) and Switzerland’s State Secretariat for Economic Affairs (SECO). 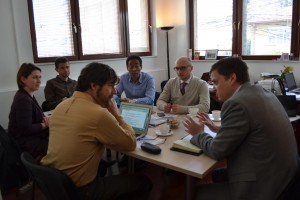 To assist the Macedonian tourism agency in synchronizing efforts among the governmental players and donor agencies, the ATTA stepped forward as the cohesive element providing renewed focus and direction to regional tourism development projects. Specifically, Doyle and Nikolova spent time with donor agencies working in Macedonia and around the Balkans. Donor agencies represented in the meetings included USAID, the European Bank for Reconstruction and Development (ERBD), the Secretariat on EU Matters (SEP), the Swiss Embassy and Swiss Contact, World Bank, and the German Society for International Cooperation (GIZ).

The ATTA remains dedicated to a strategy of working with regional partners to assist in developing a multi-country model for adventure tourism development throughout the Balkans. Read more about the ATTA’s work in the region in AdventureTravelNews.