Antarctica is hotter than ever according to the latest figures released by the International Association of Antarctica Tour Operators (IAATO) who recorded a 15% increase in visitors traveling to Antarctica with IAATO members throughout the 2016-2017 Antarctic season.

For 2017-2018, Antarctica visitation is projected to see a 5% increase to reach a peak of 46,385. The number of US visitors remained numerous increasing by 7% compared to the previous year, ranking them first on the list of passenger nationalities. 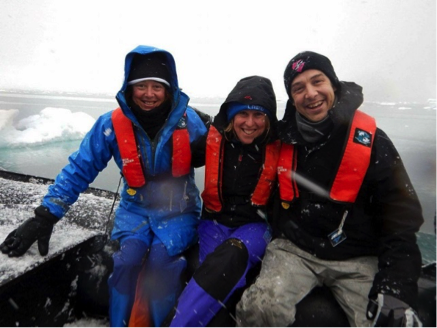 According to Polar Specialist Chimu Adventures, there are many reasons for Antarctic tourism growth, the most obvious being increased air capacity and misconceptions regarding accessibility and affordability. Also contributing to the destination’s growing appeal is the increased amount of unique experiences to be found in Antarctic waters.

“While first and foremost, travellers still take a trip to Antarctica for its obvious drawcards such as its remoteness, exclusivity, and spectacular wildlife, we are seeing that more and more travellers are opting for travel options that go beyond the ‘ordinary’ expedition cruise, looking for that additional spark of uniqueness, that wow factor that makes the trip extra unique” he added.

As Chimu Adventures are preparing for this record-breaking season, the company would like to assure travelers that, as a proud member of IAATO, they work under strict guidelines to ensure tourism impact on Antarctic wildlife and the environment is minimized at all times.

‘Sustainability is one of our core values here at Chimu and we believe that the world’s love for this incredible place, and people’s desire to see it, are some of the factors that have been keeping it so fiercely protected’ added Carter.’

‘We want our guests to become vocal ambassadors to help us spread the word about how important this last true natural untouched wonder really is as for us, creating advocacy is the strongest and most effective way to really make a difference.’

According to Evans, these are the top unique experiences for the 2017-18 Antarctic cruising season:

Cruise with a purpose
On the exclusive 11-day Frozen Frontier fundraising voyage, organized by Chimu in conjunction with their very own not-for-profit Make a Difference Project (MAD), guests travel alongside Peter FitzSimons, former Wallaby and best-selling non-fiction author of ‘Mawson and the Ice Men of the Heroic Age: Scott, Shackleton and Amundsen’.

Only a few weeks ago, Chimu took award-winning TV personality Sam Johnson from Love Your Sister on board, raising funds to assist Love Your Sister’s quest to kick cancer in the behind.

Ski Antarctica
On the 28-day sail and ski adventure Ski Antarctica, get onto the pristine white slopes, seek virgin terrain and climb unique peaks and go sea kayaking amongst ice and penguins. 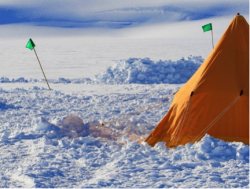 Camp on ice
As part of the 18-day Shackleton’s Antarctica, adventurers will have a chance of camping on the ice, the ultimate off the beaten track adventure for many.

Visit East Antarctica
The 26-day In the Wake of Mawson expedition, retracing the footsteps of Sir Douglas Mawson, is a collaboration between Chimu and Mawson’s Hut Foundation, giving guests exclusive access to the very rare tourist ships departing Hobart, Australia for East Antarctica. 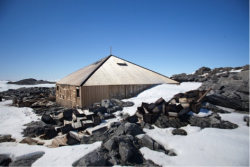 Dive Antarctic waters
It may not be your obvious diving destination, but gliding through the amazing icy blue waters of the Antarctic is sure to impress with fascinating underwater encounters with Antarctic marine life. The 19-day Falkland Islands, South Georgia & Antarctic Peninsula includes a diving option.