With a new expedition vessel sailing in Pacific Northwest waters, AdventureSmith Explorations now offers three routes to cruise the San Juan Islands by small ship. The international experts when it comes to arranging yacht and small expedition ship cruises, AdventureSmith nominates the San Juan archipelago as its top pick for autumn cruising this year. Its 408 miles of shoreline offer easy access to off ship activities in this up-and-coming foodie and wildlife lover’s hotspot.

The San Juan Islands are located just off Washington State’s coast north of Seattle and east of Victoria, British Columbia. Sailing among the 172 named islands of the San Juans, expect to meet pods of orcas sting on salmon, playful seals and sea lions lounging on rocky islets, black bear and deer flourishing in deep evergreen forests, as well as royalty atop the trees, as the region hosts the highest concentration of bald eagles in the Lower 48. The San Juans are also dubbed the “Gourmet Archipelago” with culinary festivals, four shellfish farms, three vineyards, one brewery, one cidery/distillery, and seven tasting rooms featuring local and regional wines, micro beers and locally distilled spirits.

New to AdventureSmith Exploration’s cruise portfolio in the San Juans is Exploring British Columbia & the San Juan Islands, eight days aboard the 100-guest National Geographic Quest. This brand-new, purpose-built expedition vessel launches later this month, but the ship’s popularity has all of her summer 2017 sailings in Alaska already sold out. “This fall is your chance to be among the first aboard this world-class basecamp for adventure,” according to AdventureSmith Explorations Founder and Director Todd Smith. 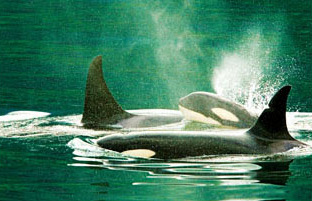 Departures are from Vancouver, BC, and Seattle. Two days are spent exploring the San Juan Islands by expedition landing craft, kayak, paddleboard and hiking trail, with a special stop at picturesque Friday Harbor to visit the Whale Museum and local shops. This itinerary further stands out, according to Smith, as it features Vancouver as an embarkation/disembarkation point, a bonus as travelers can explore this world-class Canadian city before or after their wilderness adventure.

British Columbia Yachter’s Paradise offers eight days aboard the intimate, luxurious 22-guest Safari Quest, with a day spent exploring the San Juan Islands. Guests sail round trip from Seattle, mostly visiting wilderness locations, but also with a mix of culture thanks to stops in Friday Harbor and Victoria, with time set aside to take High Tea at the elegant Empress Hotel. Located on San Juan Island, the largest island in the archipelago, Friday Harbor hosts travelers for a morning town tour before guests embark to keep watch for the orca pods that frequent these waters. 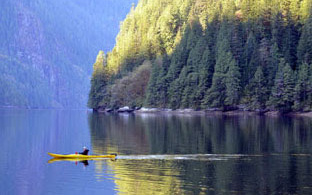 Olympic Wilderness & San Juan Islands is eight days aboard the 76-guest Wilderness Discoverer and offers the most time and flexibility exploring the San Juan Islands. Guests will spend at least three days in this famed archipelago, stopping at Lopez Island, San Juan Island, Orcas Island and Sucia Island, among others. Guests cruise to and from Seattle, exploring this city’s waterfront before sailing through the San Juans, dropping anchor here and there for kayaking and hiking. A highlight is Sucia Island’s 564-acre Marine State Park, considered the crown jewel of Washington’s marine park system. This horseshoe-shaped island is accessible only by watercraft and boasts a population of just 4 residents.