Some of the most important work done by the Adventure Travel Trade Association (ATTA) involves exploring and understanding new destinations with tourism planners and passionate entrepreneurs who hope to build their commercial adventure travel markets. 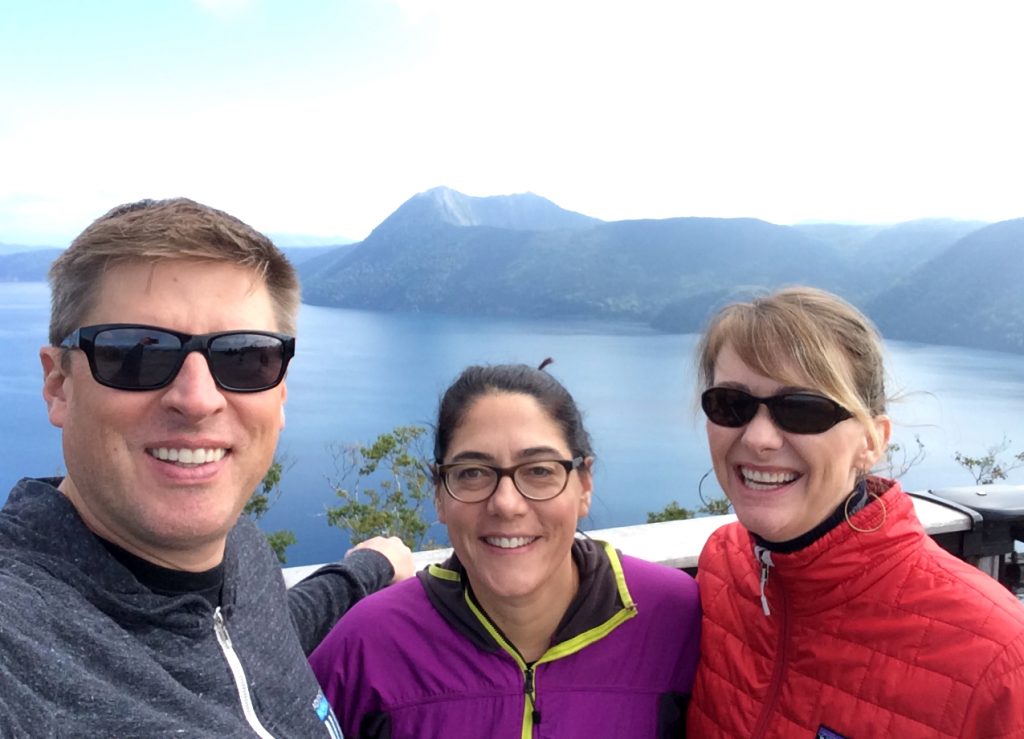 Shannon Stowell, Casey Hanisko, and Christina Beckmann during their visit to Hokkaido. © ATTA

Over the past two years, the ATTA has had the opportunity to meet and build new relationships with several adventure tourism stakeholders in Japan. This September, two different teams from the ATTA traveled to the country. One group (myself, ATTA’s CEO Shannon Stowell, and ATTA’s president of business services and events Casey Hanisko) traveled through the northern island of Hokkaido and met with provincial and national government officials, local business owners, and guides as well as new and established tour providers. Along the way we convened Japan’s first AdventureConnect, a professional networking event, held in Sapporo.

A second group delivered an AdventureEDU training in Hokkaido’s port city of Kushiro. AdventureEDU educators Andrew Straw of Saddle Skedaddle and Jean-Claude Razel of Alaya Expedições joined Chris Doyle, ATTA’s executive director, Europe, to deliver courses on adventure tourism trends along with a roadmap for adventure market development. They also offered an in-depth course on adventure tourism product development and marketing as well as a session dedicated to building cohesion and connection among businesses called the Adventure Community Builder. More than 75 people from the region attended the training. After the EDU training, Doyle continued on from Hokkaido, visiting with government officials and tourism businesses in the Nagano prefecture on the island of Honshu.

As in many regions of the world, economic and environmental leaders in Japan are striving to learn more about adventure tourism as they investigate a range of interventions and tools to help address a set of complex national issues. Three primary intersecting factors are driving Japanese interest in adventure market development at this time:

According to data from The World Factbook, 41 percent of Japanese people are over the age of 55 and nearly 30 percent are over the age of 65. Additionally, in some parts of the country, young people are abandoning village life for the city, shifting large portions of the younger demographic to more concentrated areas in Japan.

For certain Japanese destinations such as Hokkaido, domestic travel has been a mainstay of the tourism economy. As the domestic travel market continues to decline due to aging, the need to develop and plan for a sophisticated international market emerges.

Also related to the aging population comes concern over the loss of culture and traditional heritage. A small youth population strongly influenced by global markets and technology may easily lose its cultural heritage if it is not considered relevant and interesting.

JNTO reports arrivals in 2017 were 20 percent higher than in 2016. This rapid increase in inbound tourism arrivals suggests a need to distribute travelers throughout the country and diversify tourism offerings. 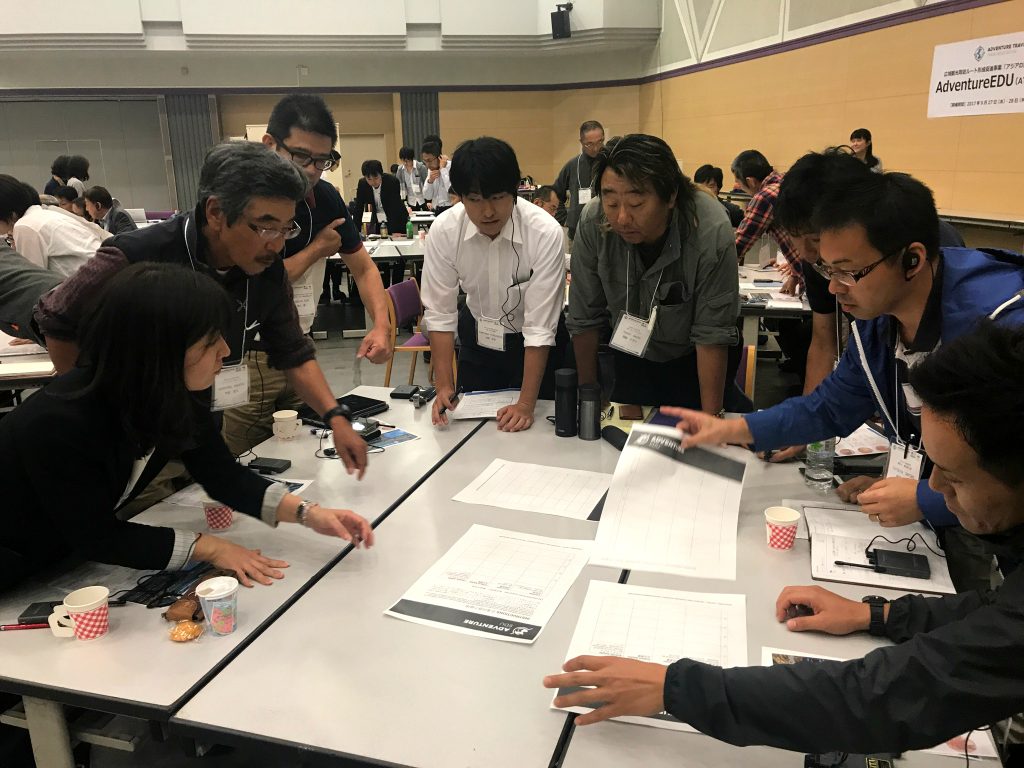 Given these realities, adventure tourism’s relatively low requirements for capital investment when compared with mainstream tourism development, and a central focus on culture and natural assets, suggest it as a viable economic development option in the country.

Of course, there is no question that Japan’s abundant natural resources and distinctive cultural story are appealing for adventure travelers. The development work to be done, however, will revolve around building community to strengthen the supply chain and coaching a broader network of suppliers on the nuances of delivering engaging, interactive experiences in a style of travel that is still new to many Asian travelers. Enhancing the foreign language skills of guides and those working on the front lines with travelers will also be important.

Significantly, Japanese stakeholders are taking steps to prepare the foundation now for a successful commercial adventure industry in the future. This foundation includes bringing in community leaders from the beginning and planning for responsible management of resources that could one day become very much in demand.

From Lake Akan to the Shiretoko Peninsula and the Kushiro River to the Nakasendo Trail, the ATTA team members were moved by the many places they visited. Lake Akan, known for its crystal clear waters, was serene and mysterious, nestled in the Akan Volcanic Complex. The volcanoes here are alive; on a gentle forest hike, the ground temperature was warm enough to steam, and in some places, we found bubbling “mud volcanoes” called bokke. Hokkaido’s Shiretoko Peninsula offered kayaking with the promise of drift ice walking for travelers who visit in February. 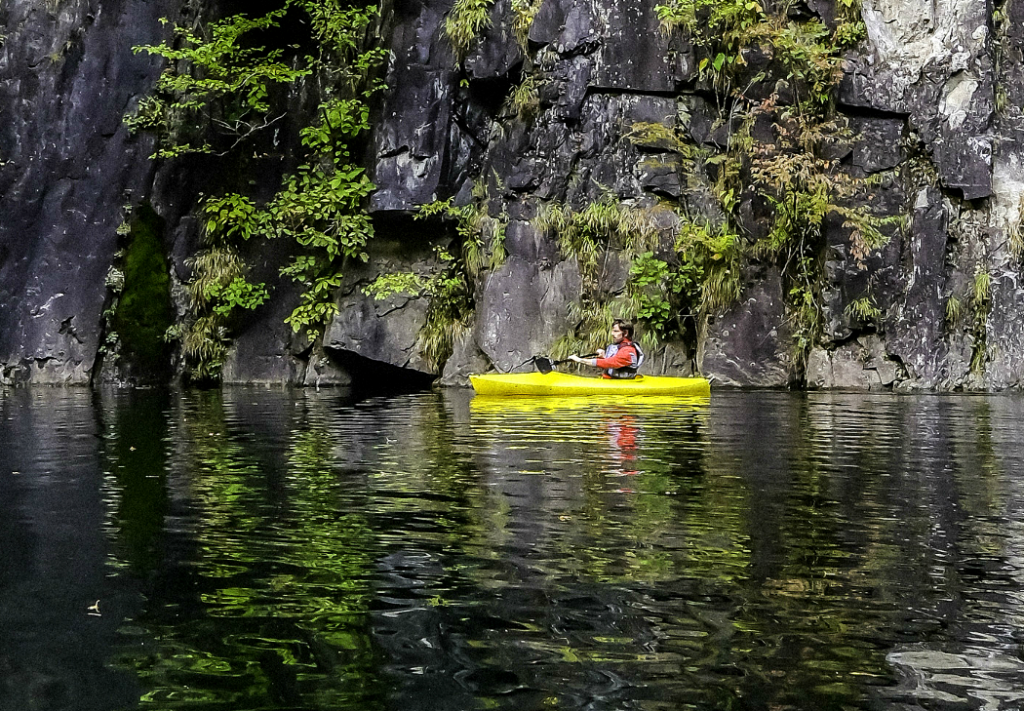 South of Hokkaido, on the island of Honshu, a short visit allowed for a taste of the Nakasendo Trail used by Japan’s warriors (the shogunate) since the 17th century. The entire Nakasendo Trail is 533 km and links Kyoto with Tokyo. Hiking through numerous small mountain villages, Doyle heard from local people who shared their concerns and hopes for how well-managed tourism might help keep their history and culture alive.

“It is difficult to convey how truly and deeply the Japanese we met with are committed to forging ahead with responsible adventure tourism development,” Doyle said. “With their cultural leanings toward thoughtful and conservative strategies, matched by their patience, respect for relationships, tradition and heritage, and the protection of family, community, and nature — all attributes shared by our global adventure tourism community — I believe the Japanese are destined to realize a successful future in this realm.”

The ATTA expects to continue working with the many regional stakeholders in Japan in the coming years, supporting these committed groups as both the public and private sectors collaborate to frame their respective destination development, management, and marketing strategies. Look for our Japanese colleagues at upcoming events including the March 2018 AdventureELEVATE in Banff, and stay tuned for news of future AdventureEDU trainings in the region.

2 Comments to Intrigue Builds for Adventure in Japan