From the well-crafted educational content delivered in local languages to traditional music that filled the air during breaks between sessions, AdventureNEXT Latin America delegates united under the event theme of ONE FORCE. Held 7-9 November in Campo Grande, Mato Grosso do Sul, Brazil, AdventureNEXT Latin America drew hundreds of delegates from more than 20 countries who shared a desire to support the region’s growth and development as well as the adventure travel industry in general. 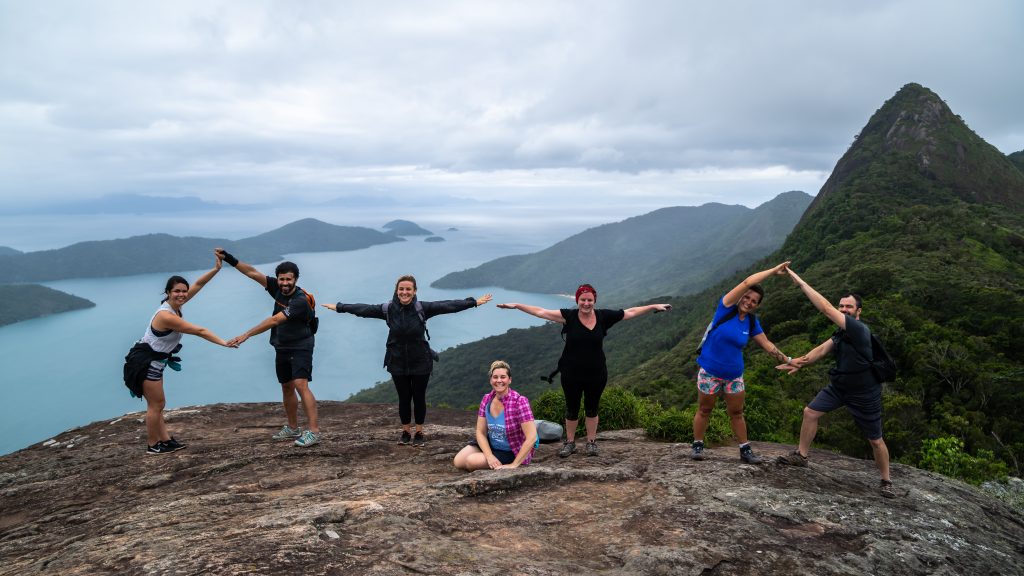 Following the successful AdventureNEXT model, the event combined its popular Pre-Adventures, on-site education, and networking opportunities while placing a special emphasis on the region. Delegates participated in Pre-Adventures in Pantanal, the Amazon, Iguassú, and beyond, and enjoyed traditional cuisine throughout the duration of the event. This was the first time sessions were led in the host country’s language, Portuguese, and also the first time delegates were invited to participate in an AdventureEDU training.

“After attending the Summit in Salta, I thought we had to bring this community to Campo Grande. We needed a small, high-quality delegation that could bring ideas and experience to inspire and share market tools with our local industry players,” said Bruno Wendling, managing director of Mato Grosso do Sul Tourism Foundation. “This AdventureNEXT is a perfect fit for us — it is challenging us and we are able to learn and share our experiences with each other to become stronger.”

Hosting AdventureEDU Jumpstart sessions — one for tour operators and one for tourism board representatives — in tandem with AdventureNEXT Latin America made both opportunities more accessible for delegates. In the tourism board-focused AdventureEDU Jumpstart, 35 tourism board representatives from across Latin America gathered in Campo Grande to hear from the Adventure Travel Trade Association’s (ATTA) regional director of Latin America, Gabi Stowell, and Jorge Moller, director of Regenera ONG, to learn about best practices and consumer trends shaping the adventure travel industry and demographics, values, and motivations of the modern adventure traveler. Moller delivered practical examples of ways tourism boards can address overtourism in their most popular sites and destinations.

One of the most enlightening moments of this particular AdventureEDU Jumpstart was when Moller introduced the idea that tourism boards need to find a balance between competition and collaboration. It’s common for tourism boards to consider each other as competitors as each destination aims to position itself at the forefront of the global adventure travel market, however, there is also the opportunity to work together to develop efficient ways for travelers to visit many destinations, thus benefiting several tourism entities and local economies. Moller shared the example of the Wild Atlantic Way, whereby Ireland and Northern Ireland created the world’s longest defined coastal touring route.

“The topics of the EDU conference have been very enriching since they provided updated information, recommendations on actions for social media, image management, and communication — issues that are extremely important for the brand positioning of a country,” said Mariela López Piedrasanta, coordinator of tourism segments for the Guatemalan Tourism Institute. “For me, the EDU has been the best part of AdventureNEXT Latin America.”

With information and ideas at hand, Gabi Stowell delivered tips for working with international media. She touched on the differences between traditional media and influencers/bloggers and the way content from these two media types is told in print and digital formats. This was timely as many of the participants also joined AdventureNEXT Latin America, where they had an opportunity to put what they learned into practice by connecting with 15 carefully selected official media delegates from around the world. 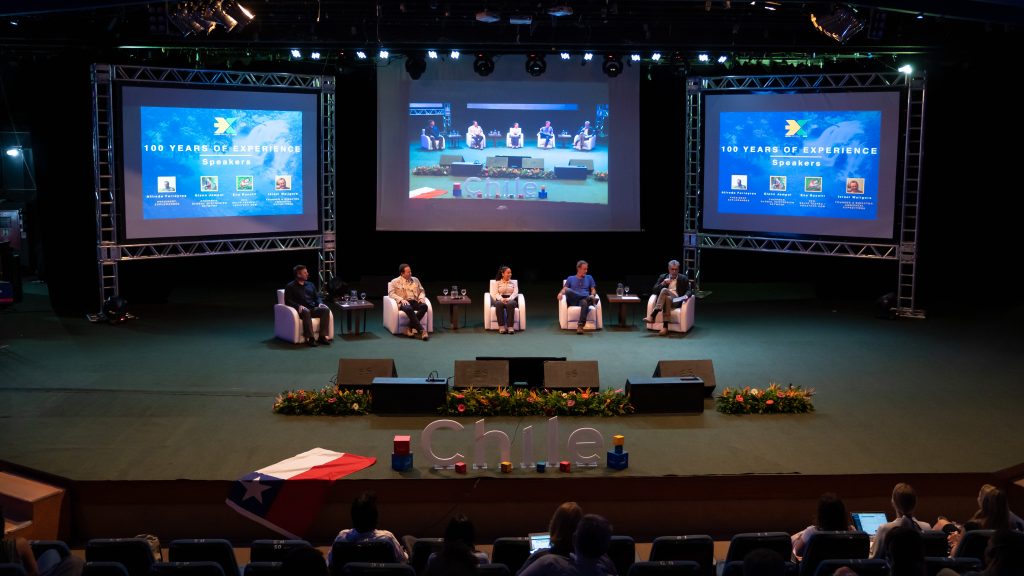 For delegates who had a break in their networking schedules, educational sessions were offered throughout the day. For example, in Innovative Partnership Models in a Dynamic Sector, a panel of industry experts led by Eric Aguirre of Under30Experiences shared four different perspectives of working with partners and marketing to Millennial travelers. During the session, Eduardo Pedraza, co-founder of INTU, a boutique content and digital marketing agency, advised delegates that, while “there are many approaches you can take when working with gear brands, it is most important to have a plan. Come to them with an idea and the steps to make that happen.” For companies interested in how to take that first step with a gear partner, he suggested providing them with a story to use in their marketing channels right from the start. “Don’t give the company the task of documenting you,” Pedraza said. “Give them the content. Create the content and approach the brand with the story, and once they see the effect, they will invest in you more.”

With AdventureNEXT providing the space for the adventure travel community to unite and discuss the future, there is always an opportunity to reflect upon past lessons learned as well. One of the most powerful keynote panels was 100 Years of Experience in which Adventure Travel Trade Association (ATTA) CEO Shannon Stowell moderated a panel with four veteran industry players who have more than 100 years of combined experience. During the panel, Ena Buenfil, CEO of Selva Teenek, stressed the importance of conservation, social upheaval, and the digital space in the current age of adventure travel. “People can find activities on their own online nowadays, so we have to think about what kind of experiences we are going to have in our tours in order to make a difference, to create a feeling about the area and the country we are visiting,” she said. Glenn Jampol, chairman of the Global Ecotourism Network, discussed the current hot topic of sustainable tourism, both challenging and inspiring the audience with his insights. “The idea of sustainable tourism has to become a word that disappears because all tourism is sustainable,” he said.

In addition to AdventureEDU content and educational sessions held during AdventureNEXT, delegates had plenty of time to meet like-minded colleagues during the Disruptive Networking Adventure and two full days of one-on-one meetings during the Marketplace. AdventureNEXT Latin America included two separate Marketplace sessions — one focused specifically on Brazil and the other on Latin America — where nearly 750 meetings took place between 65 suppliers and 50 buyers. “Attending Marketplace allows us to get in front of tour operators who are interested in our products in the Pantanal. It’s a great opportunity to meet and directly connect with people we would never otherwise have the chance to see,” said Ney Gonçalves, director of Impacto. 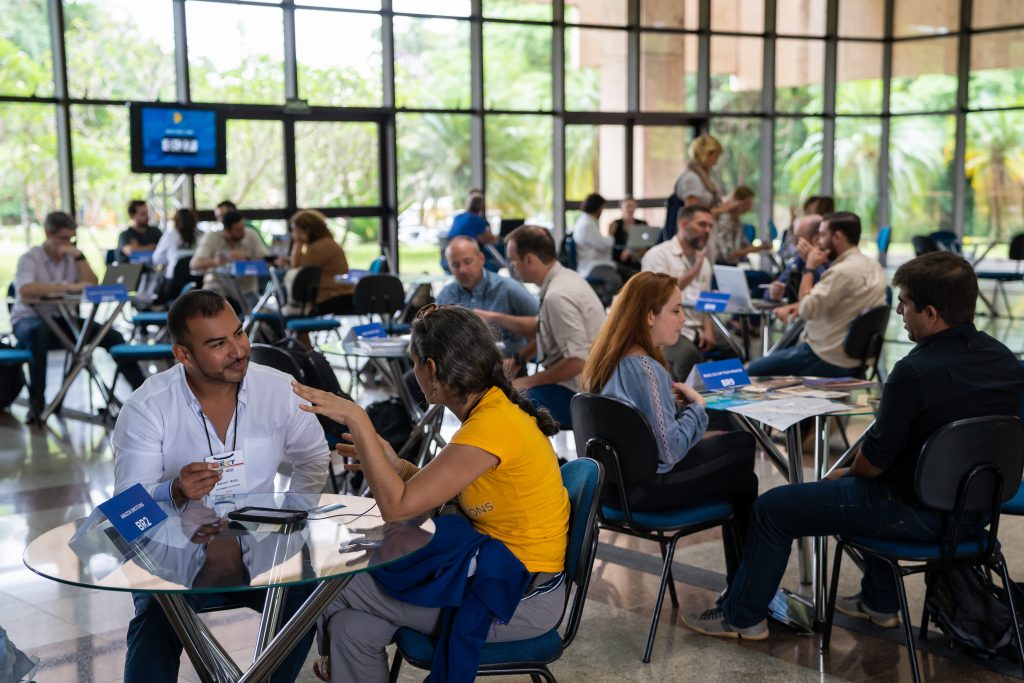 Throughout AdventureNEXT Latin America, the singular idea of coming together was at the root of all interactions. “ONE FORCE recognizes that, as adventure travel professionals who care about the future of tourism, we need to work together to be responsible, that we are all on the same boat and to deal with the challenges on an individual basis is swimming upstream,” Shannon Stowell said. “ONE FORCE calls out the need and want to work together to make our industry better.” The destination partner, Mato Grosso do Sul, welcomed every delegate to experience the local culture as though each was being invited into the home. Between each session, a Pantaneiro played his horn, and he even encouraged delegates to try roping “cattle.”

During the opening keynote, Julian Guererro, vice president of ProColombia, and Gregorio Uribe of Colombia Music Travel invited delegates to experience the regional culture with music and a performance that introduced the inner journey music and travel offer. They talked about using music during travel experiences to create another level of transformation. “An image is worth a thousand words,” Guererro said, “but a soundscape is worth a thousand images.”

The closing keynote, led by Tania Zapata, a professor with IADH – Human Development Advisory Institute, touched on finding purpose and was an appropriately passion-filled conclusion for the emotionally charged event. “It is not competing, it’s cooperating — uma força!” Zapata declared as delegates stood hand-in-hand to close out the successful event.