As my airplane approached Bhopal, India, the neon orange sunrise blanketed the horizon. I snapped a mental photo, hoping to hold on to the rush of excitement surging through my veins as we counted down the days to AdventureNEXT India.

En route to my hotel, the taxi wove through early morning traffic. Children poured across roads to reach schools. A family glided across an intersection, the father in a brilliant white shirt with a dangling tie guarding his family from oncoming vehicles while the mother’s bright-sky sari and gold-gilded cloth handbag juxtaposed with the dusty road and faded plaster-brick storefronts. Her three children were dressed smartly in school uniforms. Motorcycles wove between pedestrians while adroitly avoiding cars and bikes volleying for empty space on the road. A noble-looking cow, dusted gray and white with a blank stare, moved across the busy road with no obvious sense of pace.

My senses buzzed. This was the pulse of Bhopal, the capital city of Madhya Pradesh (“the heart of India”) and host to AdventureNEXT India. 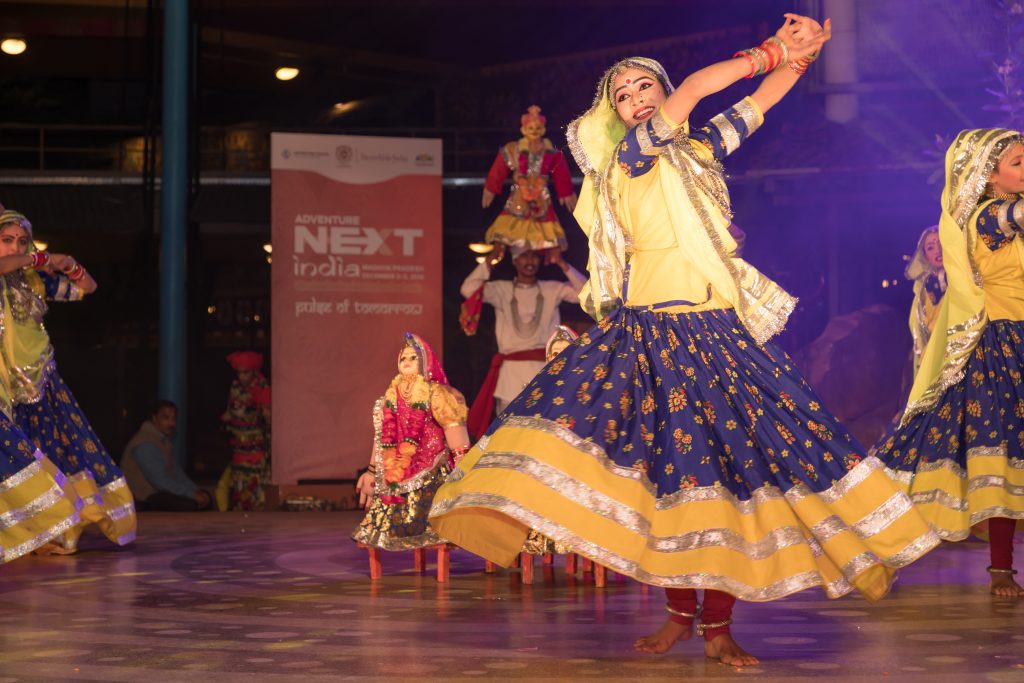 The first event of its kind in East or South Asia, AdventureNEXT India (3-5 December 2018) drew more than 200 international and local travel professionals from 31 countries interested in this emerging adventure travel market. Hosted by the Madhya Pradesh Tourism Board, facilitated by the Adventure Tour Operators Association of India (ATOAI), and led by the Adventure Travel Trade Association (ATTA), the event was the culmination of many years of dreaming, planning, and cooperative efforts of like-minded stakeholders. According to Akshay Kumar, chairman of the ATOAI AdventureNEXT Committee, he and his colleagues “have been pestering the ATTA for nearly a decade to bring an ATTA event to India.” Their efforts, along with those on behalf of the Madhya Pradesh Tourism Board, paid off, and, Kumar said, “This event has created waves in the tourism industry and will be remembered as one of the most professionally organised B2B events ever.”

Highlighting the theme, Pulse of Tomorrow, AdventureNEXT India immediately introduced delegates to its colorful city full of character and personality. To prime delegates’ intrigue and senses before diving into professional development and networking, everyone was treated to active cultural excursions in and around Bhopal. The welcome ceremony was held at the Tribal Museum of Bhopal, which features an intricate curation of traditional art exploring folklore, lifestyle, rituals, and social customs of Madhya Pradesh’s seven Indigenous tribes. “It is perhaps the best museum I have seen of its kind in the world,” said Shannon Stowell, the ATTA’s CEO. 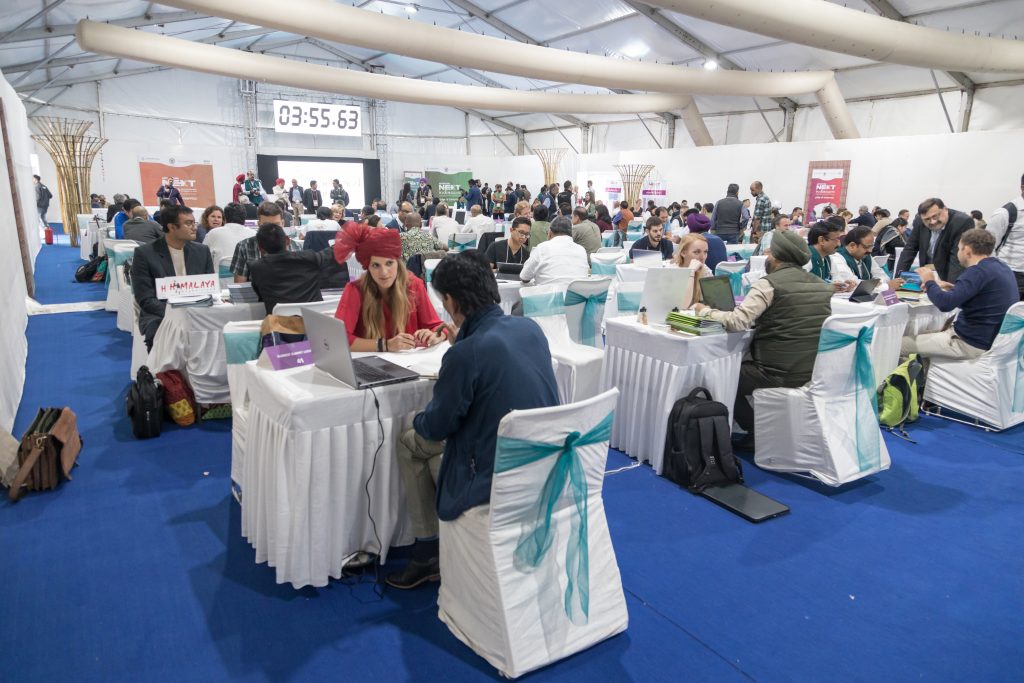 Timely and relevant education is a central element to all ATTA events, and AdventureNEXT events, in particular, deliver content tightly focused on delegate needs. International buyers and media learned about the socio-cultural landscape in Madhya Pradesh and India in general while Indian suppliers found sessions on branding, marketing, social media, and tourism opportunities in virtual reality pertinent. During a well-attended panel discussion about the delicate balance between tourism and wildlife conservation, speakers touched on the economics and challenges of managing wildlife tourism. “Too much tourism will kill the gorillas. No tourism will kill the gorillas,” said Praveen Moman, founder of Volcanoes Safaris in Rwanda. “There must be a balance.”

The event’s keynote addresses also encompassed inspiring and challenging topics such as increasing global prosperity, sustainability, and mitigating environmental impact. As is often the case at ATTA events, keynote speakers not only inspired but were themselves impressed by the content. “It is rare to see such a forward-thinking trade association that adds value to its members by inspiring them and other stakeholders to pursue ambitious goals that make the world a better place,” said Sanjay Bhargava, CEO and founder of Bharosa Club and a key driver of PayPal’s global success.

Once again, the ATTA’s signature Marketplace networking session, featuring one-on-one meetings among buyers, media, and suppliers, had a steady stream of packed tables and lively conversations from start to finish. “For me, the Marketplace was far better than any other that I have ever attended,” said Swadesh Kumar, a 30-year veteran of the adventure travel industry and ATOAI’s president.

ATTA events are also increasingly incorporating non-traditional components, and this was especially true at AdventureNEXT India, where delegates participated in sessions focused on traditional music, textile crafts, and storytelling. Many tapped into their inner artist and painted in the style of internationally renowned Gond painter Jangarh Singh Shyam while his brother-in-law and daughter shared inspirational stories of the deceased local hero. A personal highlight for me was the colorful on-site tribal craft bazaar, where local artisans taught us how to spin pottery, drape a sari, spin thread, and design fabric with locally inspired patterns. I was wrapped in a pagri by a local master named Viru, transforming my drab Western self into a proper-looking groom, much to the delight (or was it amusement?) of the surrounding artisans. 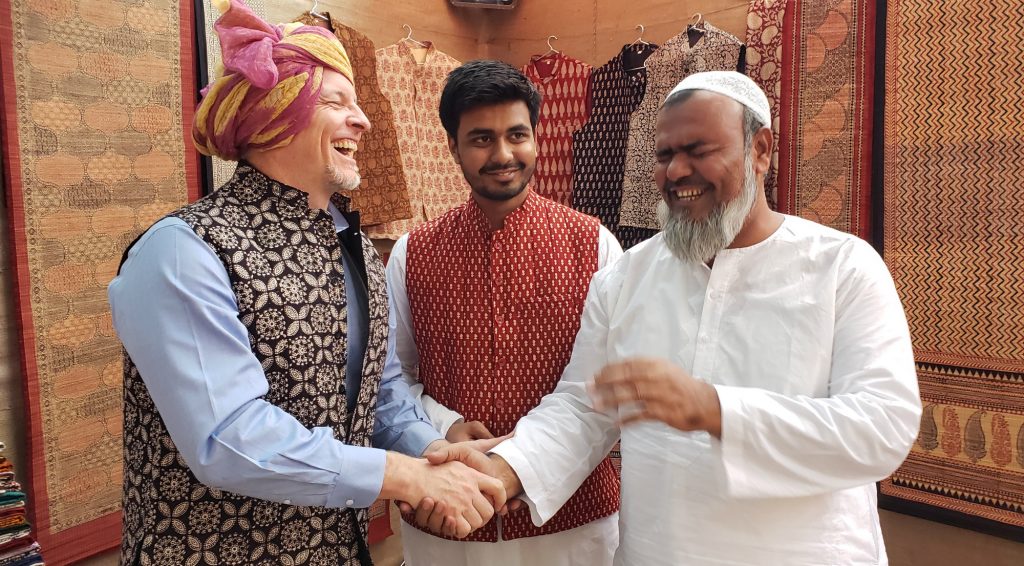 The pulse of Madhya Pradesh’s colorful cultural heritage was also on full display during the closing party, held on the shores of Lake Bhopal. Students from Ustad Allauddin Khan Sangeet and Kala Academy entertained delegates with four distinct styles of classical Indian dance. Athletic and refined, the dancers performed with energy and enthusiasm, their ancient movements layered with modern frenzy.

Madhya Pradesh’s deep cultural heritage and diversity ran through all aspects of AdventureNEXT India. Home to approximately 40 parks, sanctuaries, and reserves as well as three UNESCO World Heritage Sites, Madhya Pradesh possesses abundant natural and cultural resources — a natural fit for an AdventureNEXT event. “Madhya Pradesh aims to be a model to the entire world in our commitment to developing sustainable adventure tourism,” Mr. Rao said.

During Pre-Adventures, delegates journeyed along seven “routes” to sample the area’s wide range of adventure travel assets, including thriving national parks, wildlife reserves, ancient temples, and geographical wonders. “Seeing a leopard just outside of a national park was the icing on the cake,” said Vaibhav Kala of Aquaterra Adventures, who participated in a post-event tour. 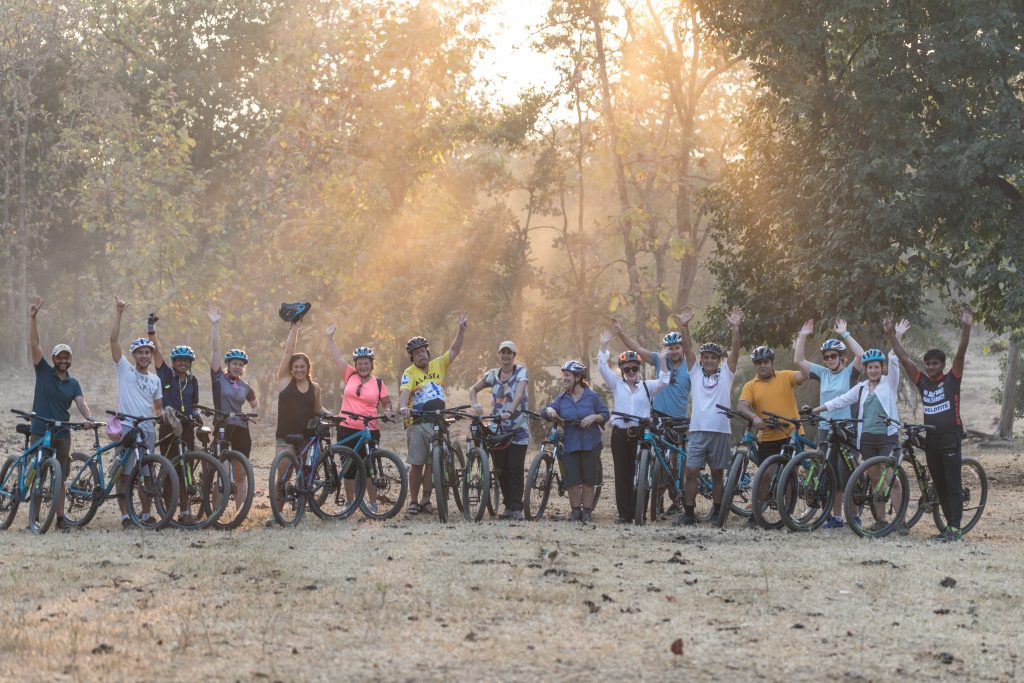 Delegates participated in adventures throughout Madhya Pradesh, which is known in particular for its wildlife encounters. © ATTA / Border Free Travels

My first encounters in Bhopal, with its sounds, colors, and stimulating movements, were only a glimpse of this nation’s lifeblood, which sustained and supported AdventureNEXT India. In the future, I’m certain we will look back at this event as the start of a new era in adventure travel in India, something that can be attributed to the heart of hospitality Mr. Rao so movingly expressed in his opening words at the event: “The ancient Vedic religion spoke of the way ‘god’ is in everything and everyone. This is a land where every tree is worshipped. This is a land where every river is worshipped. Where every mountain is worshipped, and every stone is worshipped.

“I have been hearing the phrase ‘the entire world is my family’ since my childhood. So when you know that the entire world is my family, how do you express it?” Mr. Rao asked. “Well, you express it by organizing an event called AdventureNEXT because you bring the whole world together. I can assure you that over the next two days, you will forget which country you are from, because you will all become Indians. And, we will all become the world. I’m very sure that this is not your journey to India, but this is the beginning of your journeys to India. That’s my promise.”

It’s a promise I pondered with a satisfied heart as I began thinking about my next visit to India, my taxi winding through Bhopal’s roads on its way to the airport.