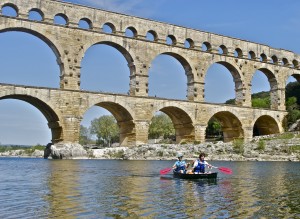 Thoughts of southern France and the Mediterranean Sea generally conjure up images of the Riviera, Nice and Cannes —  playgrounds for the rich and famous. But there’s much more to the region than that. Long branded as the place to go for sun, sand and the sea, mass beach tourism has traditionally been Montpellier’s principal tourism sector.

Languedoc-Roussillon is not short on nature or beauty and with the modern traveller’s renewed demand for authentic, memorable and exciting trips, Languedoc has jumped to meet these needs. Building on what already exists in the region, Languedoc-Roussillon is steadily invigorating its brand as a high-quality adventure travel destination in the south of France. Languedoc’s investment in using the emerging trend of adventure travel to reinvent their region became the central theme of the recent Sud de France-sponsored AdventureConnect event held in Montpellier on April 16, 2015. 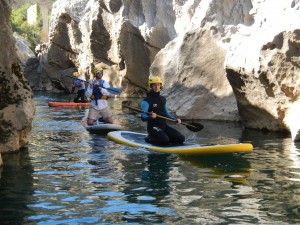 From the arresting Cevennes Mountains in the north (elevation 1,702 meters) and Port-Camargue — one of the largest marinas in Europe — to majestic cities such as Montpellier and Uzès and adorable villages such as Saint–Guilhem–le–Désert, from amazing Medieval castles like Carcassonne all the way to the Gardon River and the breath-taking Roman aqueduct, the Pont du Gard, Languedoc has much to offer. Add to those sites globally competitive wine and gastronomy, diversity in culture due to its location between Spain and Italy, and “Voila!”, Languedoc already has the makings of a world-class adventure destination. And, it’s no stranger to adventure, as among the many outdoor activities the region offers, it is also the birthplace of kite surfing. 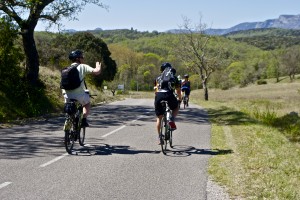 And it’s about to become a larger “department” due to France’s recent decisions to merge two regions — Languedoc-Roussillon and Midi-Pyrénées, which will add even more to the already bountiful adventure offering. Nestled in the heart of the beautiful Pyrenees Mountains, it will add 30,000 km of footpaths including the famous St. James’ Way — one of the routes to Santiago del Compostela — as well as more than twenty ski resorts, fantastic cycling routes inspired by the Tour de France, cliff-top medieval villages such as Rocamadour and the beautiful city of Toulouse.

“I think Languedoc-Roussillon has a lot to offer, but it’s not known for it,” says Marion Bavonneau of VTR Voyages, which specializes in holiday packages featuring sports such as skiing, kitesurfing, canoeing and others. “You can go canoeing and then have a glass of wine on the river—and it’s so easy to do both!” 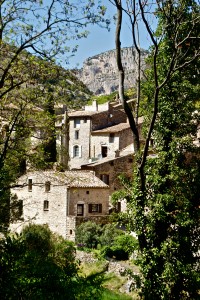 There are challenges of course. One particular issue is language. France is not known for high English proficiency and this was one area that the nation as a whole and the tourism industry in particular will need to improve on in order to welcome more international tourists. Most of Languedoc-Roussillon’s tour operators at the ATTA event indicated that they wanted to expand their international markets farther into Europe, North America, and Oceania, which makes English proficiency a priority.

During AdventureConnect, French suppliers sought solutions for how to deal with the language issue, which admittedly, may take a generation to remedy. One solution that was discussed had to do with securing technical, English-speaking guides from outside of France carrying both technical and “soft skills” to work alongside their French counterparts: the cost of doing so arose as the most significant barrier to such a solution. However, it may be the only effective temporary solution until the language barrier is broken.

Along with improving language proficiency, enhancing the “soft skills” side of of the traveller experience is viewed as a key to success in the region – this includes interpretation skills, commitment to responsible tourism practices, managing groups, and so on. Parallel to soft skills development, safety and risk management is another challenge. 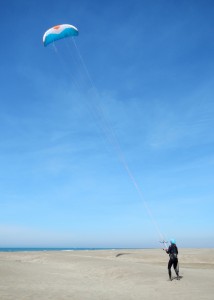 One operator, Camille Salgues of Natu’Rando, which organizes kayak and bike tours around the famous Pont du Gard, summed the delicate balance between adventure and risk management quite well: “Tourists always want an authentic, exciting experience, but at the same time, we don’t want to do anything too dangerous or extreme because we are concerned about their safety.”

To provide experiences that meet the client’s demand for compelling adventures while ensuring their safety, tour operators must find a balance where the client feels (s)he is getting a quality adventure while managing and mitigating risk. And, while France is often recognized globally as having some of the world’s best technically certified guides (e.g., for climbing, kayaking, mountaineering, kite surfing, etc.), complexities remain in accepting international guides in France who may carry “universal” certifications for various activities, which won’t yet be accepted in France.

Regarding authentic experiences in Languedoc-Roussillon, tour operators are working together in order to continue raising awareness of France in the eyes of international adventure travel enthusiasts. They’re increasingly using local products and partnering with local artisans, restaurants, wineries, entertainers and musicians to create unforgettable itineraries. Throughout the ATTA team’s week in the region (which included road cycling, stand up paddling, canoeing, kayaking, kite surfing, wake boarding, caving and a bevy of culinary experiences thanks to Discover France, Natu’Rando, Club30Kite, La Grotte des Demoiselles, and Gout d’Aventure), it is clear that a new climate of cooperation is emerging. And judging by Sud de France’s investment and expressed interest in future regional and potentially global adventure tourism events, it’s likely they will succeed in their quest.