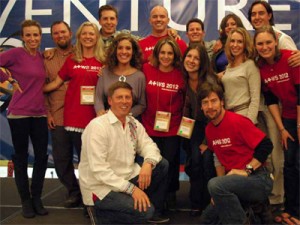 The ATTA team at the 2011 Summit in Chiapas.

Seattle, WA.— Responding to its diverse and growing base of nearly 800 businesses and tourism organization members representing 82 countries – up from approximately 100 members and a dozen countries in 2005, the Adventure Travel Trade Association (ATTA) today unveiled the first-phase of a multi-year regionalization strategy designed to better address the destination-specific needs, challenges and opportunities of leaders pursuing responsible adventure tourism development worldwide.

For its initial phase, the ATTA is intensifying attention on Europe, Latin America, Australia/New Zealand and North America in 2012, which will be followed in a later stage by increased specialization in Africa, Asia, the Middle East and other adventure-rich destinations. Its early geographic focus brings increased support to areas where the ATTA has established a foothold – areas that the organization recognizes as requiring deeper support and specialization in the immediate term.

“Within the context of our efforts to develop adventure tourism responsibly in a rapidly expanding market, we need to accelerate the development of tailored member benefits and services for our growing international business-to-business network,” said Stowell. “This mutual-gain strategy, with both short- and long-term goals, is expected to lead to improved awareness, business exchange, networks, best practices and understanding worldwide.”

Along with its new regionalized strategy, the ATTA also has promoted Jason Reckers to Vice President of Operations to support the new regional structure. Reckers will provide direct support to ATTA President Stowell.

The ATTA will continue developing its network through close collaboration with influential leaders dedicated to responsible tourism development and promotion. With its regionalized strategy, the ATTA plans to upgrade, tailor and further integrate regionally specific education, training, news, research, events, networking and education services to meet the specialized needs of its membership in each region.